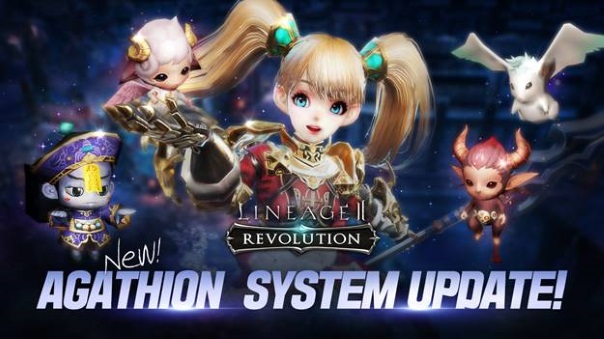 A major update is hitting Lineage 2: Revolution which introduces new pet companions called “Agathions” for in-game heroes. This new Agathion System lets players equip these pets, alongside mounts and summons. Unlocked at level 15, these Agathions do not participate in combat, but they do have substats to help increase the power of heroes. Agathion substats range from P. Atk. / M. Atk., Max HP/MP, Penetrate, Resilient, Crit. Rate, Critical Resistance, Accuracy, and Evasion, which can all be obtained from most equipment and soul crystals. The main difference is that Agathions have a set substat, so players cannot adjust these values, but can only increase and strengthen their Grade. For strengthening Agathion substats, players will use the Agathion Menu’s Strengthening tab for a cost of 30,000 Adena or 300 Red Diamonds to increase the selected substat.

In addition to this new system, a new Field Boss has arrived, named Marlox. They will summon Demon Totems, which need to be destroyed. Failing to destroy three of them within the time limit will cause a powerful AoE attack to occur, called “Demon’s Sword Aura”. A new territory named Schuttgart will also be available to explore. The territory includes the Northern Immortal Plateau, Schuttgart Snow Field and Spine Mining Zone, as well as new Main Quests, Runes and monsters for players to explore.

Players will get a bit of help in taking on these new challenges, as the max level will be expanded from Lv. 320 to Lv. 360. For current players at Lv. 320, this will challenge them to reach the max level again. In addition, after reaching Lv. 360, players may accrue Exp. up to Lv. 370 and also increase Skill Levels.