Elune Review: A New Coat of Paint on the Gacha Formula 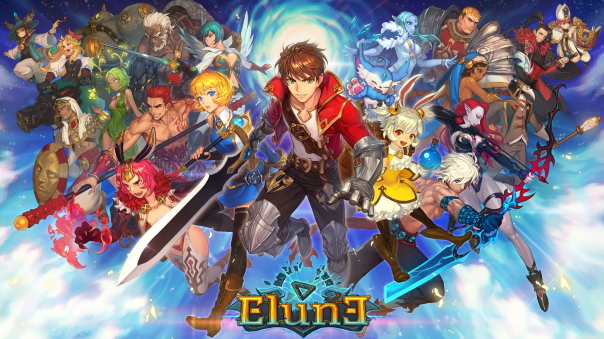 I enjoy playing Gacha games on occasion. I don’t mind the constant rerolling and farming to improve/evolve my characters. I draw the line in the sand when I feel it is heartlessly greedy, or not worth the time vested. Elune does something sincerely different (across all of the Gacha titles I’ve played on mobile) that I approve of, and it’s both a good thing and a terrible thing at the same time. Before I go further, I want to address this feature: Re-Rolling. Elune has an option where you can do a 10 roll, for 30 dollars. Now, that sounds like a lot, and that’s because it is. You have the option to reroll the entire ten characters up to 30 times. During each of these rerolls, you can reroll another three characters out of the 10. This is a fantastic way to get a ton of great characters. You can reroll over and over until you’re happy, and then pay the 30 dollars for Guaranteed Select. The problem with this lies in that it’s 30 dollars! While doing so once isn’t the worst thing in the world, my problem lies in that whenever more characters come out, 30 bucks is very steep if you want a better shot at them. If there were other options to reroll without spending so much real money, I’d have less to complain about.

The battlegrounds and battlefields both are incredibly appealing on a visual level.

The dimensions of this game have been shattered, thrown into chaos, and it’s up to the Elunes to set things right. In traditional gacha mobile form, you recruit a group of Elunes to command in battle. You’ll get one of those Select Summons at the beginning, and now that you know how much it is to do it again, don’t be afraid to keep reinstalling/starting over to get exactly what you want. You can get Legendaries and Epics (4/5 star characters) through this, and I believe I received two 4-Stars and one 5-Star, so I was very lucky. Your team’s strength is based off of a “CP” system, and each stage has a CP recommendation. The number starts off innocuous enough, but by the third or fourth map, you’re looking at a rough 15K CP. To give you an idea, my team was at 26k, and still had someone dying at least once a stage, thanks to only having one tank. If I’m unlucky, it would be two or three of them dying. Success in a stage is rated on a star system (1-3) stars, and each objective gives a star. Typically it’s “No deaths,” “Under 50 turns,” and “Clear the Stage”.

Combat is standard gacha RPG fare. Each character in your party has a trio of attacks. Each attack has a Soul Cost: one will have a 0 cost, which will give you one more point to your gauge. Then there is a secondary, with an average 3 cost, and then an ultimate ability, which seems to average around 6. Characters also have Passive abilities, which you can read about in the Elune Menu. One of the things that made battles more difficult for me is that I only have one tank, and Elune has a two-row system. You have two characters in the front row, that are more likely to be hit, and a back row. I wind up needing to put one of my damage units in the front row since I have a pair of supports and damage in the back. This isn’t a negative on the game, just my rotten RNG. Each map has a series of stages, leading up to a big boss at the end, and each stage will have at least one wave (but usually two or three). The combat is standard fare for gacha RPGs – spam abilities, pop ultimates when you can, move to the next area. The combat is actually enjoyable to watch and play, and the auto-battle is pretty smart. It actually uses your ultimate abilities! That’s a serious plus in my book.

Evolution is in fact, a mystery.

At the end of each map, you’ll have a massive boss to fight, which will also appear in the Boss Battle mode. The maps also have an alternate, optional difficulty (Hard), where everything is amped up. I was able to get through the first hard map or so after a few days of playing, though I imagine a great deal of luck was required. Hard Mode can only be begun after you clear the map, and it has another feature for further rewards. Simply clearing stages gives rewards like Elunes, gear, seeds (for evolution), but there are also NPCs attached to each Hard Map. In addition to the regular stage rewards, you get items that you can use to gift to these NPCs. They’re shown in the bottom left of your Hard Mode map. As you increase the affinity of these characters, they give Elune’s Seeds, Rubies, Gold, and other rewards. So make sure to look at what each offers, and focus on the ones you want. You’ll crush your way through these stages and maps until you aren’t strong enough to anymore. That’s a fine segue into increasing power.

Your Elunes gain exp every battle. Sacrificing your weaker Elunes for exp is another option. The game defaults to only letting you filter through the 3-star or lower Elunes, but you can change that filter at any time. Once they hit the level cap, you can evolve them if you have the right items. Completing stages, daily/weekly missions, and optional battles will all help you get these materials, as will the login rewards. In the Elune menu, you can also equip them with gear, equip their Skill Gems, change their costume, read about skills, and upgrade Skills! This is where things start to aggravate me. To get Skill Books, you need Skill Pages. These drop from Pirate Battles, which have a random chance to pop up after a normal battle. This is random, and there’s no way to tell if Pirates will show up that I’ve seen.

You need ten pages to create a Skill Book, and you need the correct Skill Book in order to enhance a particular Elune skill. I’ve been playing actively for a week or so now, and I’ve yet to be lucky enough to complete a single book. I have not noticed any. So, be aware that if Pirates show up, you need to fight and destroy them, so that one day, you too can have Skill Books. It’s much easier to evolve units than in other gacha games I’ve played though, so that’s definitely a positive. Eventually, you’ll unlock the Elune Training Ground feature, which will let you level Elunes without even being in battle, so if you have someone you’ll want to use, or to make them a more valuable sacrifice, that will be an option. Luckily, if you are in need of class seeds (for evolution), gear, or other currencies, the game has plenty of options.

The Lighture Temple is the first option you’ll gain, which has a different dungeon you can enter once a day for a variety of class seeds. With Rubies (real-money currency) you can do them again. Boss Battle can be done for better gear, and Dimensional Rift is a series of challenging battles for Rubies and Gold. You have 50 turns to complete increasingly difficult waves of enemies. Heir Battle is the PVP mode for this game, where you gain Honor Points and climbs the ladder. Chaos Tower is the next option, where you fight monsters on each floor, and this unlocks when you complete the “Lumen” Map. There are rubies and summons that you can gain as a reward in this mode. Alliance Boss can give you Permastones and Gear for challenging encounters. While I do get frustrated suddenly being too weak to do the main story, I have tons of options to do other content in the game. It’s unfortunate that none of this really stands out amongst the endless horde of gacha games on mobile. I will say the character design and visuals for Elune are absolutely beautiful.

I enjoy the gameplay, and the amount of missions and things to do. There are missions and achievements that are easy to complete for worthwhile rewards. The cash shop is where it all falls apart though. The cost of summons absolutely baffles me. It costs 300 Rubies to summon 10+1 characters, for special events or normal summons. Granted, there are a fair amount of free rubies you can get in the game. If you want to spend real money to make that faster, you’re going to have to spend some serious money. Why do games not sell Rubies in amounts of the bulk summons? 105 Rubies is 9.99, and you need 300 for that bulk summon. That means it’s 27 dollars in total. Each account has a once-per in the store for bulk Rubies that come with a nice bonus, but again, one per account. With how much it costs to make a bulk summon, you’re basically better off just doing the Select Summon we already discussed. This is my biggest complaint with Elune. I enjoy the gameplay enough to spend my downtime playing it. The cost of bulk summons is outrageous though.

It's a high price, but is it worth it? That's up to you to decide.

Purchasing Rubies also gives Elune Points, which can be used in the real-money store. Usually, the Elune Points amount you get is very small, unless you spend a bunch of money. For 100 Elune Points (2000 Rubies/99 dollars) you can pick up a single 5-Star Elune (Epic Rarity), 150 Elune Points for a select 4-star Elune, and for 300 Elune Points you can get a random 4-Star Legendary. For smaller amounts, you can pick up seeds for evolution. That’s the only major issue with the game. The PVE and PVP is similar to other games on mobile, and you don’t have to reinvent the wheel. If that sort of thing doesn’t bother you, or you avoid spending money on mobile games at all costs, you can still enjoy the game. The greed of summons is a definite turn-off.