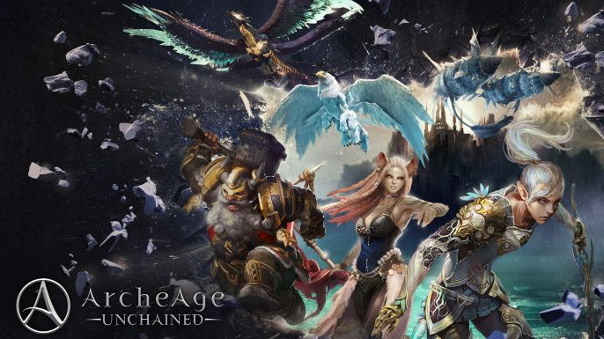 ArcheAge: Unchained is on the way soon, and Jason recently had a chat with Head of Development, Mervin Lee Kwai. They discussed the inspiration behind the game, how long this has been in the works, and how fair it will be for the playerbase at large. This could be a massive, important change for the MMO, and today you can learn more about what to expect.

Ragachak: In the past, ArcheAge has been labeled as a pay-to-win game, thanks to the real-money purchases. Did this factor into the creation of ArcheAge: Unchained?

[mleekwai]:  Yes, it did. Over the years, the comments about the game commonly state something to the effect of “ArcheAge could be the best PVP MMO of all time, but…”. With the release of Unchained, it’s our foremost goal to meet the expectations of our players and deliver the version of the game they’ve requested.

Ragachak: With that in mind, what ultimately inspired this version of ArcheAge: Unchained?

[mleekwai]: The Buy-to-Play version of ArcheAge is not a new topic internally. It’s a project long in the making, originally under the banner of Trion, believed in and supported by XLGAMES, and brought to life by gamigo. It’s been a long journey and everyone on my team has always dreamed about it being a reality. It happened, finally, and here we are.

Ragachak: On the topic of payments, will players who purchase ArcheAge: Unchained on September 30th have additional expansion purchases at a later date (such as WoW/Final Fantasy expansions)?

[mleekwai]: Nope. Future ArcheAge content updates/expansions will be provided free of purchase, as they always have been, on both the Legacy and the Unchained version. We have some exciting stuff coming up toward the end of this year and an amazing content roadmap planned for 2020 and beyond.

Ragachak: For people who might be uneasy about purchasing ArcheAge, can you explain how unlocking the previously real-money advantage items will work?

The first two categories were stricken immediately from the in-game shop in the Unchained version, and not included in the ArchePass Premium Reward track. Some (not all) of the items in these two categories have distribution methods through gameplay systems, the ArchePass Free Reward Track, or simply don’t exist on Unchained. Items that are currently unavailable may remain that way indefinitely; we want to both preserve the level playing field of the Unchained environment and retain the special status of possessing these items on Legacy.

Ragachak: Is there going to be any optional subscription services in Unchained, and if so, what will they offer?

[mleekwai]: No. Our points of sale are the initial access purchase, the optional ArchePasses, and cosmetics in the in-game shop.

Ragachak: Is there going to be any content in Unchained that is not featured in the regular release of the game?

[mleekwai]: No, except for any content that specifically needs to be adjusted to support the Unchained model.  The ArchePass is the main example of this, although it may come to Legacy at some point. It’s more likely that Legacy will have some features that Unchained does not, like the daily login incentive system, for example.

Ragachak: What will the update schedule be like? Will both iterations of the game receive the same updates/expansions at the same time?

[mleekwai]: We’ll continue to follow closely behind the Korean version, trailing 4-6 months behind major updates, mostly due to the time it takes to localize the game into English, French, and German. Legacy and Unchained technically use the same client build, separated only by configurations at the platform level, and of course, the cash shop.

Ragachak: Were there any major changes that came up while developing and creating this new version of ArcheAge?

[mleekwai]: The ArchePass was a great new addition, developed by the combined effort of teams at XLGAMES and gamigo, specifically for Unchained. Significant effort was devoted to ensuring Unchained servers are successful in their infant state, things like disabling multi-clienting, increasing client security vs. third party programs, and a major change to how we handle in-game gold buyers and sellers. Most of the adjustments were related to service delivery, and not so much the game. It’s important to us to deliver consistent, similar content to both Legacy and Unchained to allow the players to choose the version they prefer.

Ragachak: How has the American and European community received this change?

[mleekwai]: We’ve been overwhelmed by the positive support from all regions. There’s a healthy bit of skepticism, but the team and I have placed priority on answering the questions from our community every Friday on our Livestream and social channels. We are committed to transparency in our approach and encourage everyone to see the changes in the flesh when the Unchained version is available on our Public Test Service early next month.