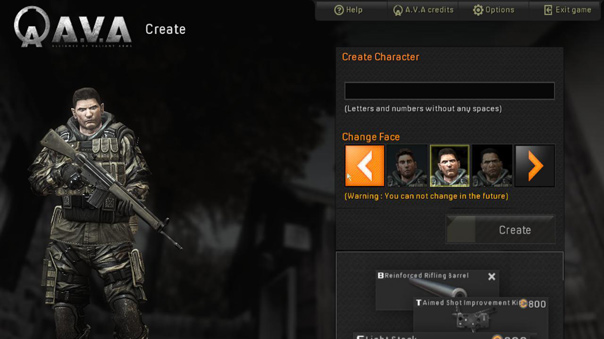 It seems that ijji is really trying hard to cash in on the MMOFPS craze as Alliance of Valiant Arms (AVA for short), is the third MMOFPS published by ijji. Even though there are already a boat-load of good MMOFPS games on the market, more and more game publishers are putting out their own shooting games. This wouldn’t be a bad thing if these games weren’t all remarkably similar. To be fair, though, even though AVA doesn’t exactly break away from the cookie-cutter tactical MMOFPS mold, it is an extremely polished and graphically impressive game that’s well worth playing.

Great Fluid Gameplay
Like most modern MMOFPS games, Alliance of Valiant arms looks and plays smoothly. After creating a character players will be asked if they wish to complete the game’s tutorial. Honestly though, anyone who’s ever played an MMOFPS game before won’t need this tutorial, but I recommend going through it anyway – it only takes five minutes and it’s an easy way to earn some starting Euros (the game’s currency). After going through the tutorial I quickly noticed that the game’s graphics are absolutely gorgeous. Most modern MMOFPS games have top-notch graphics these days, but Alliance of Valiant Arms is definitely one of the best looking free-to-play shooters out there. One small gripe I have with the gameplay is that the recoil on every SMG/Rifle feels a bit high; this makes aiming difficult to get used to. 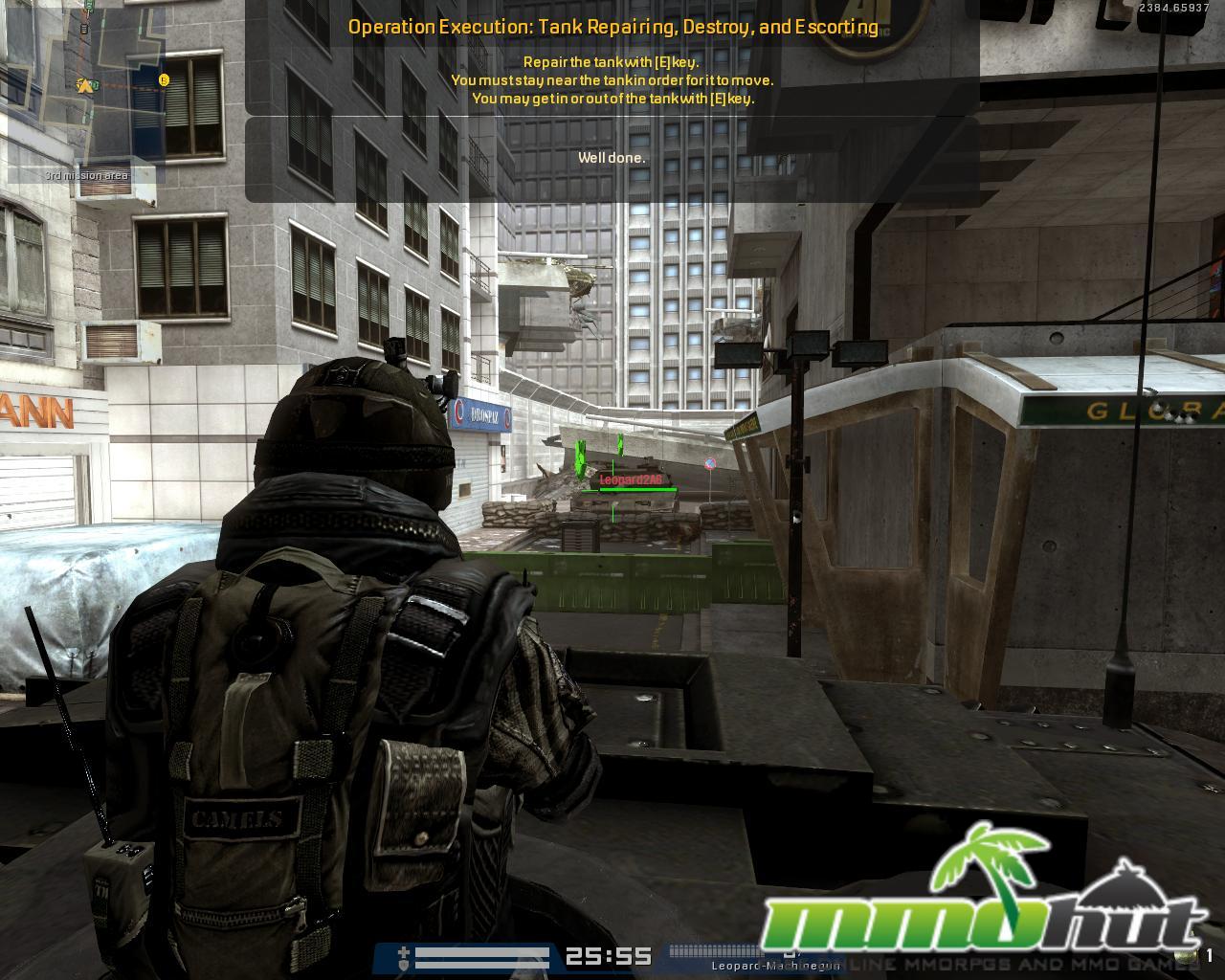 This game takes all the right cues from retail shooters.

This Feels Different…
After playing Alliance of Valiant Arms for a good hour or so, I noticed that the game’s mechanics feel different than most MMOFPS games I’ve played. In both graphics and gameplay AVA plays A LOT like Activision’s enormously popular FPS game Call of Duty 4. This is actually a good thing, as firstly, Call of Duty 4 is a great game and secondly, it gives the game a distinct feel that makes the it different from competing MMOs like Combat Arms, K.O.S. Secret Operations and practically every other MMO shooter. Alliance of Valiant Arms ‘feels’ different because it is different. Most Korean MMOs (i.e. Combat Arms, Sudden Attack, WolfTeam), all run off a game engine called Lithtech, while AVA uses the powerful and modern Unreal 3 engine. What I’m trying to get at is that even though Alliance of Valiant Arms is ‘similar’ to other tactical MMOFPS games it has distinctly different gameplay elements.

Great Customization… To A degree
One of my favorite features in Alliance of Valiant Arms is its amazing customization options for weapons. The game has three playable ‘classes’, which players can switch back and forth from at any time during a match. The three classes are Pointman, Sniper and Rifleman. Pointmen specialize in close quarters combat, snipers are effective from a distance, while rifleman are effective at all ranges. Each of the three classes have their own unique set of weapons which must be purchased and equipped before being usable. Even though the game only has a handful of weapons at the moment, they can each be customized to a great extent. Every weapon’s front, mount, barrel, trigger, stock, grip and paint can be customized. The weapon customization in AVA is similar to customization in Combat Arms and Wolfteam, but better; it has more variety.

Even though Alliance of Valiant Arms has solid weapon customization, the game doesn’t have enough weapons to customize. I remember when I played Wolfteam the game had over thirty different ‘primary’ weapons; Combat Arms has nearly as many. AVA, which is a much newer game, has less than fifteen primary weapons at the moment. To be fair, though, AVA was just recently released, so I’m sure the developers will introduce more content into the game in due time. One thing I’m a bit upset over is that AVA only has three game modes: Demolition (Think Counter-Strike style bomb defusal), Escort (Teams take turns ‘escorting’ a tank to the end of a map while the other team tries to stop them) and Annihilation (Team Deathmatch). How hard could it have been to program a free-for-all style mode or maybe even a capture the flag style game?

Achievement System
One neat feature in Alliance of Valiant Arms that I haven’t seen in any other MMOFPS is its achievement system. Players earn medals and badges for completing various tasks in the game. Some of them like killing three people at once with a grenade are difficult; while others, like playing and winning on the Cold Case map, are easy. Some of the harder achievements involve playing the game for 1,000+ hours and getting 1,000 kills. These achievements are actually a neat little way to enhance the gameplay, as it’s something no other MMOFPS has. Earning achievements is also quite rewarding, as the game rewards users with bonus money and equipment for getting these achievements. 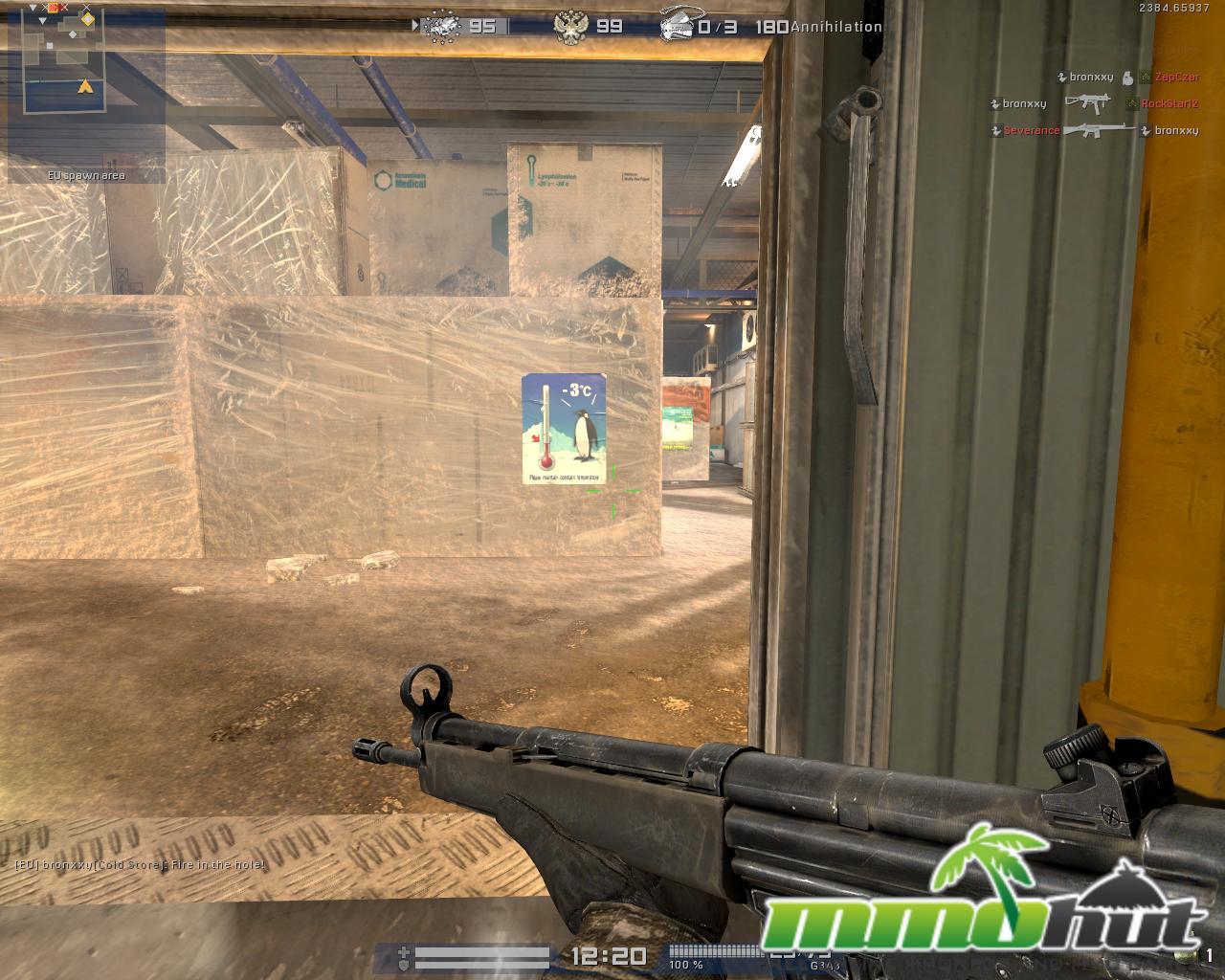 Penguins say cold in every language.

Good Interface, Maps and Music
Everything from interface to game sounds in AVA emanates ‘quality’. Like K.O.S. Secret Operations, the map/radar in AVA is incredibly helpful and beautifully designed. The game’s map not only shows where friendly units are situated, but also where enemies were last spotted and killed, as well as the nearby terrain in great detail. I know this seems like such a ridiculously small feature that isn’t even worth mentioning, but I’m positive FPS fans will appreciate the effort the game’s developers put into the map. Another impressive aspect of Alliance of Valiant Arms is the game’s nicely designed maps. Every single one of the game’s maps were designed to have many pathways, hiding spots and interactive environments. Lastly, the game’s sounds, like every other aspect of the game, have high production value. Everything from the intro music to the voice commands sound great. The reason I even mention this is that some games (K.O.S. Secret Operations for example), have absolutely ridiculous voice overs.

Final Verdict – Excellent
With a detailed achievement system (Badges/Medals) and excellent, fluid gameplay, Alliance of Valiant Arms is by far one of the most polished and fun free-to-play MMO shooters on the market. When the game originally launched, it had few maps and game modes, but new patches over the years have remedied this one small complaint. Alliance of Valiant Arms easily distinguishes itself from other tactical MMOs in both superior graphics and gameplay.