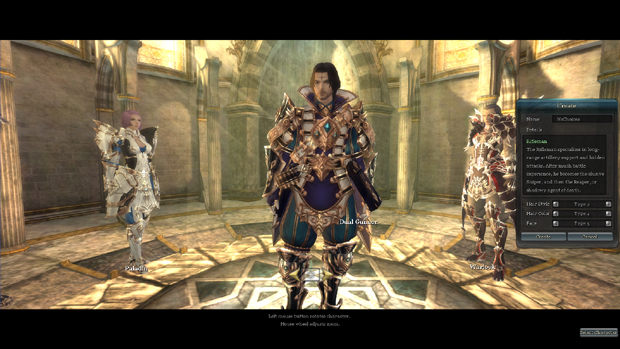 Aika Online is an MMORPG that features an RvR-centric game style. Because of its focus on realm versus realm, Aika attracts many players who enjoy PVP combat. Another feature that attracts players are the Prans, which are fairies that you raise from a fairy into a full-grown Pran – evolving based on your choices on how you treat them. While keeping the traditional MMORPG model, Aika has managed to create unique game features and that isn’t something we get to see often, unfortunately. Aika Online has been a staple in the F2P market for many years now, and it’s time that we give it a re-review to see how it stands up to the market today.

This is one of Aika’s weak points. There are gender locked classes, of which there are very few to choose from. As well as the gender locked classes, there are few customization options when designing your character. You get a small selection of hair styles, colors and face types and that’s it. Some people may not be bothered by this, but after having played modern F2P MMOs that have incredible character customization, I find it hard to be satisfied with what I found in Aika Online.

Even after character customization, Aika manages to provide a stunning lack of customization in any form. Sure, you can dress up your Pran in cute costumes, but there is only a limited number of options and it is not uncommon to find Prans that look exactly like yours, or other players who are your exact clone. This goes for abilities and stats as well. Progression for one class will basically always be the same no matter what; you won’t be any different than any other warrior except in maybe gear quality. To me, this isn’t very fun as I like to be different – I like to forge my own destiny in a game. Not be constrained by lack of options because some development team or publisher found it not to be necessary to extract cash from a player’s pocket. 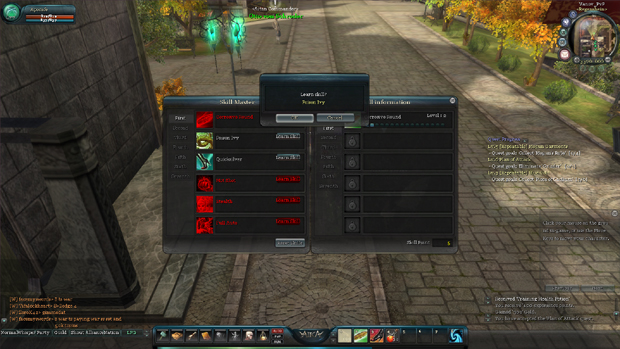 I’m sure at one time, Aika Online was a beautiful game. However, by today’s standards, I don’t think anyone will be impressed. There is a shallowness to the design that gives everything a “thin” feeling, and it isn’t uncommon to find your camera to have clipped into a building or under terrain and thus ruining any tiny bit of immersion you might have gained. But this isn’t completely negative as this means those players who lack a powerful computer will be able to run Aika with ease. With the usual level of graphics used in most recent MMOs, a game that doesn’t require an expensive computer can be a valuable commodity to some people. 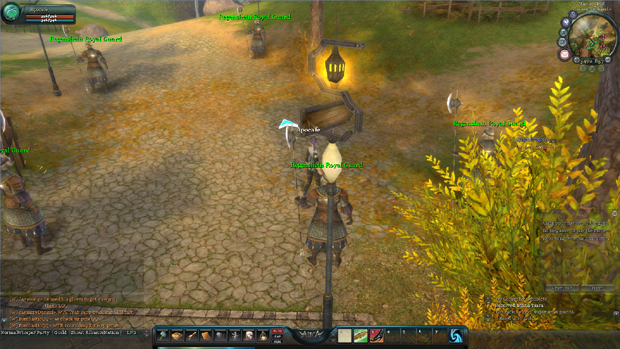 What I found the most disappointing about Aika’s graphics was the clipping – I just can’t stand it when I’m running down a mountain and then I suddenly find myself looking under the ground at an endless blue sea. I did enjoy the architecture of the buildings and the way that some of the objects were designed. Despite the overall poor quality of graphics, I found myself stopping to take in my surroundings which seemed to have a type of beauty that is hard to explain. Honestly, it was probably nostalgia more than anything. Playing Aika instills a feeling of, “I’ve been here before.” in you that is hard to match and it will help put things into perspective (in terms of gaming history). 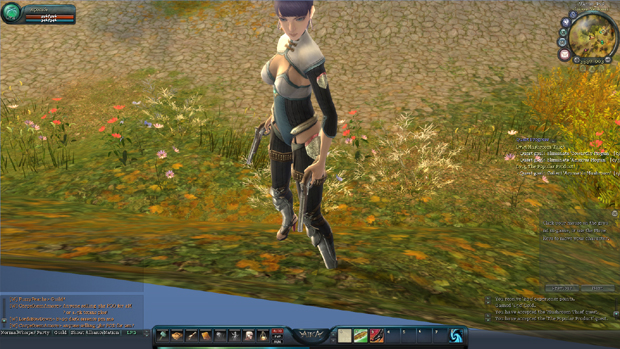 Aika Online features two types of movement. You can either choose to use WASD, or you can use the point-and-click method. However, you likely won’t spend too much time getting around with these, as Aika (like most Asian F2P MMOs) features an auto-pathing option for questing. Combat wasn’t impressive either. There is no dodging or rolling, and you are even forced to stand still while attacking. You will use the 1-8 keys to activate your abilities. Basically, if you’ve played an MMO in the past decade, you will be extremely familiar with Aika Online – even all the key bindings are almost exactly the same as every other Asian F2P MMO.

As I mentioned in the start of this review, Aika Online attracts PVPers thanks to its Realm Versus Realm PVP. As most people know, PVPers tend to be a bit harsh towards each other, so it is unlikely that you will find a warm welcome. There was near-constant arguing and shit-talking in world chat, and I even spent some time trying to figure out how to disable it just so I didn’t need to see it. I wish I could turn around and say that while world chat was a cesspool, actually interacting with individual people was better. But I can’t as I had absolutely zero luck talking to other players, and the few that responded seemed to be annoyed at me. I’m sure eventually I would find someone who is helpful and would do stuff with me, but it almost seems like it would take too much effort.

Like I mentioned, Aika Online doesn’t have the most unique gameplay. It’s a traditional F2P MMO to the core, and it’s something you’ll notice time and time again. Whether or not this will bother you is up to you as a person. Personally, I didn’t enjoy it as it’s the same mechanics that I’ve played literally hundreds of times before. Of course, the nostalgia factor, or just a plain liking to the way the game is played, along with the PVP may get you past Aika’s short-comings and allow you to enjoy the game a great deal.

One of the more unique and interesting features of Aika is the Pran system. With this system, you choose a Pran based on an element – fire, water, or air – and then raise it from a fairy until it becomes an adult. What makes the system interesting is that the decision you make when feeding and talking to the Pran, as well as other factors, will affect how its personality and looks develop. However, that’s not the only thing you can affect with the ways that you treat your Pran. If you treat her well enough she will gain the ability to use more powerful abilities and may even give you some rare items. It’s basically a Tamagotchi that you don’t have to clean the poop of, but will help you kick ass in a fight, and I personally loved this feature and I wish more MMOs would put effort into this sort of system and create something even more in-depth. 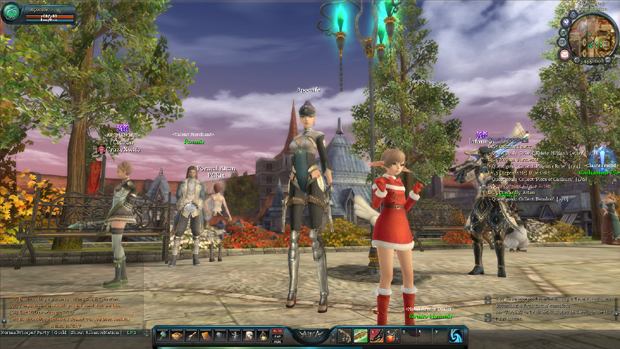 Combat by itself isn’t the most fun I’ve ever had. It’s your typical point-and-click system where you use the 1-8 keys to activate spells and abilities. Fighting the monsters for quest and grind was quite repetitive. Luckily, they put your basic attack on an auto-cycle so you can, usually, start attacking and then alt-tab or something while you wait the 10-30 seconds for the monster to die. Of course, you can take a more active role and get the killing down faster, but the outcome is still the same. It is quite literally possible for you to macro a majority of the game thanks to the simple combat, easy monsters and quest auto-pathing. 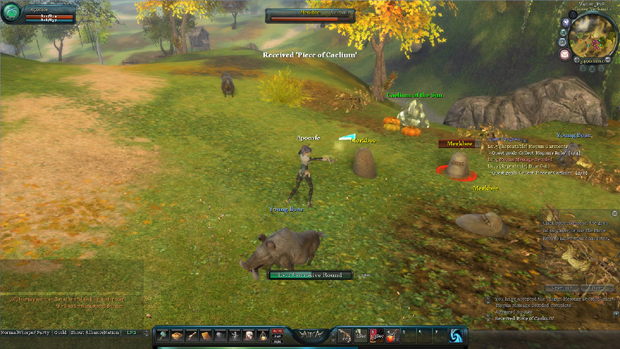 It is for this reason that the only thing that makes the combat fun, at least for me, is the PVP itself. It’s one of those situations where the game mechanics aren’t the greatest, but the meta of the PVP and the struggle against other players make it enjoyable to a point that it can be tolerated. However, as with most games, zerging seems to be an issue as people enjoy winning and I’ve noticed that certain nations – of which the game has five and you choose yours at character creation – have much higher populations than others. Luckily, it’s possible to change your nation so if you’re unhappy with where you started you can go somewhere else.

The questing is also standard. You go to NPCs who have issues (a lot of which seems to be repeatable), and solve them. Funny enough, most of these issues seem to be solved by mass-murder and looting the corpses of the fallen. Don’t get me wrong, killing hundreds of sentient creatures can be fun, but it gets a bit boring after a bit, you know? Luckily the auto-pathing feature helps alleviate some of the repetitiveness in the game, but not much. If I haven’t made it clear, I hated the questing in Aika Online. 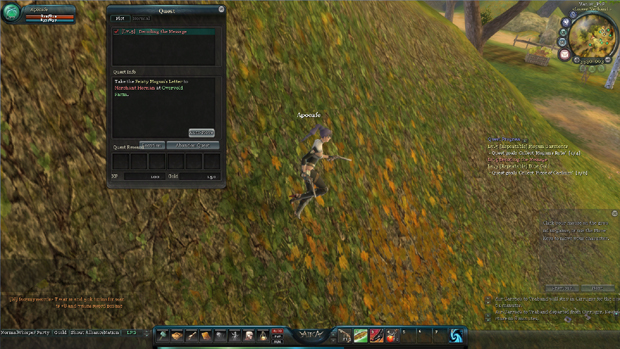 Aika Online has three things going for it – Prans, PVP and low-spec requirements so that just about anyone can play it. Unfortunately, the questing isn’t enjoyable and it has a lot of repetitive gameplay features that will make it a hassle to play if you don’t like that sort of stuff. Based on what I saw, a decent number of people seem to have struck a balance with the game that allows them to enjoy it quite a lot, so while I personally can’t enjoy the game enough to stick with it, others have been able to do so. Overall, Aika is a bit of good mixed with (from what I experienced) a lot of bad, but it’s a nice trip down memory lane and the PVP can be a lot of fun.