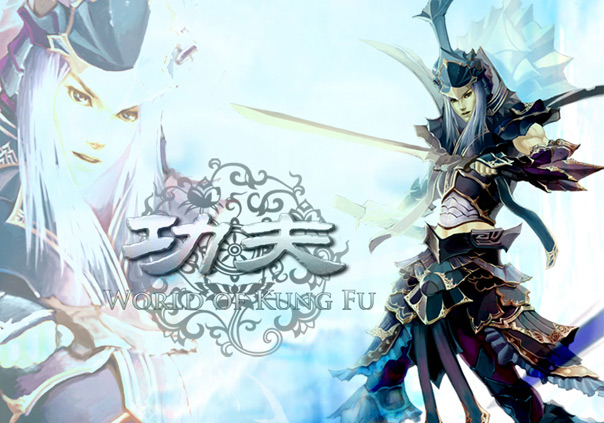 World of Kung Fu is a relatively new free MMORPG. Although the game is another ‘fantasy’ title, it is extremely polished and has an incredible amount of overall content, ranging from crafting skills to end-game ‘instances’. The game’s auto-movement feature and fair amount of in-game quests also enhance the gameplay. If you’re looking for a polished ‘new’ free MMORPG, World of Kung Fu just may be for you. The game’s nine available weapons are:

Sword – Swords are the simplest of weapons and the most balanced.

Fan – Fan users are experts in Leechcraft and healing arts. They tend to have lower hit points than the other classes in the game.

Hammer & Axe – Hammer & Axe users are warriors of great power, with the ability to deal large amounts of damage within melee range.

Spear – Spear users are capable of using many deadly area-of-effect skills, and tend to have high attack power.

Staff – Staff users are powerful in both defense and offense. They are capable of stunning their opponents and dealing damage quickly.

Bow –Bow users are capable of dealing damage from a distance, but are vulnerable in melee combat.

Fist – Fist users are capable of dealing large amounts of damage through area-of-effect skills, but generally have less hit points than other classes.