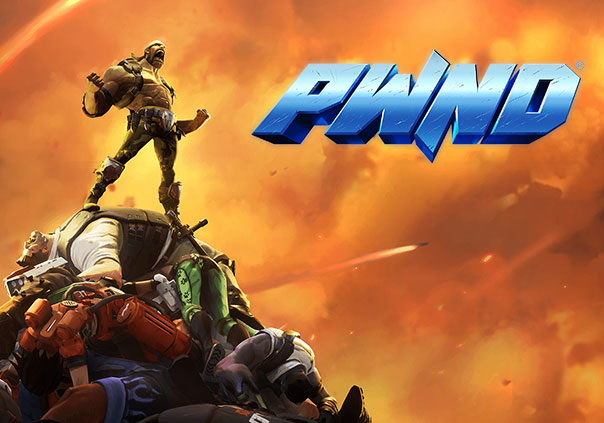 PWND is a 3D MOBA shooter developed by Skydance Interactive for PC and is available for purchase on Steam Early Access. PWND takes place in a dystopian future that looks like 1980s culture took hold and never left. Reliving the “decade of excess” multiple times over in an arms race full of high-octane, consumer-driven hyper masculinity, and you get to be part of it!

Originally rocket arena combat was the most thrilling sport around, but it quickly grew boring to due to the invention of the LAZER-US Resurrection Pods. These pods allow participants to respawn into new bodies after their old ones have been trashed. The stakes certainly didn’t feel high enough when participants could just resurrect after they were defeated, which is how the pwning system came about to add an element of humiliation into the mix!

In PWND you will battle to gun down your foes, but that’s not where it ends. To secure your score you will need to pwn your enemies after they’ve been defeated, performing a close range victory dance on them while they are downed. Make sure your team has your back, because you certainly don’t want to be on the receiving end of such humiliating acts! Don’t fear death either. Remember LAZER-US Resurrection Pods were just invented so you’re free to try and get revenge on your enemies as many times as you’d like! Use your unique abilities to your advantage, play in different game modes, and experience the thrill of tactical gameplay that is all based around not getting disgraced after defeat.

The world is looking to crown the ultimate badass, but will it be you? Show the world what you’re made of by blasting your foes down and pwning them into submission. Claim the title that you so rightly deserve and fight to preserve it for all of eternity in PWND!

PWND has everything I want in one location: High-impact explosives, non-stop action, rockets, and taunting.