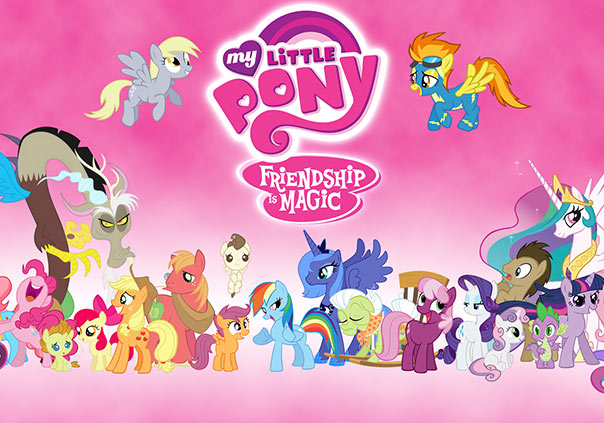 My Little Pony – Friendship is Magic

My Little Pony – Friendship is Magic is a casual mobile game developed by Gameloft and is free to play on both iOS and Android. In MY LITTLE PONY – Friendship is Magic players can experience Ponyville like never before! Nightmare Moon has finally been set free from her prison on the moon and is spreading night across all of Ponyville. It is the player’s job to help Twilight Sparkle and her friends bring the light back to Ponyville by helping them rebuild the town, going on thrilling quests, and bringing back other playable ponies! Will you be able to help your favorite ponies like Fluttershy, Rainbow Dash, and Apple Jack save Ponyville or will it succumb to Nightmare Moon’s powers

If it wasn’t a bit obvious. My Little Pony: Friendship is Magic is chock-full of fan-service material that any MLP fan could desire.