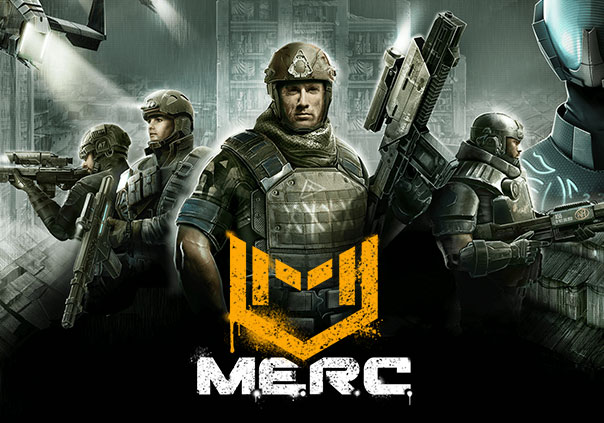 M.E.R.C. is a 3D strategy game developed by TinyMob Games for PC that is planned to be available on Steam Early Access. In M.E.R.C. the last standing city called Neotopia is riddled with greed and corruption. The forces of Manta have undermined progress towards sustainability and it is now your job as a commander to recruit, train, and lead your chosen squad of elite mercenaries against the Manta threat.

Players will step into a world of real-time, tactical battles with their 4-man squad of commandable mercenaries. Different units can be recruited to your squad throughout the game, each of which can be upgraded, equipped with new weapons and gear, and taught special abilities. Throughout battles you’ll need to designate your squad’s positioning by advancing and taking cover, as well as dictating when they should attack. When things get even trickier, you can respond by splitting your team into Alpha and Bravo squads, giving your formation even more flexibility.

In M.E.R.C. your units are more than just a group of disposable fighters. Each mercenary has its own strengths and weaknesses that you will help them develop through a class system. Whether you need an Assault, Sniper, Heavy, or Engineer mercenary you will help them find that path. Subclasses like Medic and Hacker can even be taught to your mercenaries, further helping you specialize their roles in battle. Units that you yourself have helped mature and advance will be on the line in every battle, so don’t treat their lives lightly.

When you feel your units are strong enough you can even take them into co-operative multiplayer missions to kick twice as much Manta butt! With your two best units combined with your teammate’s two best units you’ll work together to stop the uprising Manta through campaigns, story missions, and side missions.

Step into an exciting world of real-time, tactical battles in M.E.R.C. where your recruits can fill every role you could need, you just need to help them find their way.

Once you get into M.E.R.C. you'll find yourself faced with a game that has much of the polish one might find in a AAA title such as Xcom.