JamesBl0nde, H0llyP0cket & BakermanBrad play Gigantic for the first time at PAX South while the beta community shows them how to play!

Gigantic is a MOBA-style team action game where heroes battle alongside a massive guardian in a fight for supremacy. Developed by Motiga, an independent game studio in Bellevue, WA, players can immerse themselves into a visually pleasing world where skill and wits will be the factor between victory or defeat.

Don’t miss our follow-up interview with the developers here: 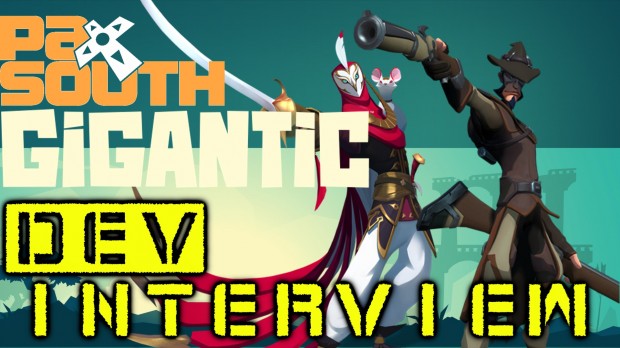