The Wildhüter team, led by Wolfgang, is now opposed to the rest of the UNION and has split off on its own. It’s up to the Black Lamb and Wolf Dog teams to try to bring the rogue agents to heel. It’s the Wild West in the Closers world and things are going to get worse before they get better.

More new content is slated to come in 2019 for Closers including new dungeons, stories, a new character, a new battle system, and more! 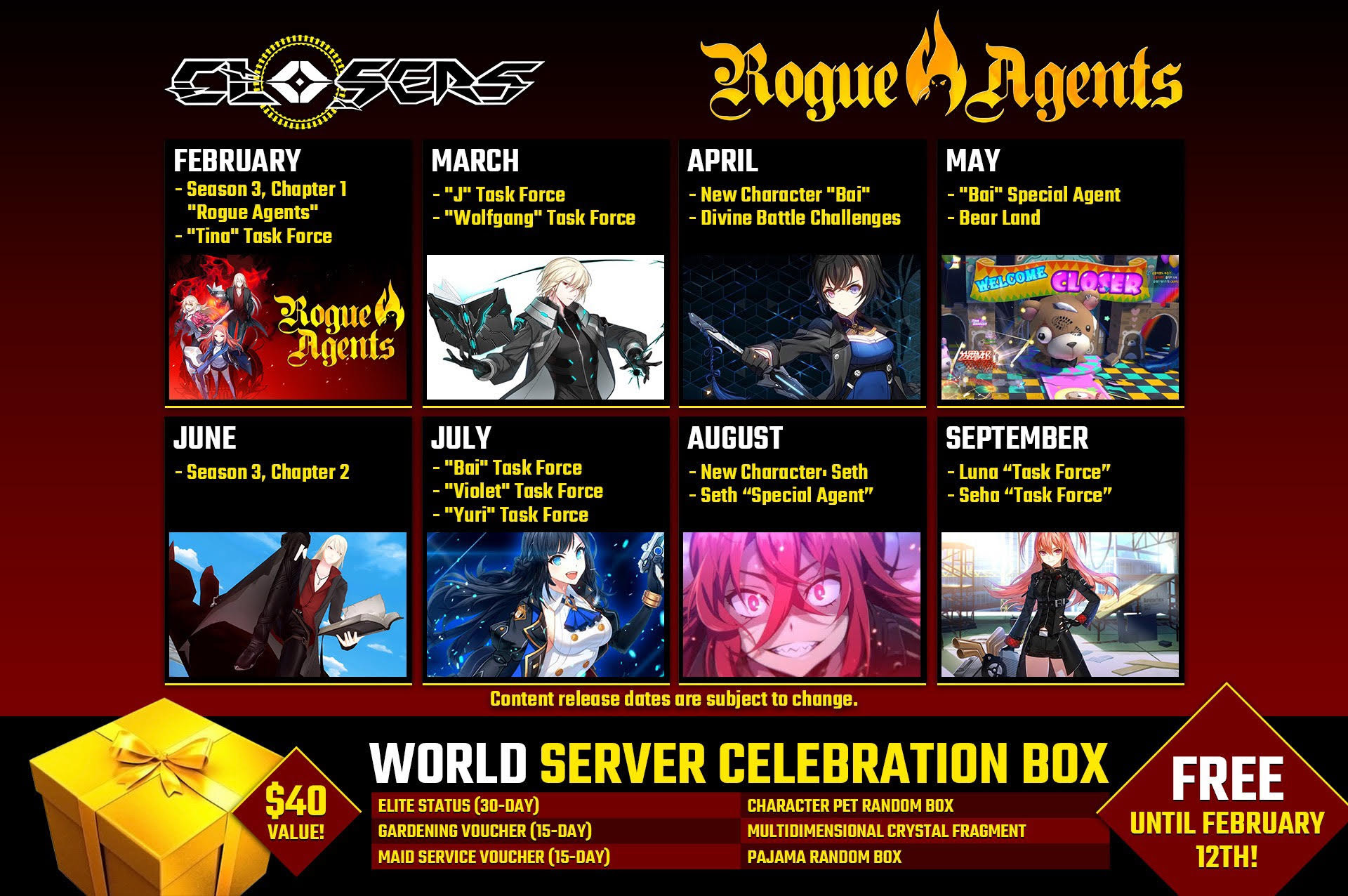