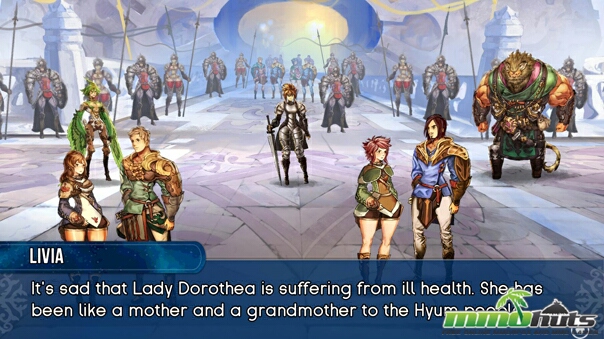 If there’s one thing that I feel is lacking in mobile games it’s a new title that’s a true-blue RPG that brings back the RPG feels of old. The type where you keep on grinding through dungeons with an amazing story to tell that’s not a Final Fantasy game, or any pre-existing titles. There have been some games that tried to provide that experience, but with the current business models game dev companies have taken in their titles, they still fall short in what could’ve been a great RPG experience.

Zodiac: Orcanon Odyssey is a mobile RPG from Paris based company, Kobojo. The game follows the story of Cael (the name is changeable), in the world of Orcanon. You’ll follow Cael’s adventures as he accidentally touches the celestial shards, a revered material in Orcanon, which propels him into the truth of the world he lives in. Along the way, Cael will be met with characters of each tribes represented in Orcanon as they continue to find out not just the truths they were not meant to be seen. This of course ties into Cael’s past and his ancestry connecting him to the overarching story. 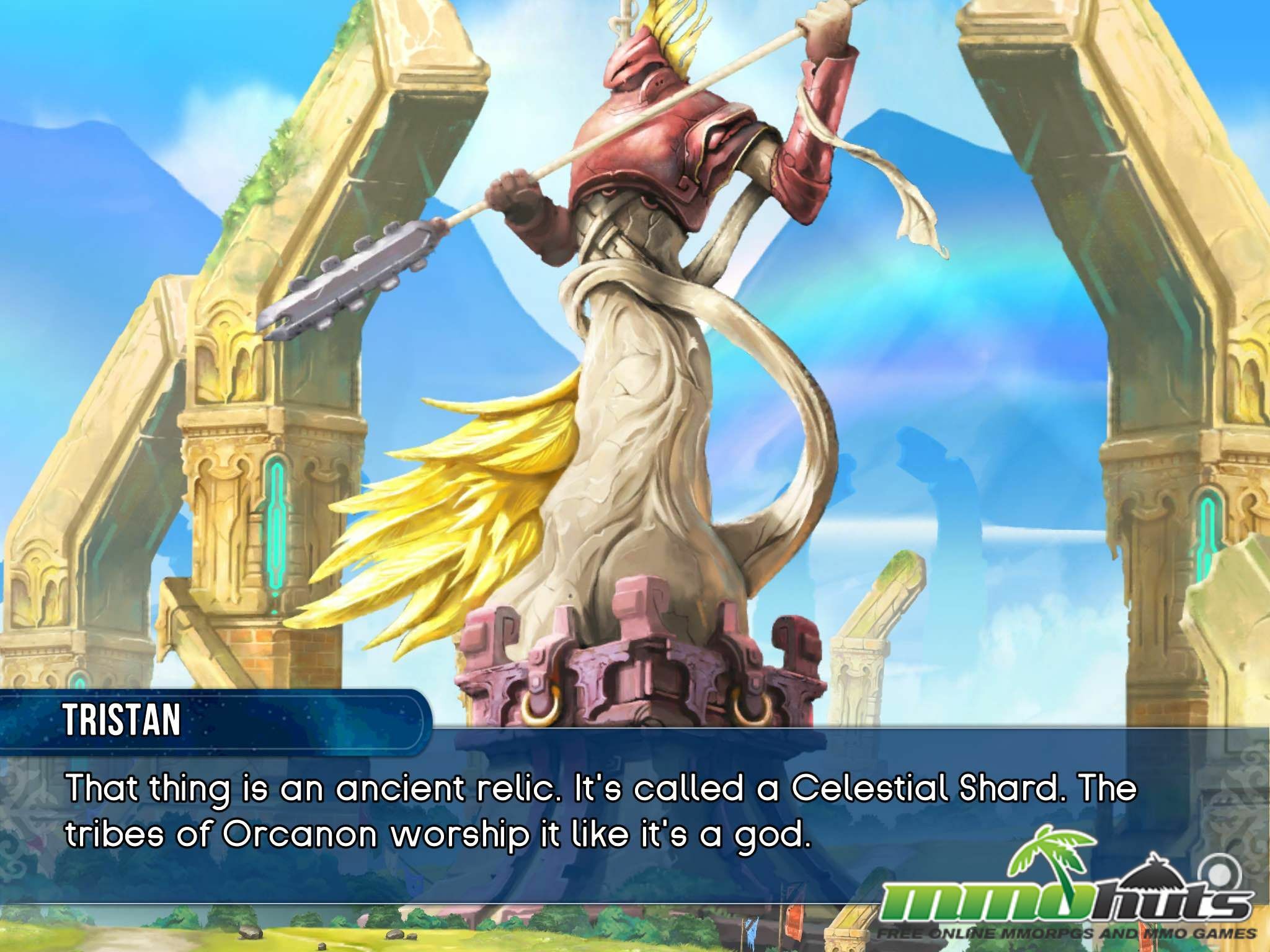 The story is told through beautiful cutscenes and through the eyes of the characters.

Zodiac’s gameplay is reminiscent of old school RPGs where everything is static but beautifully designed. You get to experience the story through clicking the NPCs that surrounds each area you visit. Instead of the usual text-filled lore exposition, you get to figure out a lot of how relationships work in Orcanon through the game’s conversations.

Battles are turn-based and initiative centric while character development is level based. Story progression is thrown in via storyline quests. You can head back to previously completed stories as higher difficulty tiered dungeons with the highest level being the only dungeon difficulty that respawns enemy units. 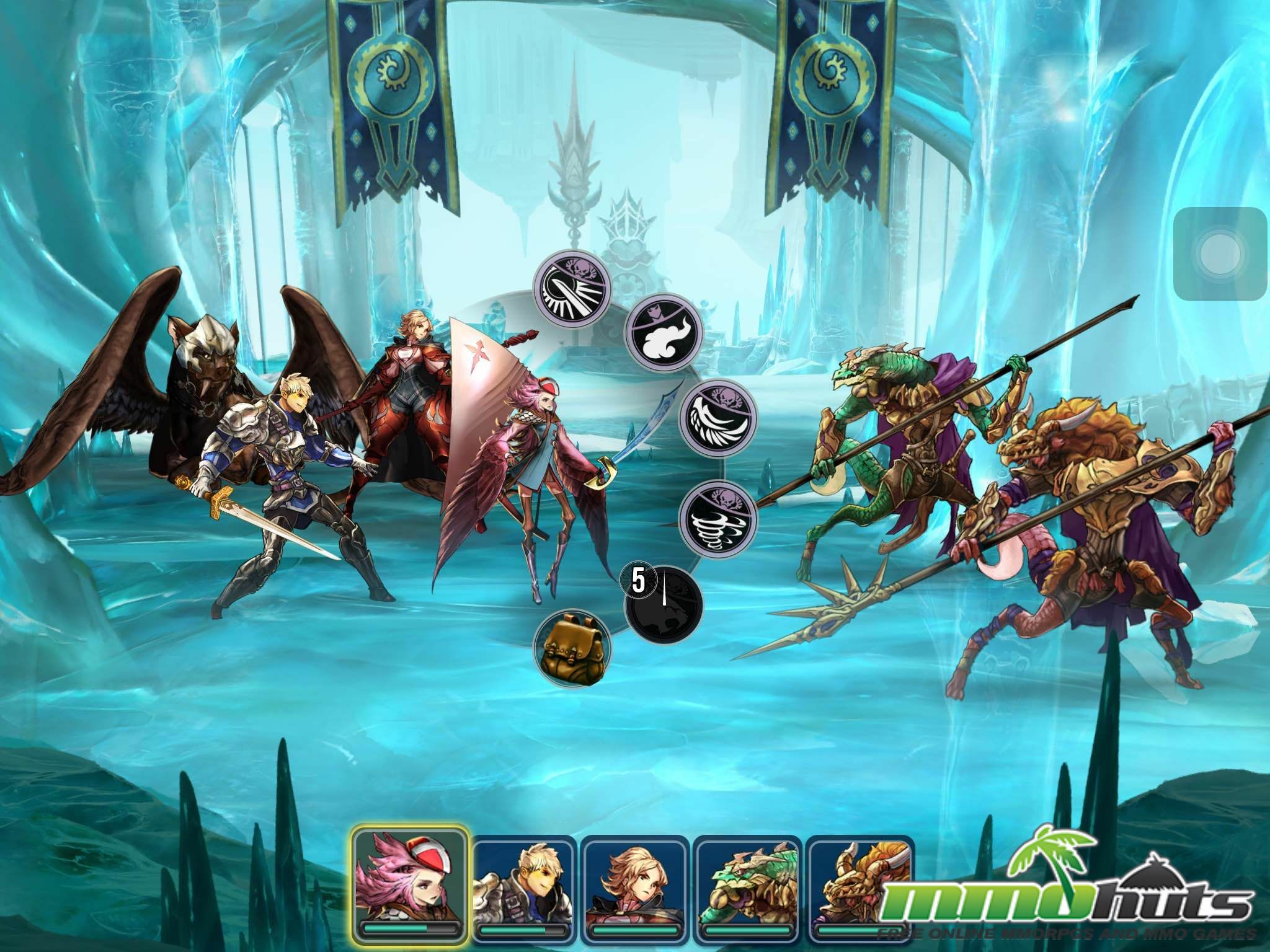 Combat is turn-based but more in-depth then typical mobile fair.

Speaking of enemies, Zodiac allows you to avoid enemy encounters by letting you see monster mobs as blurred circular objects on the screen. You can also farm items by tapping green orbs or red orbs scattered throughout the map.

Skills on the other hand can be unlocked in a grid-like manner reminiscent of FF X. You can follow a certain path of unlockable permanent stat boosts or active skills using skill points you earn per level.

Another thing of note in Zodiac is that the game puts a bit more effort in storytelling. I already mentioned that the game does away with the usual text blocks of exposition. Instead it world builds via beautifully illustrated cutscenes. You can in fact go back to these “discovery scenes,” as the game coins them, and check as to what is happening in the world of Orcanon. 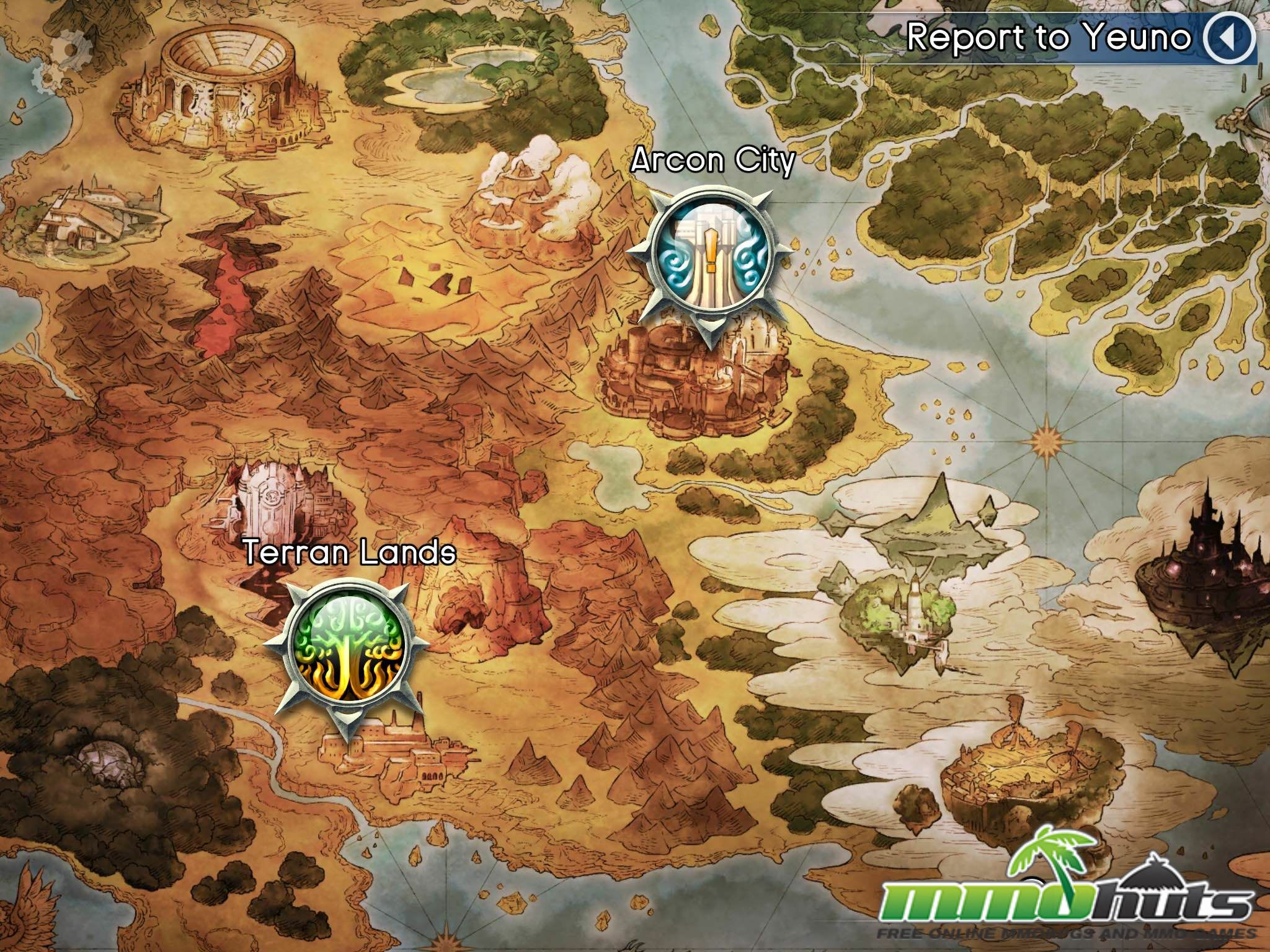 Every part of the visuals impresses, even the map.

It’s clear that there was a lot of effort done in the visuals of the story telling. In fact, I like that the game feels like a wonderfully drawn pop-up book that’s engaging and visually appealing at the same time.

What Zodiac brings into the table is a self-contained world filled to the brim with backstory and lore. I actually love the fact that Kobojo put a bit more effort into world building than most mobile devs out there. Instead of slogging through tons of text that explains what the situations is within the world, you are given a glimpse on how the world of Orcanon is through dialogues with people who live within the game. You get to figure out that the Geckals are the barbaric douchebags of Orcanon by reading through how people react to them in their dialogues. Or that you get to feel the pompousness of the Fawlkon race through their words rather than being flat told in some obscure description screen. As I continued to play through, the animosity between races become more prominent while staying organic in its development. 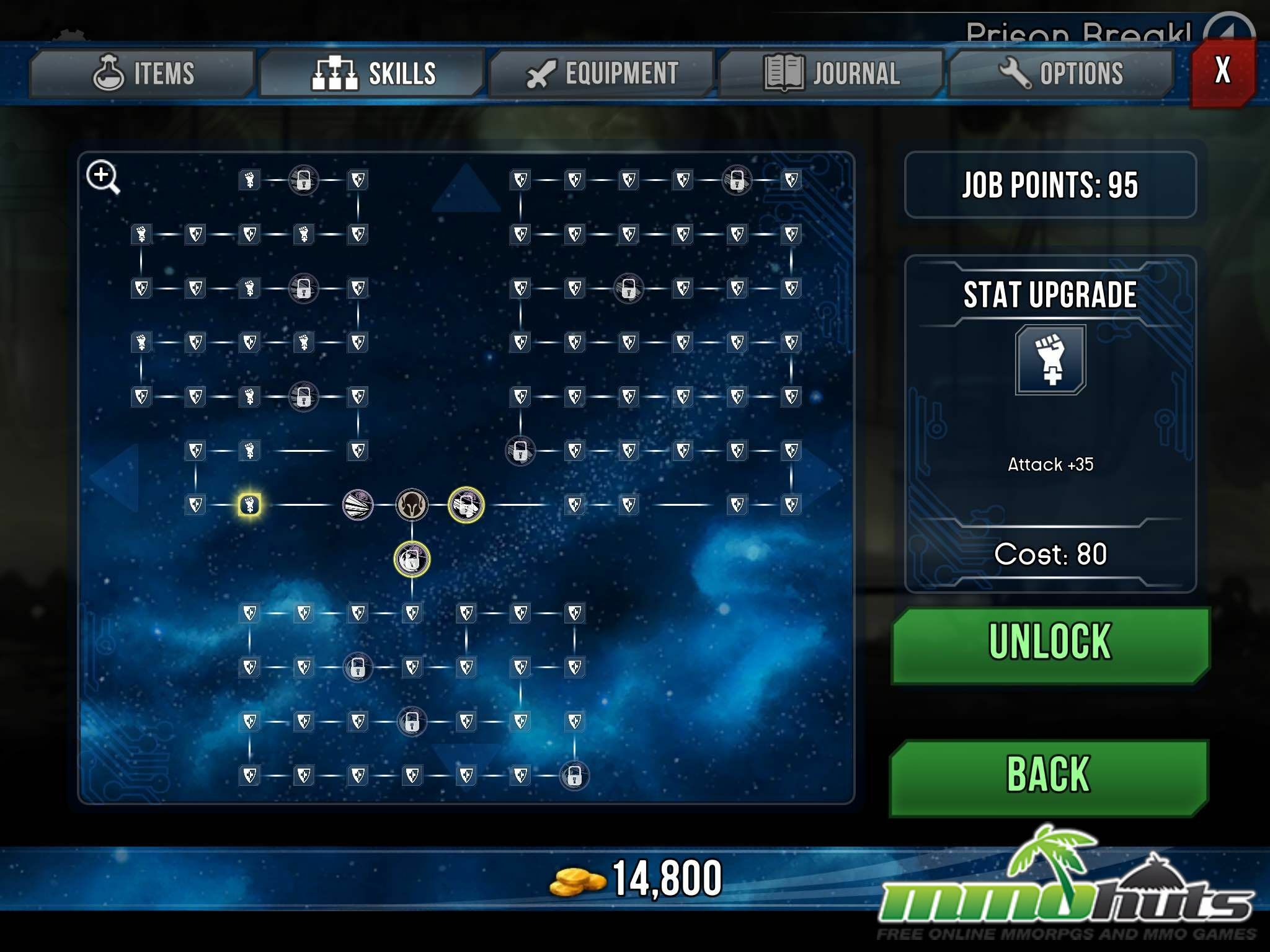 The skill system is intense, pulling inspiration from FF X.

And then we move on to how the game successfully makes you feel for the characters you play. They aren’t just cardboard characters that you’d often see in game titles that you can choose to forget and let go. Every experience is viewed through the eyes and narrative of your characters, rather than a voiceless unfeeling narrative.

We then get to the point where the game design kills the experience somewhat. Since the game tries to make itself like a RPG, the game makes you feel like the game is a grind to go through. A few elements alleviate the issue such as your beast riding partner impacting the adventuring experience. But the game doesn’t offer much anything else beyond the core gameplay, causing the novelty to wear off real fast. That’s bad news in a game with such a deep and lengthy story to tell, if you can’t endure the gameplay to the end. 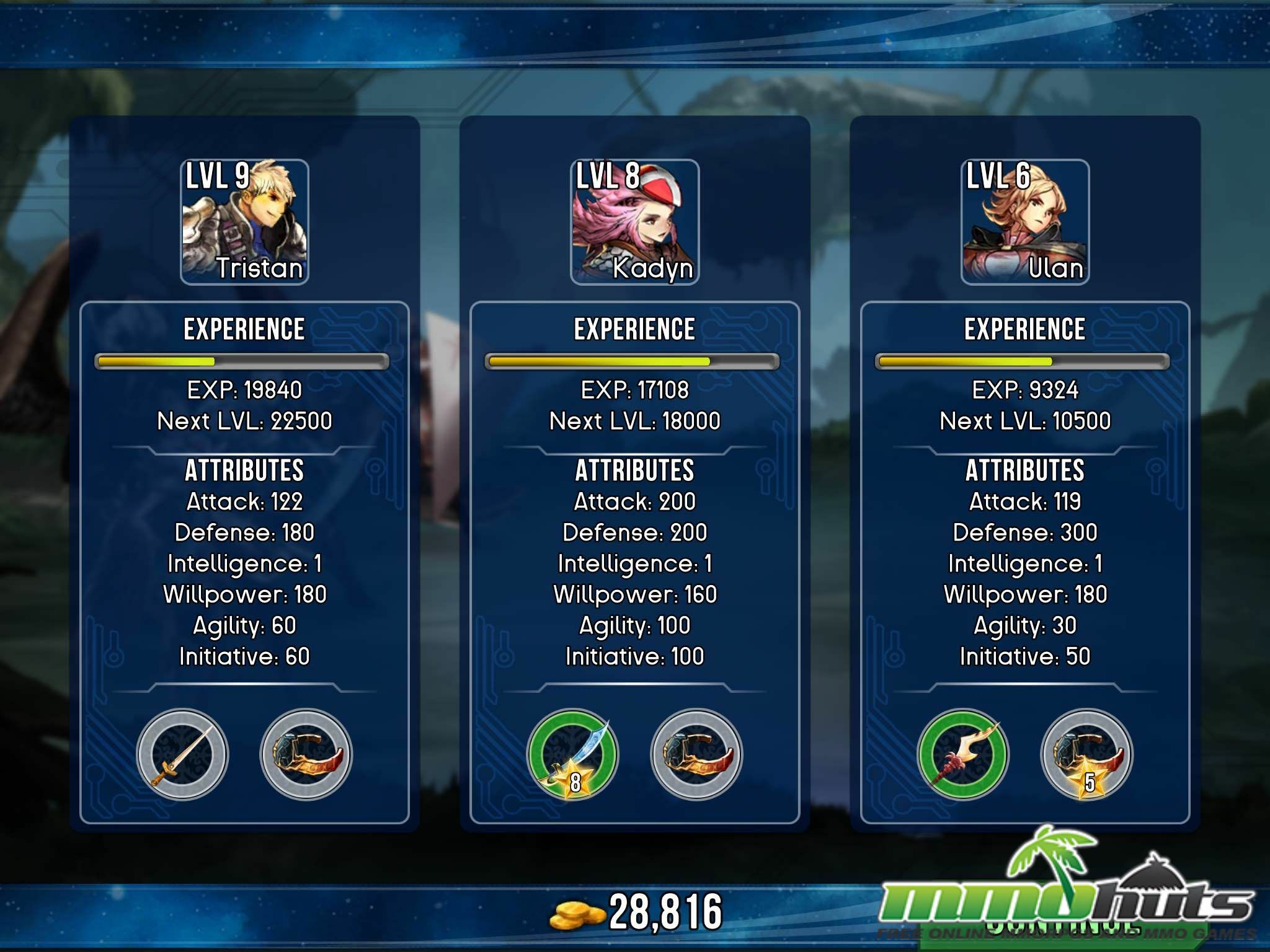 Overall, my experience with Zodiac: Orcanon Odyssey has been a good one since the game really does hail back to RPGs of old. You have the usual suspects for the start of an adventure. A turn-based battle system, and a beautifully designed set of characters. It’s fun, it’s engaging and it’s grindy, just the way RPGs are meant to be.

For a premium game, Zodiac is a really good buy. And the promise of future DLCs, while I’m assuming isn’t really necessary, would at least establish more of the world Kobojo has initially set up with Zodiac. This at least allows a bit more longevity for a world that is good enough to make you feel for the characters, but engaging enough to keep you pushing forward to find out what happens next.