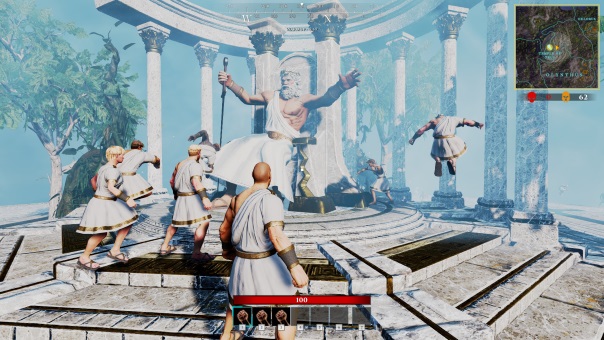 The new Greek-themed Battle Royale, Zeus’ Battlegrounds is seeing a major update today to make the game more fun for everyone. All players will be able to play through the premium Season 0 Pass for the game, which offers 50 levels of premium in-game items to collect. The spectator mode also came in this update, and 7 languages were added to the translation (French, German, Portuguese, Russian, Spanish, Simplified Chinese, and English). A Hallowee-themed event came as well that gives players an item each day through October 31st, and this update is expected to go live at 2pm PDT today. Players that have already purchased a Season 0 Pass will receive in-game currency that they can be used to purchase exclusive store items.

“We had a great response last weekend when we made the Season pass free, and we decided we wanted everyone to have this experience and be able to get all the items in Season 0 as they level up their characters,” said Warren Weems, CEO of Industry Games. “The community has been very supportive as we’ve navigated our first month of Steam Early Access and made many improvements to the game as a result of our fans really supporting the game and encouraging the team. We are very grateful to have such awesome players!”