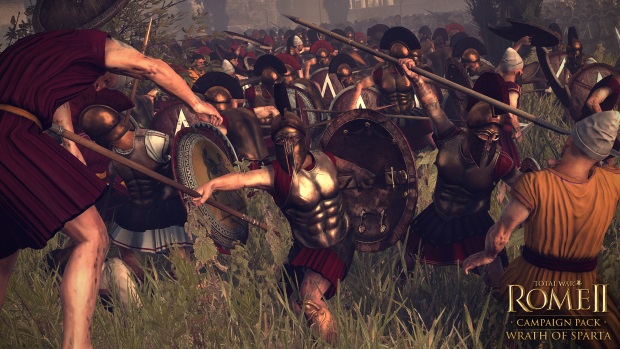 Pitting the fabled city-states of Sparta, Athens, Corinth and the Boiotian League against one another in a thrilling recreation of the Peloponnesian Wars, Wrath of Sparta is a massive expansion that lets you define the very destiny of ancient Greece.

Will Sparta and its allies martial their formidable military might to dominate Greece? Or will stately Athens retain its stranglehold on Greek politics, and assure victory with its unsurpassed navies? The dominant state must prepare for an escalating challenge, as the Persian Empire watches matters unfold, and drills its armies in readiness for a challenger to rise.

In addition, all-new technology trees representing Greek cultural disciplines such as mathematics and philosophy combine with a focus on Greek religious festivals and athletic events to bring the classical age to life. Wrath of Sparta is Total War™: ROME II’s most flavorful campaign yet.