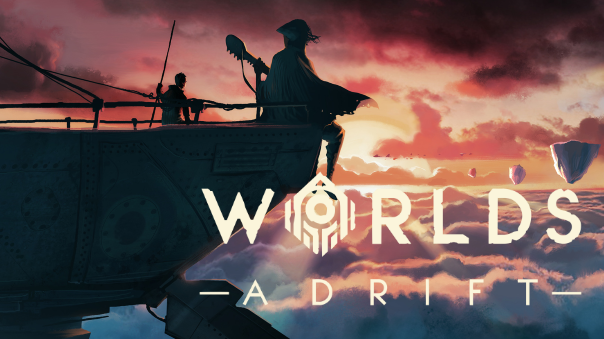 When a MMORPG tries a completely new concept, I am immediately a fan. Worlds Adrift is a game that tries to break free from the regular MMO experience, and while there still is character progression, in this game it isn’t necessarily the progress you should be aiming for. In a broken world that has now been shredded into floating islands, it is up to you to overcome this new world’s challenges and to fly in the wind. Explore the world that is now in peril, and find its secrets to gain more knowledge and technology.

Even though the game has just recently launched into Early Access, it already has come a long way over the recent years. I have had my eye on this game for a while now, and over the years I saw it shape up nicely. Although progression has been a little slow, I couldn’t wait to finally try out this game out for myself now that its a little more accessible. With a very short and brief introduction once you have spawned in the game, this huge sandbox out there is for you to explore it and you are pretty much left alone with a general direction of building your first ship.

Finding knowledge technically isn’t all that difficult. Every object in the world can be interacted with in some way. Some can be used to gain knowledge, and some can be used as resources towards your ship and its parts. But the progress barrier is set on knowledge, and even though everything can give you knowledge, most of the objects in the world give you only a few points of knowledge. You will have to set out and find every island its secrets for the more advanced technology and ancient wisdom. This can be converted into more knowledge points, and these are the real money makers when it comes to unlocking more technology for your ship.

When you are a new player, you will have to find ore and chop down trees for resources. While you cannot really let your creativity flow just yet, it’s best to start with some of the pre-made schematics for your ships to get your bearing and to explore the simple ‘world’ around you. The world is somewhat made up in tiers; when you just start playing you obviously start out in the first tier, where you will also find the more basic resources to get you on your way. To get to the other tier areas, you will have to cross a deadly wind wall with its many dangers like excessive amount of wind, thunder storms, or even sand storms. Obviously going through these special dangerous walls isn’t done with just your basic materials like a simple sail, and you will have to gain a lot of knowledge that can be found on all the different islands around you, just to unlock the better technology to man through these dangerous wind walls.

When I got onto my first island, and I was trying to make my first very basic and simple ship, I had already met the dangers of just living in the game world. Like you, a lot of other players have this same exact progression path to take, and you will have to share the resources with the people around you, or just kill them and take their resources. This is what mostly happens when you encounter other players. While some are still friendly, they soon discover the dangers of meeting other players and join the same fate. I had the same issue, and after a few tries of being friendly towards anyone I saw, I decided that it was better to see everyone as a mortal enemy just for my own safety. The reason why people are so hostile towards each other, is that the majority of your items will be dropped upon dying. The only items you get to keep are the ones in your tool belt, and as you can imagine this isn’t a whole lot, since you cannot really stash your items anywhere, unless you try to hide a crate in a bush. So your only option is making storage boxes for your ship, but that requires you to make your ship first…

The resources you’ll find in Worlds Adrift also change the outcome of what you create. Depending on what you are making, you could change both the aesthetics and durability of a part. Take for example a storage box. When you make it with just simple wood it’ll look very basic. When you take stronger wood, it’ll look better. But when you make it with a metal, it’ll look even better depending on the rarity of the metal. While you don’t think of this when making your first simple floating ship, you will definitely have think through when building your next ship to overcome all of your next dangers.

Worlds Adrift isn’t necessarily a game that is super in-depth. The basics are very simple, and in the end it all comes down to playing in this sandbox and making your own adventures and stories. While it is fun to play on your own and try to overcome the dangers by yourself, I have to say that the game is almost a must to be played with others. You can form crews with people you meet, and when building a ship together, you can all try to go through different types of technological trees to improve your ship way quicker. It’ll help your progress immensely and while exploring everything on your own can be fun, playing with a crew is a whole new and better experience on its own.

Worlds Adrift is a very interesting game with a very unique concept, but it does come with its own set of limitations. The game can be very taxing on the computer, and while the game has some depth, it doesn’t really show in gameplay. I also have to say that after playing ten hours, I felt like playing all by myself was holding me back. Even though you can definitely overcome every challenge as a solo player, the game almost is a must to be played with others. While the game has a lot to offer, progress can be very slow, and the more people you have in your crew, the speed of the progression multiplies. For an early access game Worlds Adrift has a lot to offer. For a sandbox the game has the right idea and it is showing a lot of potential. But I hope there is more thought put into solo players when the game does come to its official release.