Over a month ago I went on a special journey. Together with my fishing rod, I sought out the biggest fish on record. 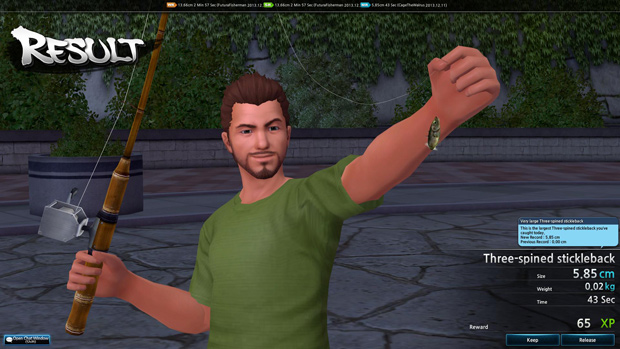 Needless to say, the hunt wasn’t all so successful.

Back then World Tour Fishing was still heavily in development and only a small number of players had even embarked from port, but since it released into open beta and time has passed, more updates have arrived to polish out the rough edges. So now I set up to one-up my greatest catch on a special max level fisher. 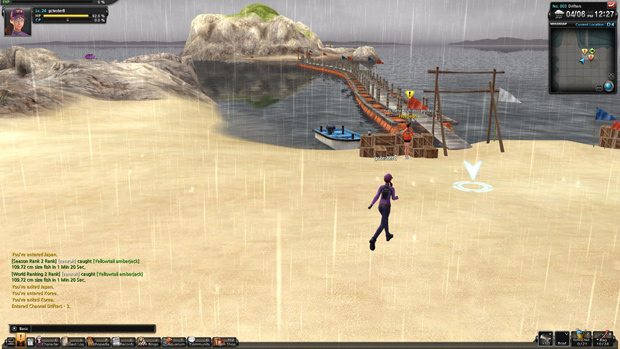 For anyone that had read my initial preview of the game, you’d know that fishing isn’t the most enjoyable thing in the world for me. But the game itself did leave a nice impression with its heavy focus on realism without feeling tedious and repetitive. For people who aren’t really familiar with the gameplay, or fishing in real life, let me talk you through the challenge of catching a fish real quick. In World Fishing Tour you obviously use a fishing rod and some bait and throw it as far from your dock or boat as you possibly can. After this wide arcing mouse sweep across your desk, the waiting game begins. In this period of time the same thing happens as most fishers do in real life, you wait patiently (or pensively) for the fish to bite. 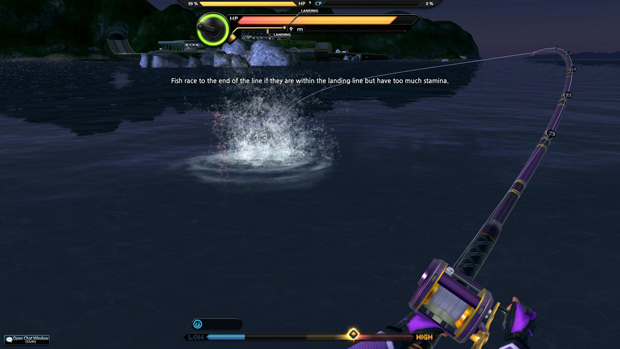 When the fish bites, you will engage into ‘fishing combat.’ It is perhaps a bit confusing to call it fishing combat, but I guess it’s the best way to explain catching fish in World Fishing Tour. It really feels like you are fighting with the fish so you can in the end catch it and perhaps even use it to make bait, or make it swim in your aquarium or fishing tank. When the fish bite, you will see a meter on top showing you how close you are to reeling your fish in. By using your rod, you can counter fish attacks by leaning the rod with or against tension to tire its stamina out. All the while you play a dangerous game of mouse button pushes to control your reel and slowly bring the fish closer (or tactically let it run). Just like in real life, if there is too much pressure on the line it might snap, so offering the fish a bit of freedom early on is necessary to bring in some of the bigger hauls. During this whole engagement, you will see your fishing rod do ‘damage’ to the fish as it nears the catchable range. 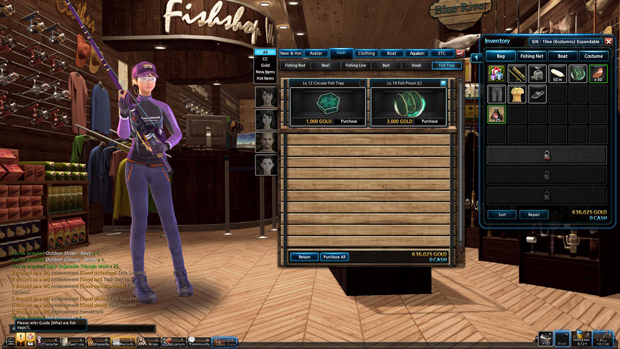 The better the rod and its gear, the more leeway a player has to make errors without losing their fish. I was given a high level character by the team behind World Fishing Tour, letting me easily tackle fish I never dreamed of prior. As opposed to my sardine sized fish my bearded fisherman caught on the regular, the great sea offered up some real catches to my new avatar one could feed a full family with. Besides the high leveled character, I was also given a million gold. Feeling like a millionaire, I bought out the gear shop to prep the ultimate equipment to tackle the monsters lurking in the depths. I also bought a small boat and sped out to as far from the shoreline as possible. 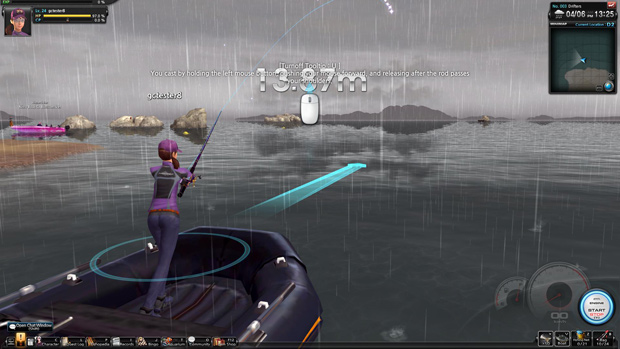 While the mechanics of the game remain the same at end-game, the fish combat went from simple battles to all out war. Even with the most overpowered equipment, my slim avatar was forced to fight some of these fish for minutes at a time before the bad boys eventually gave in. The intensity of each battle is enough to leave you hesitant before casting your rod in again, since these fish can be a real arm strain. Thrashing your mouse in all directions while frantically pushing buttons at strategic times, it’s the closest thing you’ll find to a workout on a PC setting. And when you do bring the big one in, the feeling of accomplishment built by the difficulty can make the entire experience shine. 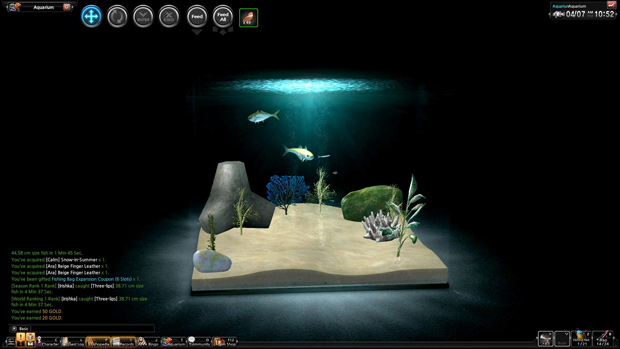 Overall I found World Fishing Tour has improved much with the content added since beta. Fisherman now have goals to strive for and build towards as if it was your standard MMORPG with end-game. The difficulty of building your way to a wealthy and experienced fisher is quite rewarding, and once you get there you’ll appreciate the luxury the better equipment offers when tackling the game’s ultimate fish. 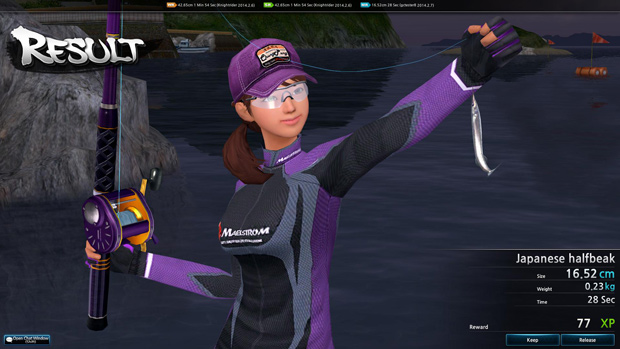 Cruising around in your boat is also a blast, and I can’t wait to see what the upcoming release of full sized yachts is like. All these elements come together as you can display your greatest catches in proper grandeur in grand fishing tanks decorated with colorful rocks, plants, and even tiny fish houses. Utilizing my press account, I even managed to set a new world record. So get out there would-be fishermen and prove you have the twitch skills to match up to my experienced fishing lineage.