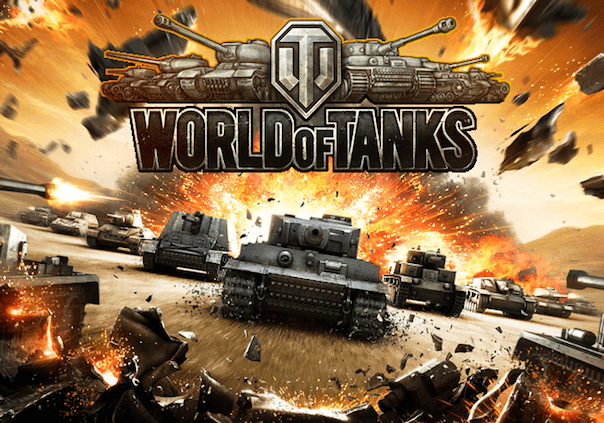 Wargaming is proud to announce they will be sponsoring Tankfest, one of the world’s best displays of historic armored vehicles, for the fifth consecutive time. Held every June 27–28 at The Tank Museum at Bovington, Tankfest will see over 15,000 people from across the country and the globe flock to the Museum. With guest vehicles and old favorites returning to the arena, this Tankfest is set to be the best yet.

Museum Director, Richard Smith, said: “Wargaming has always been very supportive of The Tank Museum, contributing to restoration projects, building our Education Centre and assisting with new exhibitions. Their support of Tankfest is the latest example of their ongoing commitment to champion our collection and our efforts to engage as many people as possible in the subject of armored warfare.”

At this year’s event, there will be three Sherman tanks from the Hollywood blockbuster ‘Fury’ film. These iconic vehicles will be reunited with The Tank Museum’s fearsome Tiger 131, the only running Tiger 1 in the world, for the Grand Finale Battle. The Battle will be a tribute to the last days of World War II and include a salute to the Veterans. Vehicles like the 38T, Comet, Panzer III, Rolls Royce Armored car and some of the latest equipment from the British Army will also take to the arena at Tankfest.

Wargaming’s MGT-20, a specialized mobile gaming truck, will be rolling into The Tank Museum. Attendees will be able to play a few rounds of World of Tanks in the truck, or check out the Wargaming sponsored Education Centre inside the Museum to learn about the history of some iconic vehicles.

There will also be an extensive Living History encampment on-site, where visitors can step back in time and immerse themselves in the era. One of the day’s many highlights will include an original World War II Spitfire and Douglas C-47 Dakota aircraft taking to the skies at Tankfest.

“Wargaming has always been an enthusiastic fan of Tankfest,” said Rinaldo Andreolli, General Manager Europe. “We are excited to take our support to the next level. After participating in Tankfest for the last four years, we are now sponsoring this unique event so even more vehicles and entertainment are available to visitors. For everyone at Wargaming, it’s great to be able to give something back to the community and educate people about the past.”