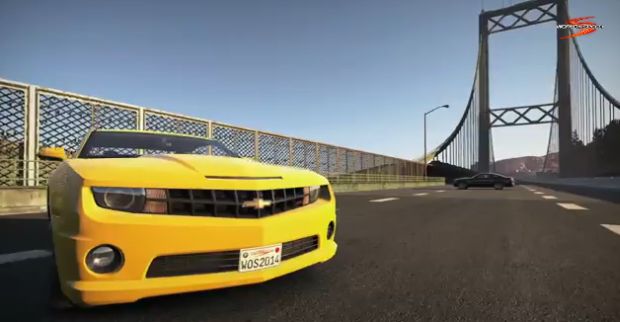 Mad Studios and My.com have released a new trailer today that pits two iconic muscle cars, the Ford Mustang GT and Chevrolet Camaro SS, against each other in the massively online racing game, World of Speed. The modern day Mustang and Camaro continue their historic rivalry with a race through the streets of San Francisco, complete with ninety degree turns, twisting hills and bridge straightaways that push both cars to their limits.

Players that want to jump into the passenger seat of the Mustang GT or Camaro SS early can join the upcoming World of Speed closed beta via: http://wos.my.com/