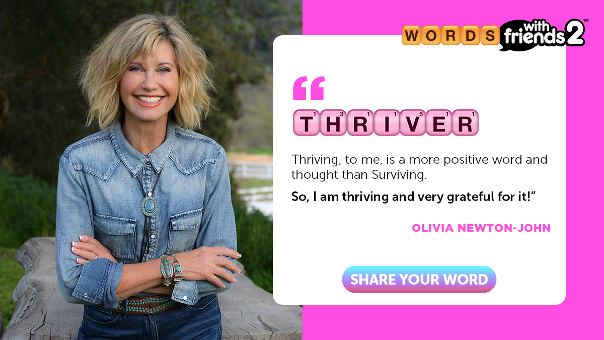 Zynga revealed today that their title Words with Friends has begun a month-long initiative to support Breast Cancer Awareness Month. With that, they began a Social Campaign, #WordsWithHope. Each day in October on their social channels, a word of hope and corresponding statement will be shared from people whose lives have been touched by breast cancer. They hope to shine a light on the importance of screening and early detection, as well as honor the warriors that faced this diagnosis.

Statistics show that one in eight women in the U.S. will receive a breast cancer diagnosis in their lifetime. And we’ve seen the power that community can have in bolstering strength, courage, and humor during times of illness. Over the years, our players have shared their stories of friendship and support that they’ve found in Words With Friends, and we’re proud to be joined by these incredible, esteemed women to spotlight this cause that touches so many.