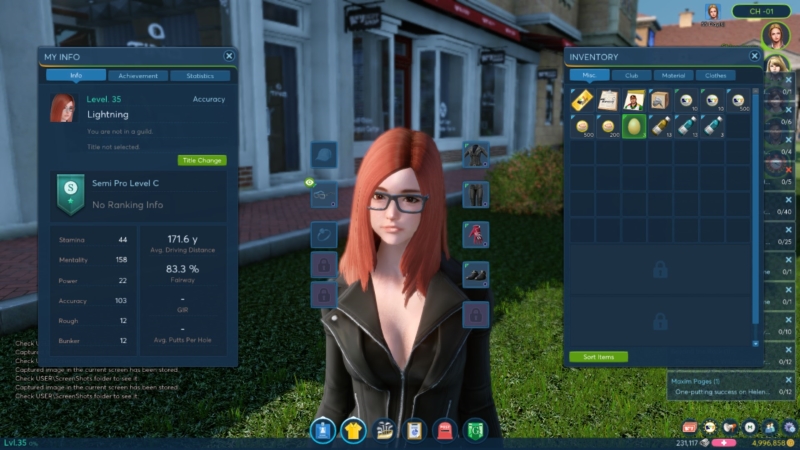 BANDAI NAMCO Entertainment America Inc. (BNEA) has released an update for Winning Putt, the online golf experience now available in Open Beta. Besides pushing the level cap from 30 to 35, demanding quests, new club sets, and game optimizations are waiting for the players.

Golfers who already have mastered their challenges can now look forward to fulfilling new missions and gathering new club sets to improve their game. Level 30+ players will have to be at their best to achieve success, as the latest quests take place on the most serious courses. New missions on Seven Angels, Wildstone, and Plumeria at Night focus on arduous golfing feats: scoring points is always a challenge, but getting a birdie out of the bunker is something else entirely!

In addition to these newly added achievements, a set of quests now appear on players’ loading screens as well. The individual quests focus on different golf maxims and engage golfers with specific challenges related to those maxims.

BNEA and Webzen Onnet further optimized the game: several features and game mechanics have been tweaked for an enjoyable and more stable experience.