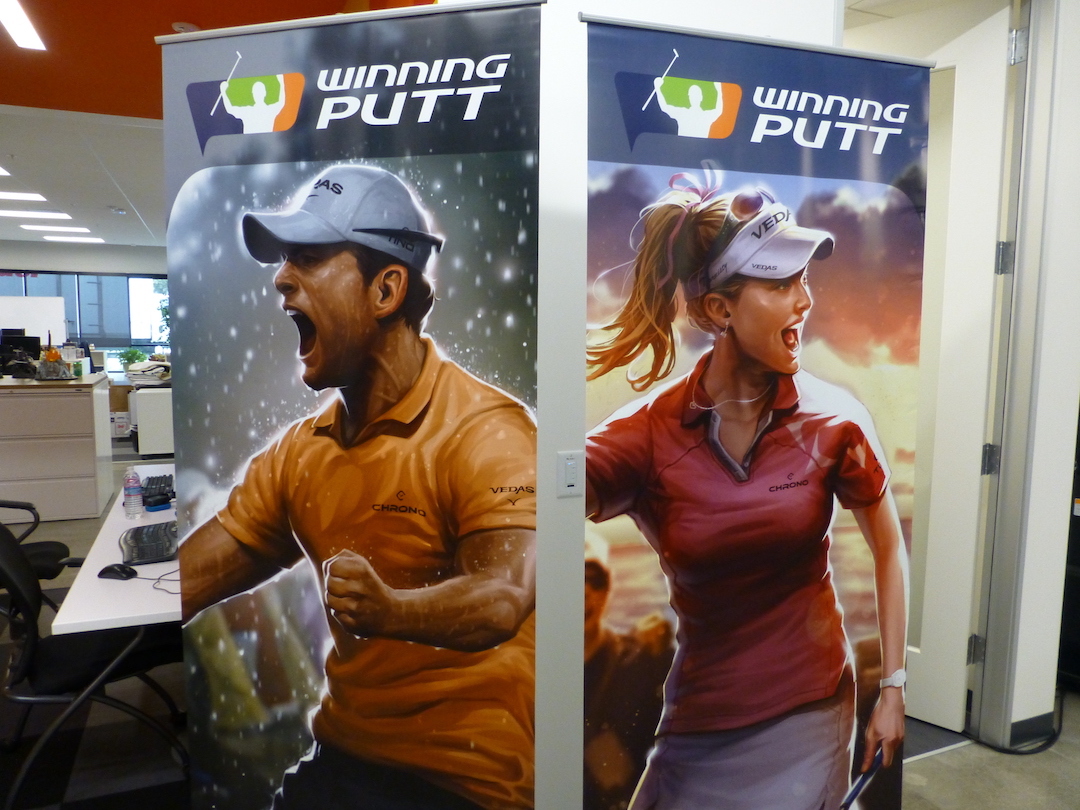 Last week we attended Bandai Namco’s Open House event at their new Santa Clara office – they’ve got some pretty sweet digs that are inline with the other software companies in the area. However, unlike other companies, they’ve got pristine arcade machines, Dark Souls statues, and a fantastic Tekken 7 setup. Looks like they’ve stepped their game up a few notches since their San Francisco location (pictures to come later this week in my full event write-up).

Winning Putt soft-launched with an open beta earlier this year, and has since been adding customizable content, hosting tournaments, and tweaking the guild systems and game balance. During the open house event some statistics about Winning Putt were revealed to us, including the fact that over 10,000 rounds are played each day and it takes the average player about 55 minutes to complete an 18-hole course – that’s some fast golf! 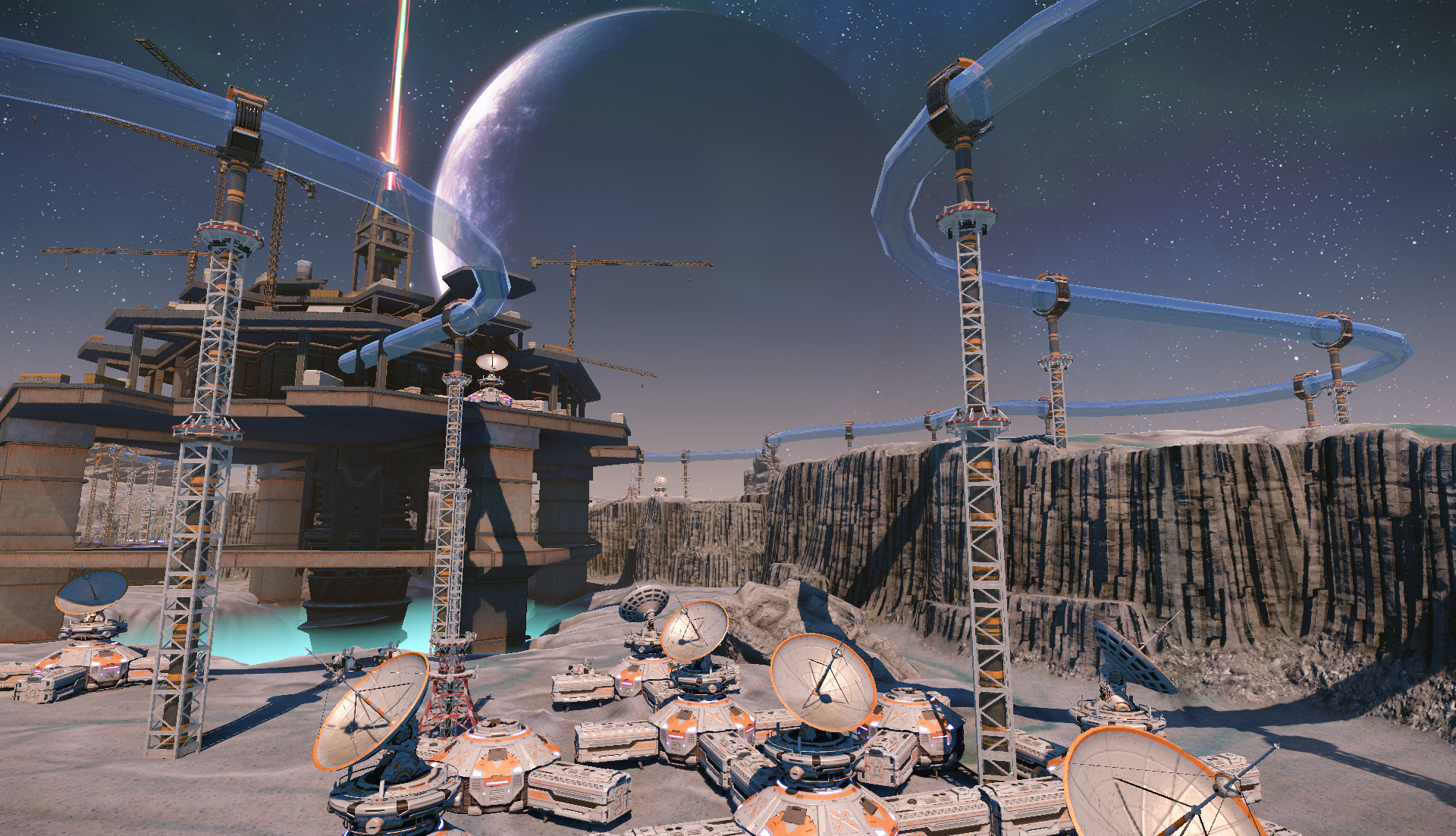 What does this have to do with golf? You’ll see.

Winning Putt’s first big update is coming out shortly, titled the Spring Update. The Spring Update introduces a new course, a new feature, and marks the start of the Volero Tour at the same time as the Valero Texas Open – about halfway through the current PGA circuit – that will wrap up alongside the PGA Tour in September. 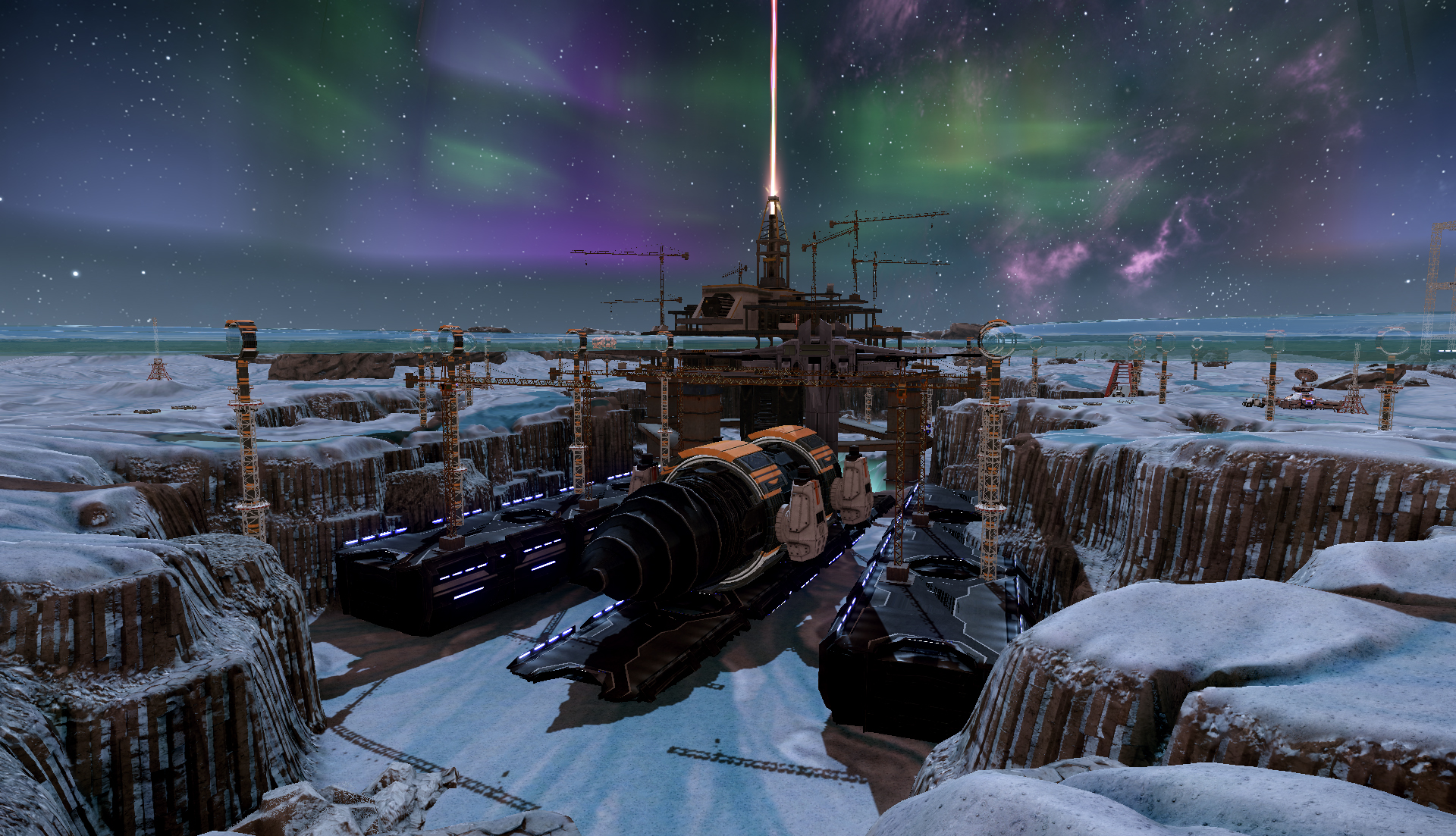 Are you ready to play golf in space?

Starglen is the newest addition to the course lineup, featuring an alien world and exploration site. Intended for intermediate and expert players, Starglen has a new tileset and environment that will require some adaptation. The night variant of the course is nice to look at with an aurora overhead and varied lighting. The gravity doesn’t change (aw, maybe in the future?) and the course will be played in some of the events driving the upcoming tournament. 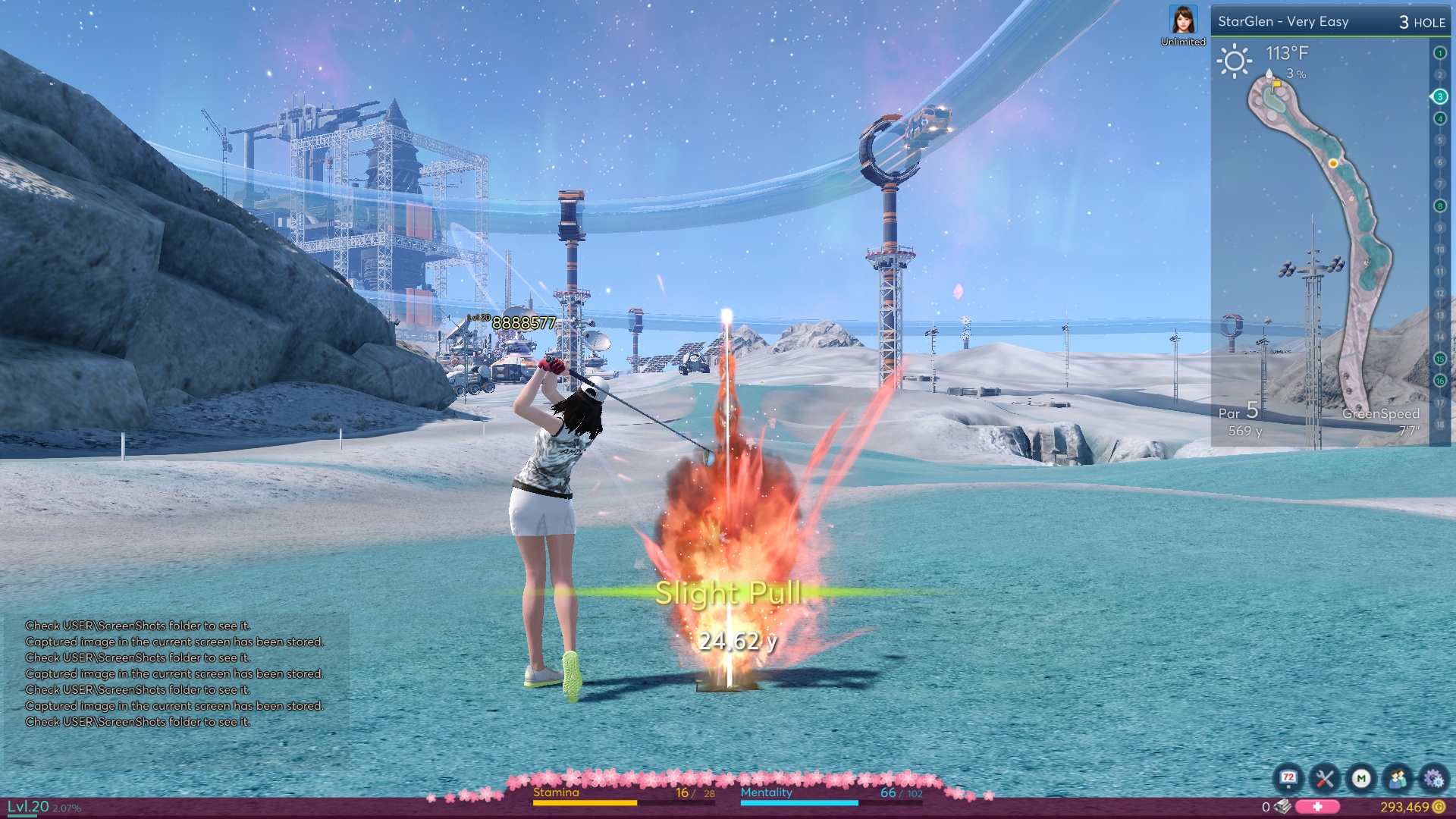 The new feature, titled Survival Time Attack Mode, allows for up to 20 players to simultaneously race a 9-hole course against each other. Although no one’s strokes directly impact anyone else’s, you can see the ghosts, animations, and special effects of the other players as they make their moves. Of course, it’s golf, so the player with the least amount of strokes wins, but the time aspect has been emphasized so players are incentivized (well, forced) to finish quickly else they forfeit the hole. All players must finish up within 30 or 45 seconds of the first player who finishes a particular hole (an option in the lobby settings), else they’ll have an incomplete score and likely lose the round. 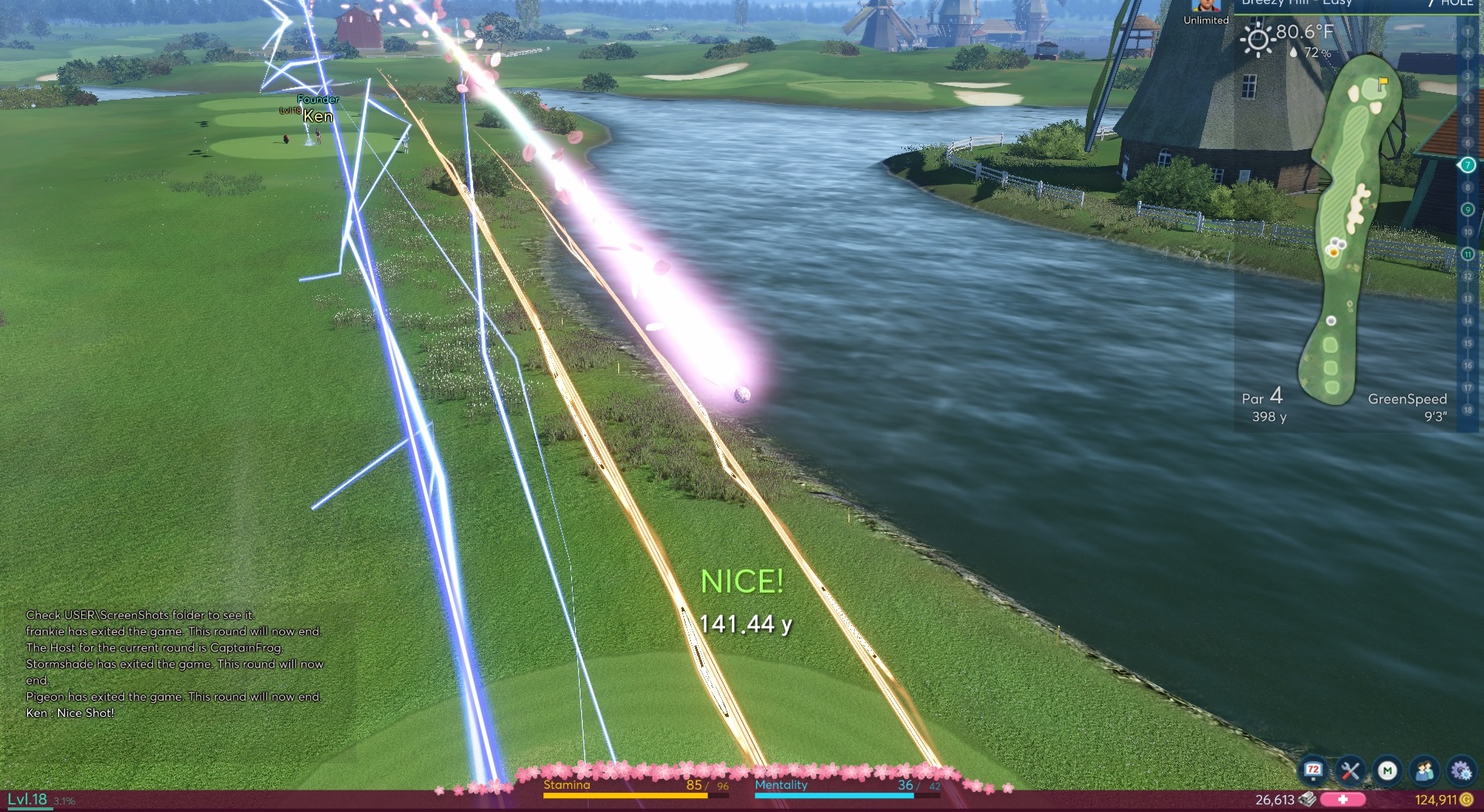 You really don’t want to be downrange from this kind of insanity.

A new multi-month tournament is starting soon, which will culminate as the Sakura Pro-Am Cup in September. Over the next several months players will enter and play across all courses in four mini-seasons. The winner of the Sakura Cup will be awarded with a unique glowing blazer, among other rewards, as seen below. Beware: Everyone plays on the highest difficulty setting in these tournaments, so practice up. 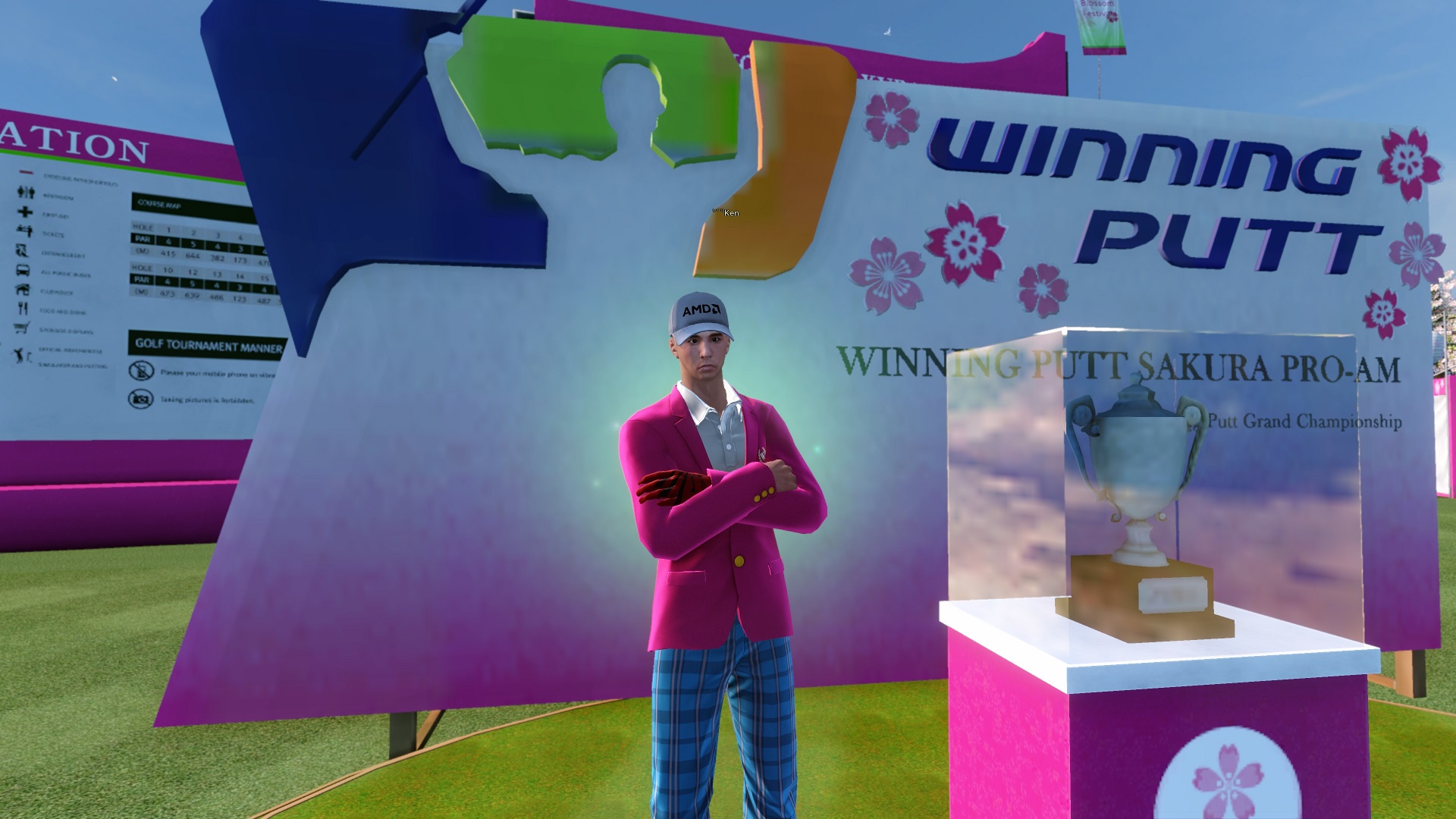 Let’s face it – you too would sport a pink blazer if it glowed and gave you a blue aura.

This update comes out…tomorrow! Surprise! Think you have the gumption to jump in and win like some sort of freshman prodigy? Give it a shot.