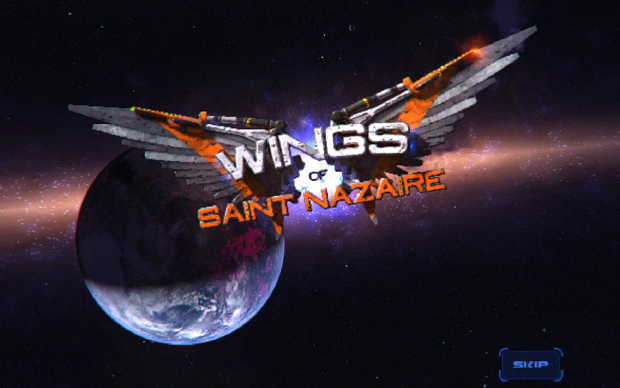 While all the focus in the space race these days is on StarCitizen and Elite: Dangerous, there’s a lesser known underdog slowly gathering a following. With ambitions on par with their rivals, and a unique graphical style that’s both clean and eye catching, this indie title is sure to give the big dogs a run for the pound. 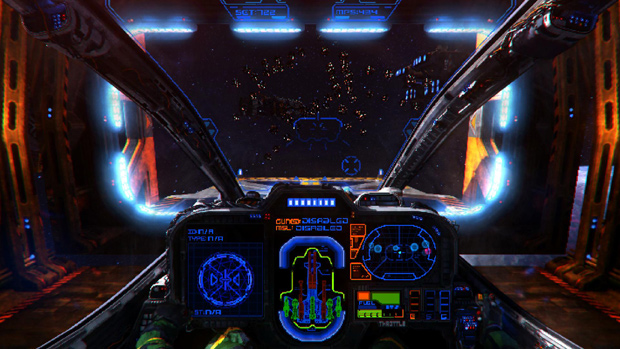 Wings of Saint Nazaire is a game most of you, if not all probably haven’t heard of yet. I must admit that I also never knew that this game was in development, let alone being this far along in the development process. Wings of Saint Nazaire is an action-oriented space simulation game that is heavily inspired by the Wing Commander and the X-Wing series. But unlike StarCitizen and Elite: Dangerous, Wings of Saint Nazaire takes a different path, one much friendlier to lower spec PCs. By making the game completely playable in the browser, almost anyone is able to play this game with a simple keyboard and mouse. 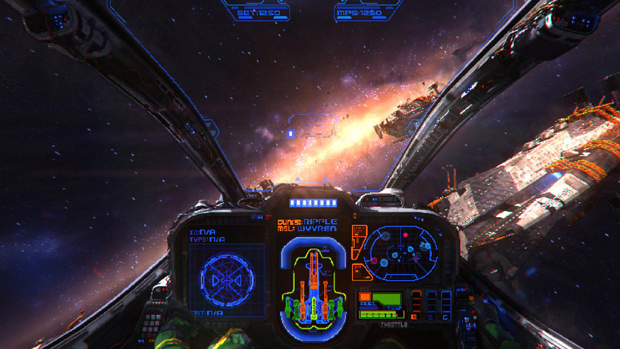 Currently the game is more a concept and trial than a game, as content is still limited. But unlike their competition, their dog fighting game mode is already available for free testing to the public. Even if you haven’t backed the game, you’ll still be welcomed as a sort of test runner to try to wow you into getting behind the game. Honestly it’s an impressive experience for any game still labeled as being in alpha. After I installed the Unity player, I locked the door to my room and spent the next few hours in space, immediately hooked.

The game begins with your initial launch out of a massive mothership as you fly straight into battle. Wing Commander immediately came to mind as the obvious inspiration behind everything from the look to the controls. The view is just like any other space simulators, perhaps even going a bit retro with their UI to appeal to the older audience. The cockpit reads off your current speed as well as the current state of your ship, and is filled out by the all-important radar. No more, no less, and I absolutely love it. 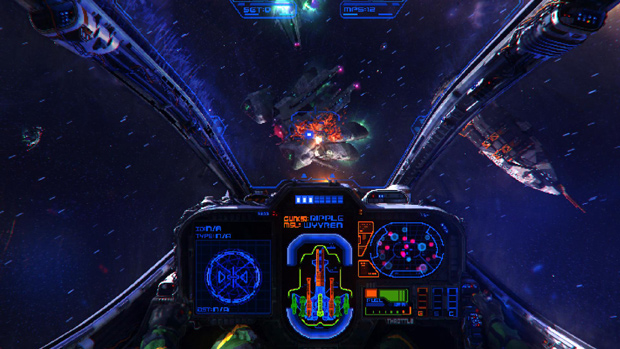 Moving your ship around is easy, and it shows us that you don’t need to be full on hardcore and realistic to still have fun in space. By simply using the WASD keys and your mouse you will be doing quick maneuvers in no time and enjoy the content in the way you are supposed to. Unfortunately besides shooting the other ships, and trying to figure out how the radar exactly works, there isn’t any more content to have fun with. And after a couple of hours of playing you are pretty much done with what the game has to offer right now. With that said, I still often sneak in an hour or two per day just to enjoy the gameplay, as it has a way of grating at the back of your mind, making you want to come back for more. I mostly enjoy the change of pace of removing realism, and blasting my engines at full speed without fear of my pilot passing out. Essentially this is the arcade space shooter MMO any casual sci-fi fan has waited a long time for. 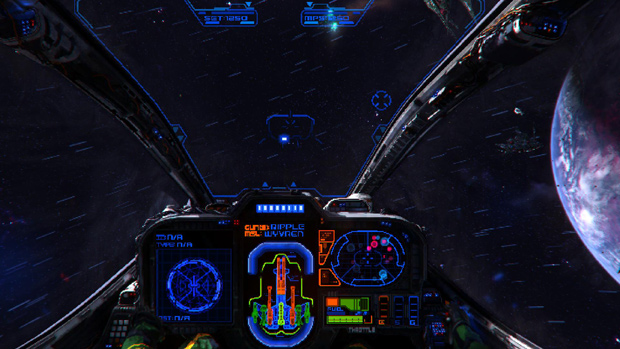 The future of Wings of Saint Nazaire is still questionable, not that it will be finished or not, but what exactly the team behind this game wants to do. As of right now they are no longer taking crowdfunding donations, but they have said that there will be more details available about this soon. As to whether the game becomes free to play or not, their finalized business model is still up in the air. They have set the goal to try and make it a free game, but if the game eventually is going to cost something, the team promises it will definitely not be anywhere near as expensive as a full price title. And I think this is fair, especially since you need funding to keep working on a game that is as promising as this. 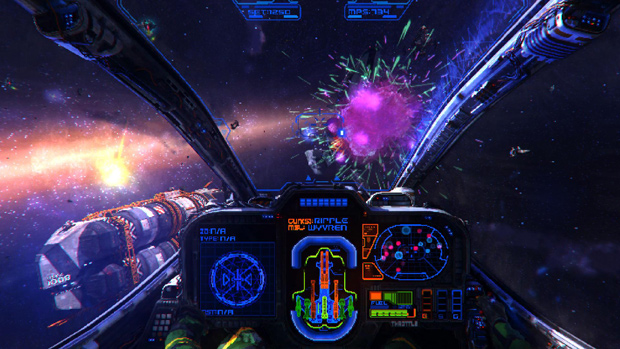 Wings of Saint Nazaire shows potential, and I personally got hooked right off the bat just like the other crowd funded games did to me. This game is definitely one to keep a close eye on, because from what we’ve seen it is absolutely amazing how smoothly it runs in a browser. If graphics are vital to your experience, they might be a deal breaker, but those looking for the sheer pick up and play fun will have a home here. Hopefully there is a large enough playerbase as a result to build a fantastic universe filled with warfare and alliances. But in the meantime you can partake of mindless dog fights or even offline play with a quick 75mb file download.