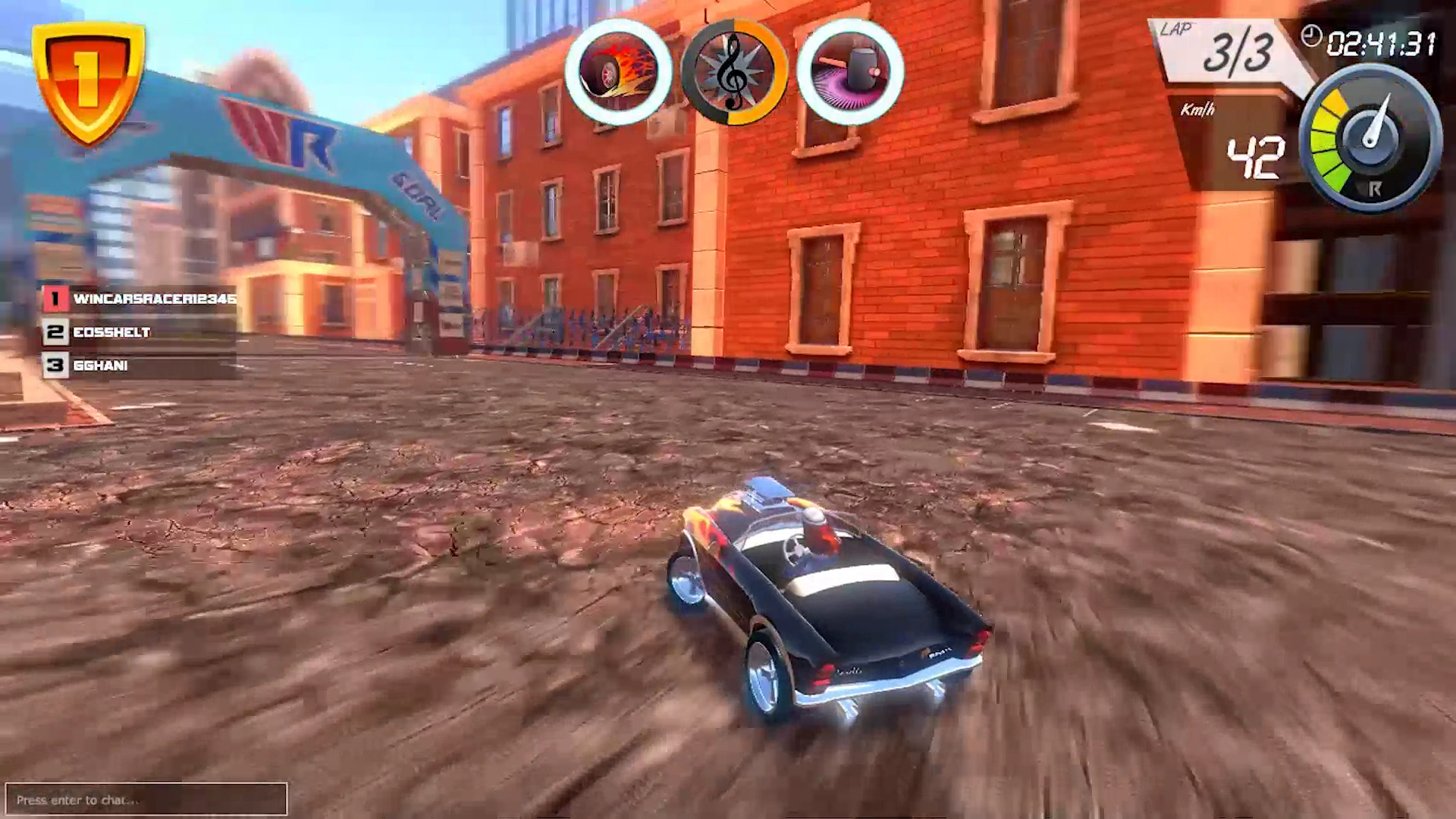 While I usually find myself playing ARTS/MOBA games such as Dota 2 and Heroes of the Storm, I still love to spend some time playing racing or driving games. A lot of the time, I opt for the more realistic titles such as Project Cars or Euro Truck Simulator, but sometimes you just feel like relaxing and playing arcade racers. This is where Wincars Racer comes in: an arcade racer offering players a game with fast-paced action packed gameplay. I was fortunate enough to take part in a developer tour with eosshelt and Javier from DragonJam Studios. Read on for my first impressions of Wincars Racer. Spoiler: The game is a blast to play!

Mario Kart is my go to racing game when friends are over. It’s cartoony enough providing competitive gamers with enjoyment but still forgiving for casual players. These qualities make Mario Kart an amazing party game where gamers of all skill levels can play together. Wincars Racer reminds me of Mario Kart but built for realism levels closer to games such as Burnout or Need for Speed. Knowing this, Wincars Racer is a game that is very easy to get into but still rewards competitive players who dedicate their time towards practicing and improving.

Circuits are introduced with a nice fly by

As expected from a racing game, the controls are very straightforward. In the beta, players are able to use their keyboard or a gamepad. A steering wheel is usable but the controls will require manual mapping. I recommend going with an Xbox controller as it feels most natural for this game; a steering wheel is not a very good choice for arcade racers. Regardless of your choice of input device, the controls are very easy to pick up and play. Aside from the throttle, brake, and steer commands, players have turbo, power special, stomp, punch, and drift available in their arsenal.

As players drive around the track, their turbo meter charges up. Unsurprisingly, using turbo speeds up your car allowing you to catch up to or increase your lead on your opponents. It is important to keep using your turbo when available, as you will not gain more turbo charge once it is full. Of course, you should still only use it when you can handle the top speed without crashing. Similar to the turbo, stomp also charges over time and will hit all surrounding drivers when activated. Both turbo and stomp charge instantly if you drive over their respective power ups. It is not required to charge up punch; simply hitting the button when an icon pops up on the screen will allow you to hit a nearby driver.

Power specials are a great way to pass your rival racers

It is great to see some additional actions such as stomp and punch. These simple but creative additions set Wincars Racer apart from other games. They add a comic side to the game appealing to all fans of arcade racers. Continuing with this trend, all drivers available to players feature unique power specials. These power specials can be anything from a flamethrower to transforming into a giant that crushes rival drivers. These power specials add a bit more flavour to the game and ensure that the races are action-packed. During my developer tour, we only had three people, which was already a blast. I can imagine, and DragonJam Studios ensured, that having a full 8-player race is even more fun and fast paced.

Currently there are six drivers and many cars available to players. All items such as drivers, cars, skins, and circuits are purchasable using in-game money. It was great to see a game offering everything even for free players. This ensures that free players are not knocked out of the competition simply because they do not wish to spend real money. However, players will be able to purchase anything from the shop with real money as well to save time. So far, the shop system is well done, and I am hoping it stays this way. Great job DragonJam Studios for realizing that you do not need to give paying players an advantage over free players to make money. Many games are out there which survive and even surpass pay-to-win games without giving paying players clear advantages.

Players can customize and browse through their collection in the garage

Aside from featuring different power specials, all drivers, like cars, have different stats. Some may be better on road, some better off road, and others may have faster acceleration. Couple this with the skins and you have a lot of customizability available in Wincars Racer. However, sometimes having too many options can be bad and overwhelming for new players. To combat this issue, the game suggests drivers and cars for each circuit, which make it a lot easier for new players to ignore the complexity and begin racing.

Additionally, a leveling system restricts certain vehicle types until you unlock their licenses. Players can drive formula, sport, off road, and granturismo vehicles. Some of these, such as the formula cars, are harder to drive than others. Others are specialized to capitalize on specific track conditions. and certain types are better on different tracks. I am usually against the idea of having to unlock categories or items but this system makes sense in Wincars Racer. If a player just jumps into a formula car from the get go, they will have a bad time.

So far, all of my impressions have been positive. This is no surprise as the game is a blast to play, especially with it being in open beta. However, there is always room for improvement. While the game plays really well, it is severely lacking in the ‘polish’ department, especially when it comes to sound, user interface, and environment.

When you are racing, the game just feels dead. You do not hear the roar of engines, nothing is going on throughout the circuits, and the circuits just look bland. It is not necessary for cars to sound realistic but the sound effects need improvement. If we look at Mario Kart, the circuits look amazing. The little details such as animals, spectators, or other items in the environment can make a massive difference. Circuits are well balanced but they just need some improvement to make them feel alive. I was on voice chat with the developers while racing so it wasn’t too bad, but I can see this dead environment turning off players playing alone. They will not have the constant banter from voice chat to keep them entertained.

Formula cars are very fast but difficult to control

The user interface is also very outdated. Some menus are simple black backgrounds with white text and some employed effects are reminiscent of the old days of the Internet when we were used to seeing flames and gradients everywhere. The interface needs some cleaning up to make it look clean and modern. It was great to see some nice animations throughout the menus but before jumping on animating the interface, the static design needs to be perfected.

In conclusion, Wincars Racer was a blast to play. The game is still in its beta stages but even now, it plays really well and always leaves you wanting more. There is a ranking system already in place which will keep competitive gamers coming back to secure high spots on the leaderboard each season.

Second place at the last second!

The open beta has just begun and DragonJam Studios is intently waiting for players to provide feedback. The drift functionality, originally deemed unnecessary, was added in due to player feedback. Your feedback can make a massive difference and shape the future of this game.

A Steam Greenlight campaign is underway to bring more publicity to the game. If you enjoy playing the beta, do not hesitate to check out the campaign. It would be great to see Wincars Racer on the front page of Steam someday. However, until that day, let us all enjoy playing the beta and see this game evolve before our eyes!