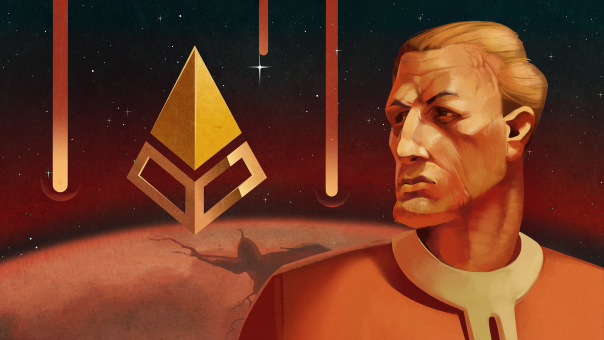 Independant French developer Insane Unity is excited to announce that their breakout title, Win That War! — a retro-futuristic real-time-strategy (RTS) game with a massively multiplayer online campaign where thousands of players battle for planet-scale dominion — is now available on Steam for Windows PC! Players can ready their futuristic weapons of war and embark on faction-based galactic conquest, alone, with friends or with (and against) the whole world.

It’s year 1023 of the Galactic Era. Bold explorers discover a new planetary system among the stars, confirmed to house extremely rare and untapped resources. This immediately prompts the greatest economic powers of the galaxy to dispatch their most skilled envoys to make claim to the alien worlds. This is where your – and many others’ – journey begins.

Win That War! is an RTS which immerses players in the heart of a galactic war fought by three power-hungry conglomerates — Nasca, Atlas, and Jet Blum. This conflict takes shape in a massively multiplayer planetary campaign, allowing players to fight by the thousands on unexplored planets, staking claim to territories by building powerful structures that siphon planetary resources and growing armies. If you agree to join one of the three mega-corporations, you will have to prove your worth on the battlefield by combining strategy, dexterity and a little panache.

Key Features of Win That War!:

Currently an Early Access title on Steam, post-launch, Insane Unity already has three months of carefully considered new content and features planned for Win That War!. Upcoming content includes new biomes, additional maps, online quests, new structures and units and a vast player skill tree. Each new update expands Win That War!’s single, multiplayer and Galactic Campaign modes. Win That War! features an innovative multiplayer networking system which allows for thousands of players to take part in the Galactic Campaign concurrently. Each conquerable planet is divided into hundreds of territories, where up to nine players can dispute a territory at the same time as thousands of others.