News >
Editorial Articles >
Will New World Last, or is it Just Hype?

Will New World Last, or is it Just Hype? 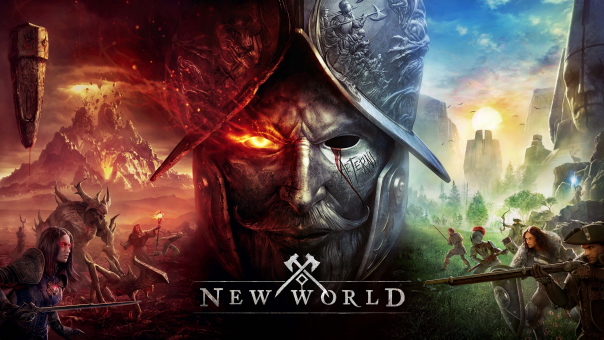 Large-scale MMORPGs don’t come around every day. The long lifespan of staple MMOs like World of Warcraft is enough to make that fact eminently clear. With New World releasing as the most hotly awaited MMO in years — perhaps even a decade — one question looms: will it be the next big MMO?

While it’s always hard to tell whether a game will succeed or flop, it is clear that New World has already had quite a polarizing effect on the community. Let’s take a look at a few key considerations in an attempt to answer this question.

It’s no secret that New World is the first major product of the behemoth newcomer Amazon Games. While the retail giant’s reputation means that the project has unbelievable funding and marketing behind it, that most certainly doesn’t spell success for the game.

Having been around for almost a decade, Amazon Games (formerly Amazon Game Studios) has published and developed a variety of titles, but until 2019 all of their titles remained small-scale titles on the Appstore.

That, in part, was due to their two larger-scale projects, multiplayer brawler Breakaway and F2P multiplayer shooter Crucible. Both were halted during development due to lukewarm reception. Crucible was a particularly sorry case, with the game releasing as a hero shooter in direct competition with Overwatch, and releasing in 2020 to such a poor reception that the game swiftly returned to a closed beta, then stopped development entirely with the company soberly stating they saw no sustained future for the title. Ouch.

Thus, the idea that Amazon cannot fail is a total fallacy. New World most certainly can fail, despite the hordes of wealth the company has surely poured into the game already. But will it?

It’s true that a wealth of MMO fans and intrigued gamers all shot onto Twitch during the game’s closed Beta to give the game an early eye-watering peak viewership of more than 700,000. This exposed a great number of people to the intrigue of New World, increasing the hype for the game’s release and assuring its high player counts upon release with Steam alone recording over 700,000 concurrent players on day one.

Sadly, the bloat of players put a huge strain on the game’s servers, resulting in incredibly long wait times and server capacities being reached very quickly. Amazon responded quickly to the problem by introducing further servers. However, such hiccups at launch definitely underpin Amazon’s status as a newcomer to the MMO space. And, as players have pointed out, there are plenty of other minor issues with the game which have been bugging players since release.

It’s no doubt that New World’s unique take on the MMO formula is a breath of fresh air. A new type of setting, a new style of combat, and a focus on open-world PvP that has rarely been embraced since RuneScape all add up to players getting hooked.

But that’s not the full story. Players, especially fans of PvP, have gone to great lengths to point out that the PvP promise has somewhat changed, shifting the focus to a more cooperative PvE experience. Something that, of course, left many excited players’ hopes in the dust. What’s more is some have gone on to criticize the game’s PvE as being repetitive, and not different enough.

While this is certainly down to personal preference, it goes to show that New World may not be quite as new as its name and Beta had once suggested.

In all, only time will tell whether New World will survive as the next big MMO. But it’s clear that it stands on rocky foundations, both due to Amazon Games’ sketchy history with online titles and the disappointment of certain players. Steam’s player count since release also shows a steady decline in peak numbers, throwing up some question marks to the longevity of the game. But with an average of almost 450,000 players on Steam alone, it’s clear the game isn’t going anywhere soon.

If you’re looking to get ahead in New World, head over to Eldorado.gg to boost your New World Coins supplies and get your hands on high-level gear without the grind.