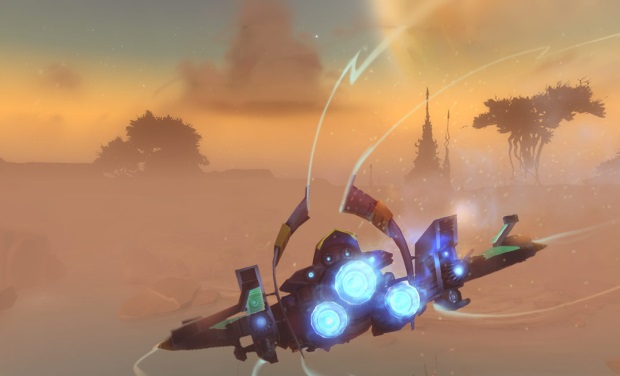 NCSOFT® and Carbine Studios™ today announced that their upcoming action-adventure sci-fi MMO, WildStar® has entered Open Beta and will be available to fans 24/7 for the next 10 days, from Tuesday, May 8 at 7 a.m. PDT to Sunday, May 18 at 11:59 p.m. PDT. NCSOFT and Carbine Studios welcome all players to explore WildStar, whether they are already familiar with the legendary planet Nexus or not, prior to the worldwide launch on Tuesday, June 3.

Celebrating the announcement of Open Beta, Carbine Studios has released a new trailer highlighting the background story of the game -s omething you will not want to miss. In addition to the video and 10 days of access, Carbine lifted the level cap to 30, allowing players to dig even deeper into the world of WildStar.

To access a WildStar Open Beta, visit www.wildstar-online.com/en/openbeta for instructions and access. Players that have already participated in previous WildStar beta event can log on with their current accounts.

To kick off the Open Beta, Carbine Studios is hosting a 30 minute Livestream on its Twitch Channel today at 11:00 a.m. PDT (www.twitch.tv/wildstar) where the developers will give a state of the game update and share their thoughts on exactly why WildStar is going to kick ass and disrupt the MMO category. The team will be back on Friday, May 9 with a six-hour developer Livestream featuring a slew of content starting at 11:00 a.m. PDT, including play-by-play of some exciting raids and Warplots activity, Open Beta content and a sneak peek into the first post launch content drop. As part of the stream, Carbine is turning it into a massive social ‘Ask Me Anything’, opening up every social platform to take questions – Facebook, Reddit, Tumblr, Twitter, Forums, Twitch and Vine to name a few.

WildStar officially launches worldwide on Tuesday, June 3, 2014 and will be available in two versions. The Standard Edition includes the game, 30 days of play time and an Eldan-themed Housing Décor item. For an additional $15, the Digital Deluxe version of WildStar includes all elements of the Standard Edition as well as an even larger package of exclusive content: an Eldan Hoverboard, a unique costume, a unique Eldan player title and a limited-edition Eldan dye set. Preorder information can be found at: www.wildstar-online.com/en/preorder.