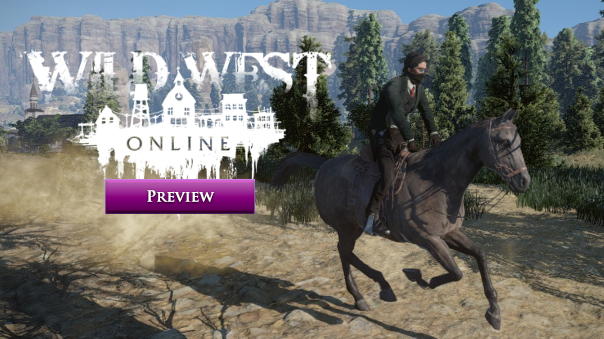 It’s funny to think about all the games we’ve seen up to this day. With MMORPGs in particular, we have seen all these type of different genres with different themed games, yet a game about the wild west, or about cowboys specifically, isn’t commonly used. Despite its many historic events, and the special style of living back in the day, it is disappointing that it never really caught on in the games industry. The only good game that ever portrayed the Wild West right is Red Dead Redemption, and its legendary status might’ve scared a lot of publishers off, because how can you possibly top that? Wild West Online is an online open world game that puts the player in this experience, and even though it is still very much in development, we were given the chance to check out the game early.

Since the game is still in early alpha stages of the game, anything is still prone to change. Most of the features are left out or implemented in somewhat of a simplistic form to still give the player an idea of what the full game is promised to deliver, and this can already be seen when making your character. As of right now, making your character is very simple, with only one gender available, and only one generic hair style with a couple of different faces. Since the game’s test is mostly all about its content and basic game performance right now, I will not be all too harsh on the game. A lot of games I have seen in the past have changed completely upon release, and I want to focus more on the things they have done right thus far. 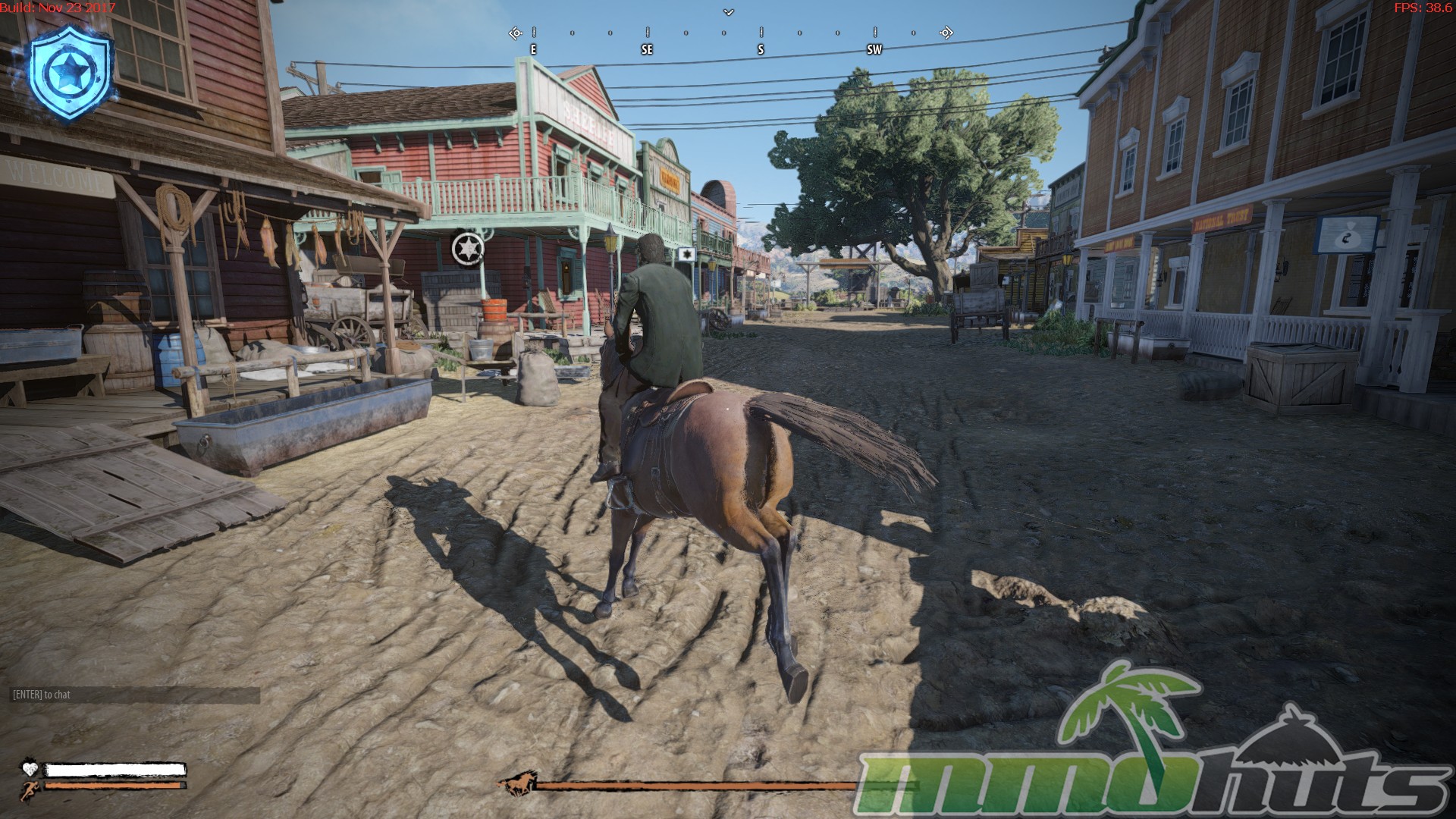 The game feels true to its genre.

Wild West Online is absolutely stunning looking. Even on the lower graphical settings the game looks decent enough to be portrayed as one of the better looking MMOs of this age. Unfortunately this comes at a price, as its optimization is still not quite there yet. Despite running this on a very high end machine, the performance is very lackluster and is occasionally dropping into the lower numbers, making you wonder whether or not you are looking at a PowerPoint presentation. In fairness, optimization is done towards the completion of the game, so let’s hope the future brings a few more frames to our machines. Sinking in the moment that you have just been thrown into the wild west is a really breath taking moment when you look towards the mountains or down the hill gazing at a small river. The ambiance of the game is done perfect, and every small town you come across really tells a story of its own and you can tell some love is put into the world. Although the world in its current state is still very small, and honestly even too small to give the game any sense of an actual open world, they are definitely on the right path to making a successful Wild West themed game. 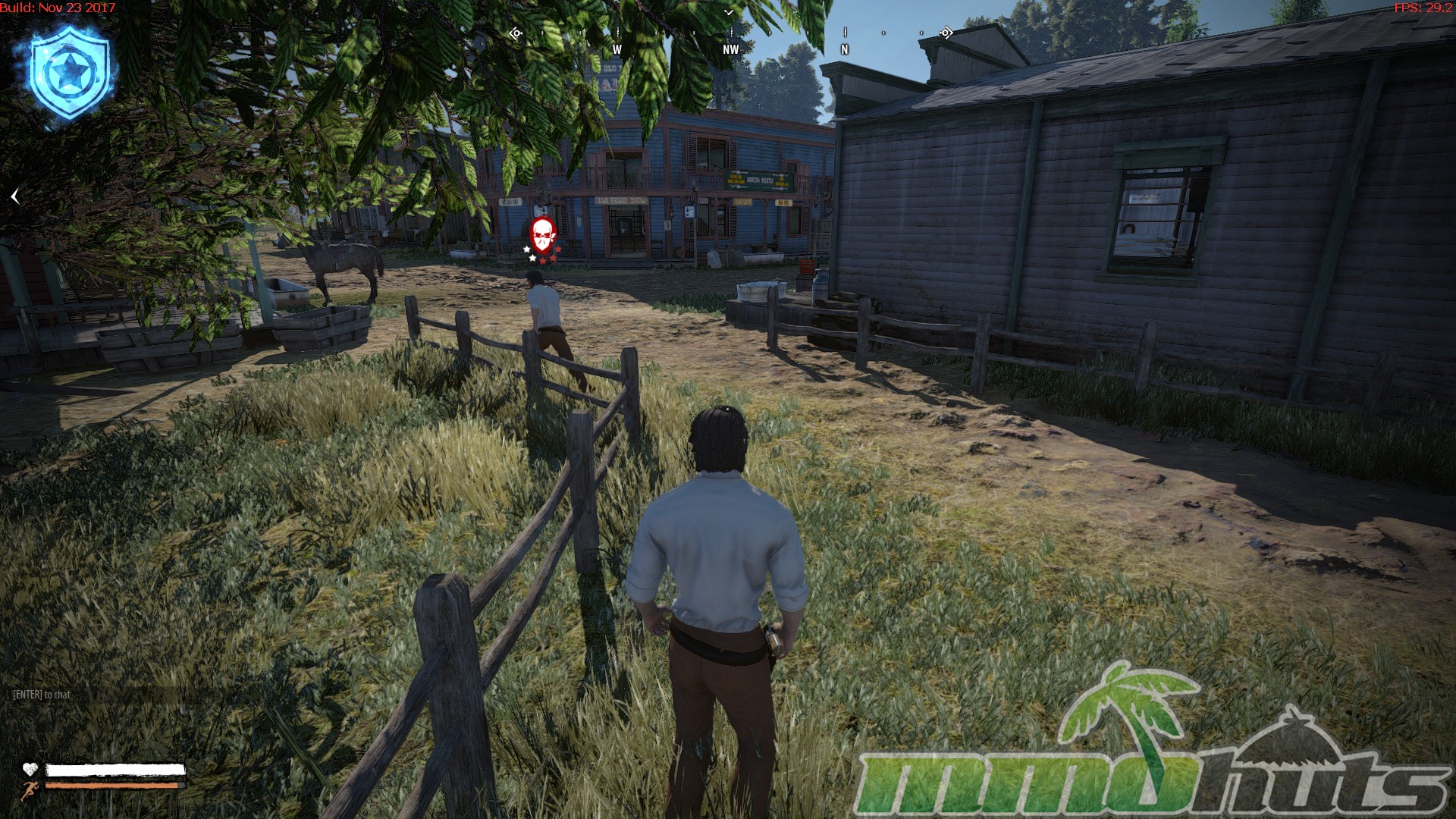 The law is in your hands... or theirs.

In its current state the game is very shallow. Each town has their own default set of stores, like a gunsmith and general store, with the occasional NPC giving out a few quests, but nothing is really thrown into these towns to liven things up. In town where you start your journey you are given the choice to become a deputy. This is one of the few things that the game has to offer that adds a little bit of depth to the game. When you look back at the Wild West, and most stories that portrayed it, you think about about the iconic Outlaw versus Cowboy story. The good versus the bad type of thing, and this is what makes the Wild West Online in its current state interesting. The PVP knows no special rules. Deputies are able to kill wanted people, and normal players can turn into wanted outlaws when attacking other innocent players. This is what keeps you busy when traveling around trying to find materials or doing simple errands and quests.

The quests in Wild West Online are very simple, yet quite challenging at times and fun to do. One of the first quests I ran into was finding possum meat. As someone who lives in the Netherlands, where the most annoying and probably scariest animal we have up here is a bee, trying to find a possum was probably the hardest quest I had encountered. Since I barely know the little bugger, I had no clue where to start my journey into helping this man get some possum meat.  With most quests this is exactly what Wild West Online throws at you, a quest with no actual direction of where to continue. Obviously you can still find some errand quests that point you in the right direction, but for the most part it doesn’t try to set a path for you or steer you in some kind of direction. It tries to put the player in a sandbox world, with these sandbox “esque” quests to give you some reason to explore the world. 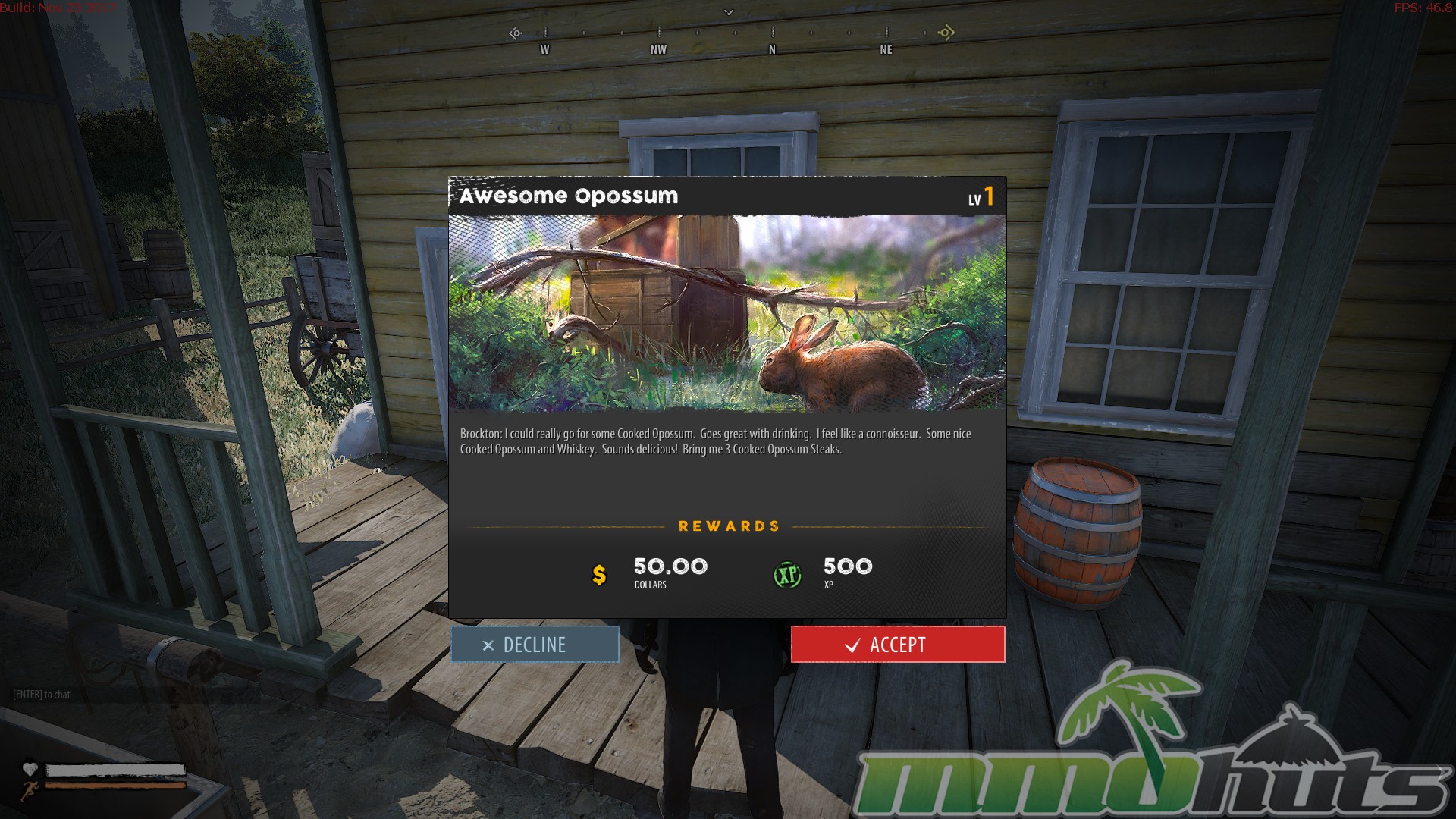 When you look at the actual depth of the game, you feel like there is still a lot of content missing to keep the player sticking around. The foundations are set for making this game a roleplaying game, and in its current state I can easily see this the most popular reason for as to why people stick around. The world is absolutely amazing, feels somewhat alive, and there is somewhat of a reason to travel from town to town to do small little quests and go where the wind blows. Wild West Online is on the right path and definitely looking very promising for people to keep an eye on, and I will too. But right now I do not think it is worth it yet to either buy into the alpha, or if you already own the game, to fully commit to it yet. The game has too little content, and there aren’t any features really to keep you from sticking around in this stage of the game. While the game does show a little of promise and looks stunning, it still has a long road to go before it officially qualifies as a MMORPG. Right now it is just a random online shooter, inside of a Wild West world.