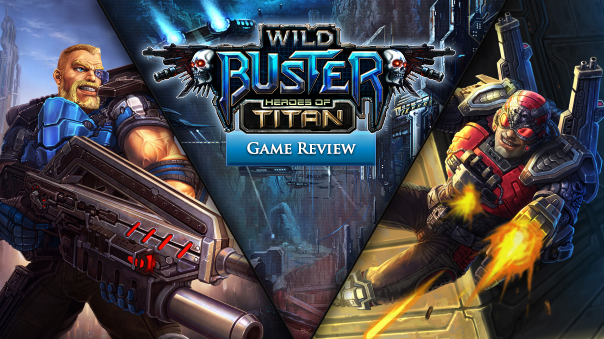 The past few years we have seen how successful hack and slash games can be. With Path of Exile taking the throne from Diablo, but with Diablo still being a worthy competitor, we have seen a huge influx of fans get into both of these games. Despite both games taking a while to really take off, the action RPG genre has really found its place in the world. So I am glad we finally see more games come to light with this particular RPG style. Wild Buster is a new game that was released December last year, and I was given the chance to check out the game, which takes pieces of different gameplay from many genres and mashes them all together into a hack and slash action RPG.

Wild Buster is a game you shouldn’t necessarily see as a hack and slash or action RPG game. Most of these games are very linear, do not have different factions, and everyone is on the same side. When creating your character,  you will already see the difference of Wild Buster. Besides gender locked classes, which is something we have seen done before and isn’t really new, we see two different factions that we have to choose from. Although the importance of the factions isn’t really all that known to me personally yet, it gives the game world an extra nice little touch for its background story. The huge difference between these factions, or organizations, as I should rather call them, are the classes. The classes are different for each faction, and I’m not too sure if that is the right way to make players choose between these two essentially different types of people. 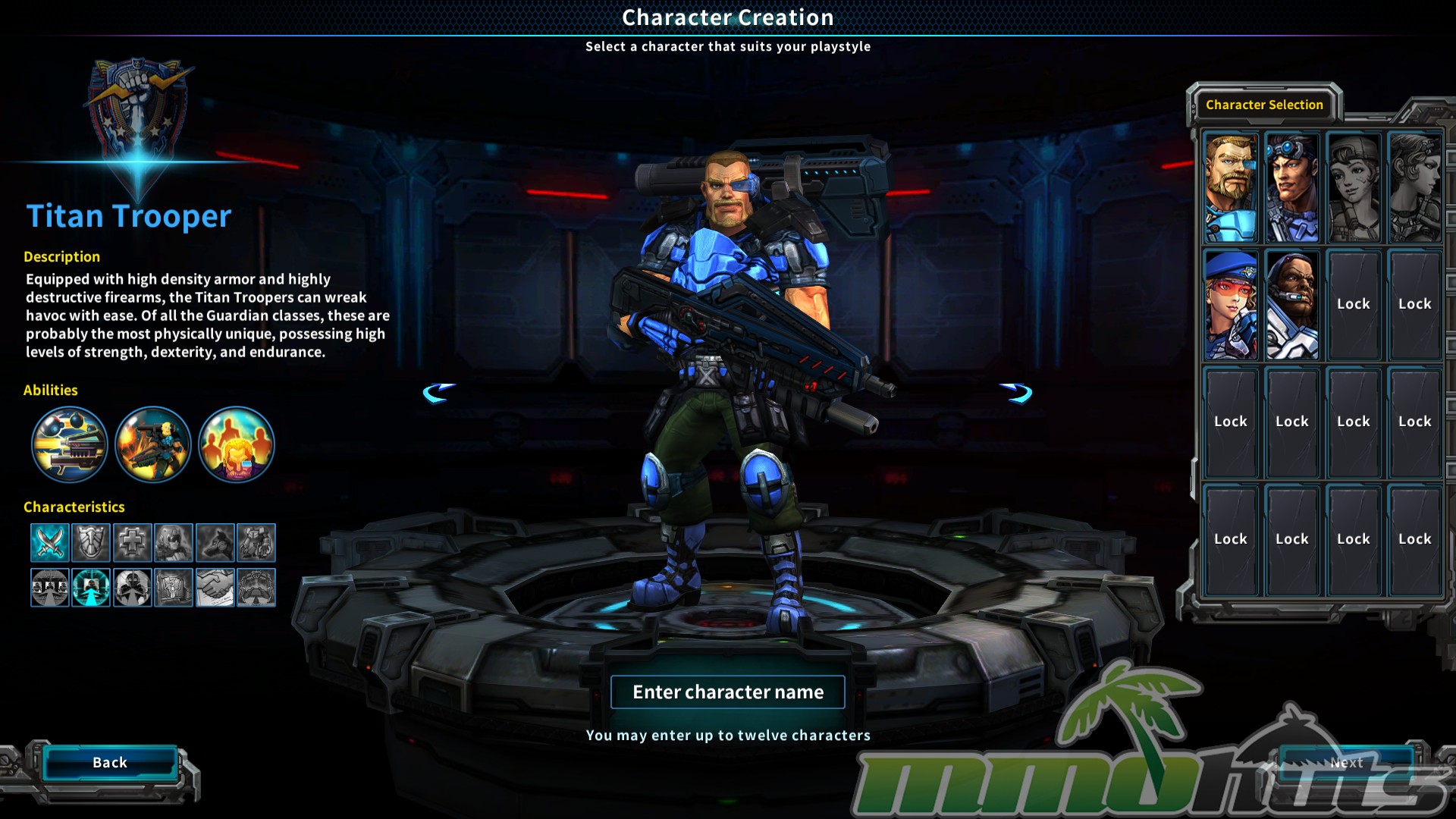 The two organizations of Wild Buster are the Guardians, a military organization that have guided their humanity to their new home on Titan, and the Abandon, an organization that is best known for its Bandit-esque story and are seen as the mutants of Titan. The Guardians are mainly classes that use weaponry such as guns, while the Abandon have a lot of melee styled classes and the more gimmicky interesting ones. While choosing the organization doesn’t really matter, since you can always create a character on the opposing organization even after you’ve already picked a side, it’s just a weird design choice to portray the story like this. Wild Buster also has elements that remind me of a MOBA. In Wild Buster you can play these different classes as if they are heroes in a MOBA. Each one of these classes have to be individually leveled, and although they can share gear with each other, you still have to play around with their kit. Leveling characters and playing the game also unlocks more classes that you can level later, so the game really tries its best to have the player grind all of these classes in a form of endgame.

When you think about hack and slash games, the most important question you usually ask yourself when trying out these games is how well it actually plays. How smooth does the gameplay feel, and is it fun? Does it give you that satisfying feeling that you actually stomp your way through the levels and the different monsters that reside within it? Wild Buster feels great when it comes to controlling your character, using skills, and running around the world. The game feels very fast paced and it is enjoyable to use all the skills, but there is one issue that makes the game feel a little tedious and grindy after only just an hour. The environments look very similar to each other, and while the boss enemies will vary, most of the trash you have to fight through will very much feel like the same fight you’ve had many times before. The levels also do not have a huge amount of mobs in them, so usually clearing these levels are done very fast and makes you hungry for more; instead of getting an extra piece of meat, you are shown the same levels with only small differences, that eventually all come together as the same thing: hit the enemies, and try not to stand into the fire or other damaging circles. 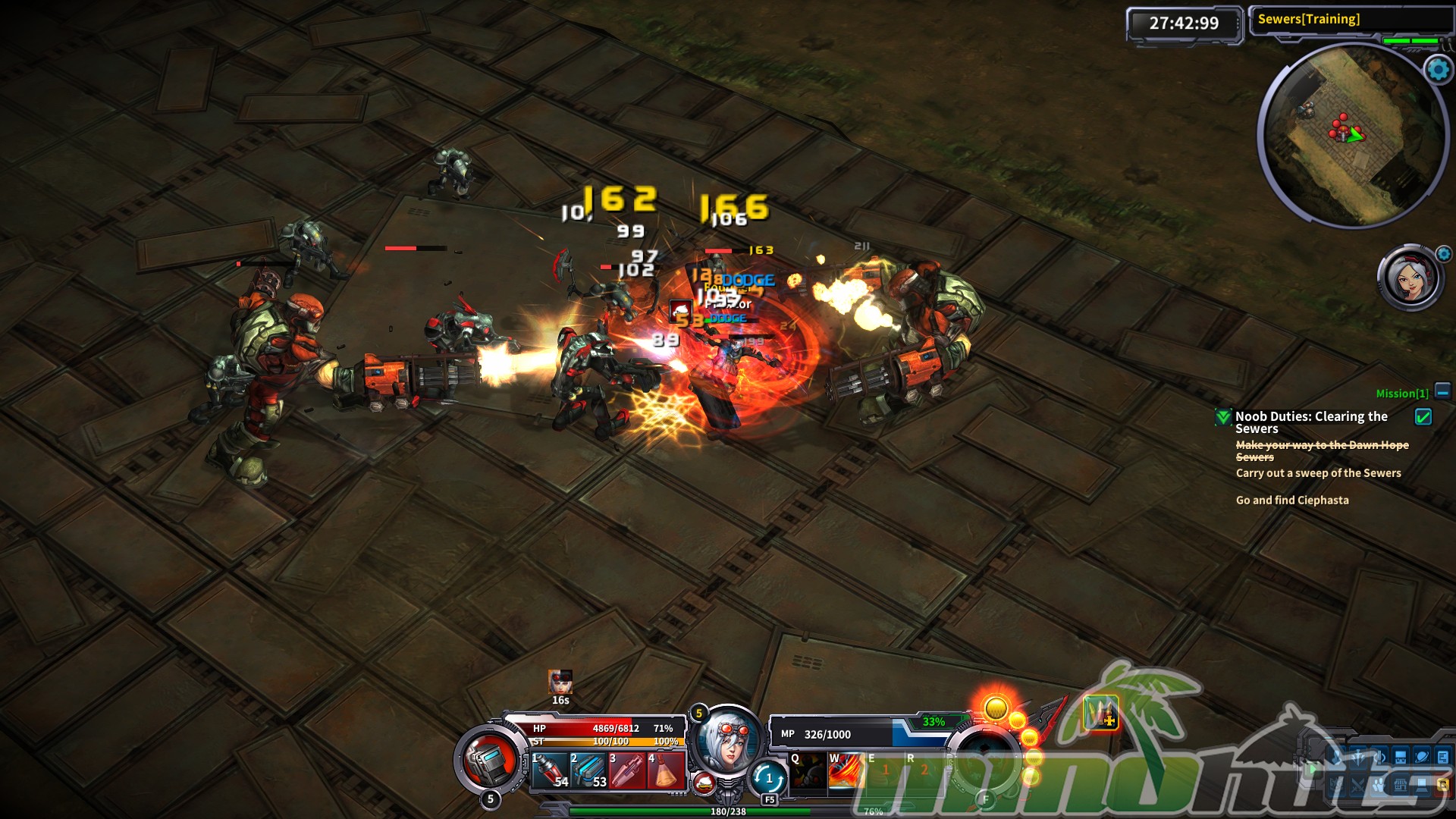 Combat can look intense but is ultimately dull.

To please people and to have something extra to do, the game also has a PvP mode where you can test your luck against other players. There are currently three game modes that you can queue up for: a three versus three mode, five versus five, and ten versus ten. While this feature definitely fits the game perfectly, because the game really plays and feels like a MOBA, the game lacks player numbers and finding an actual match can be a long process. The all time peak current players currently isn’t all that high to expect any decent queue times. Even if there is a possibility to run through the normal leveling and questing areas with a party, I have yet to find one to actually do so.

The classes in the game feel very unique and are very fun to play, but the amount of customization comes more from your gear than actual skills. Right now you are only able to run five skills in total, and one of these can be seen as an ultimate skill that you can only use when its charged up and not on its long cooldown. While you eventually do get to level up other skills that can replace the initial skills, the amount of skills you can use will always stay at five, and for an action RPG that feels relatively low. While it does give the player some extra viability to play around with, making their character somewhat of a unique build, there isn’t a lot of room to really do so and make each class feel super unique. Since you also have to commit skill points into these skills, it can be a little tricky to find the right set of skills that you enjoy most.

Conclusion: 3.5/5 (Good)
A diamond in the rough that needs more polishing. 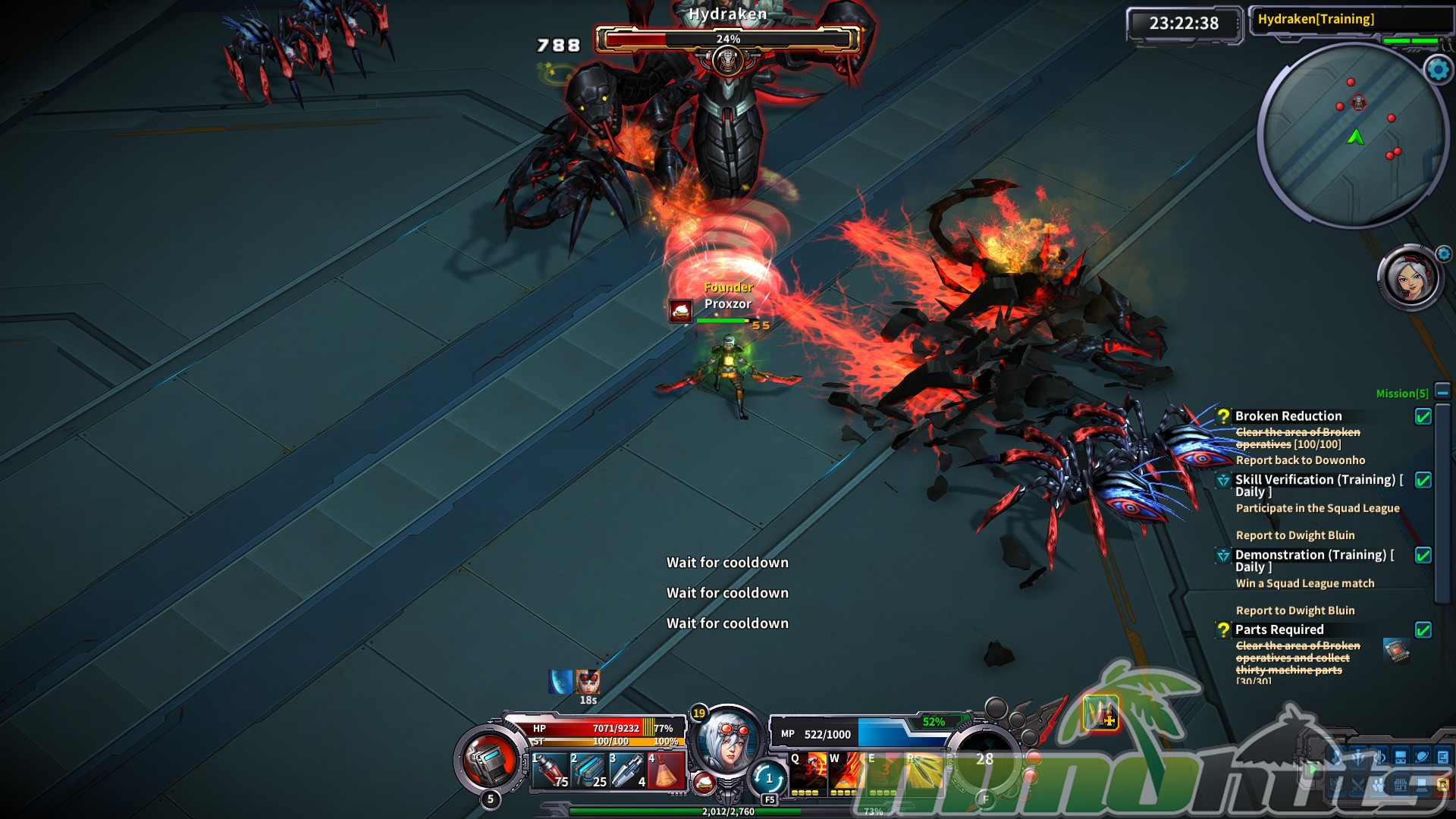 Wild Buster is a game that has all the foundations laid in front of it, and actually has a very decent concept. In reality, the game still needs to have some work put into it to keep players sticking around and to make the play-through a fair bit more enjoyable. Often I felt like I was doing the same level, but instead of walking left I went right, and instead of the one endboss at the end, I got another, while the difficulty just gradually went up to keep it interesting. While it’s not that much of a big deal for the first play through, and leveling to the max level goes relatively fast, I can imagine that it scares people away when they have to do it all again just to level up another character. The graphical style and gameplay does make the game very appealing, and I do hope that it gets updated a lot more, but at the moment it is a little bit of a coin flip for anyone whether or not anyone will enjoy the game in its current state. Perhaps as a free to play game it would have a better platform to get players interested, because as of right now, Wild Buster has all of these nice features, but no actual players to try it out with.