News >
Editorial Articles >
Where Have all the Factions Gone?

Where Have all the Factions Gone? 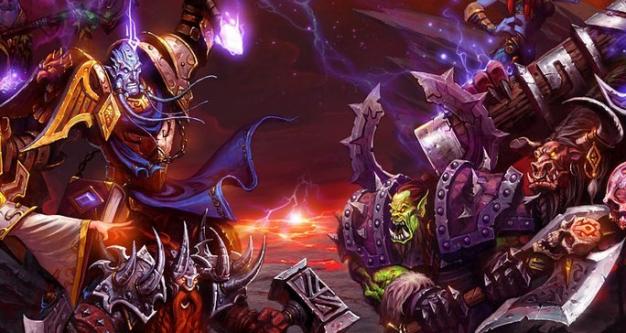 It’s no secret that pretty much every single game that’s been released post World of Warcraft has shamelessly attempted to get a piece of that fat, steaming money-pie. And just about every single one has failed. Others succeed, but it’s clear that WoW set a new standard in terms of fundamental MMORPG design. You make quests, you add some writing, you make sure areas are diverse, you have both PVE and PVP elements, and you have two factions. Just about all of these are a step forward in terms of industry standard, and I’m surely not complaining. Except for one; why only two factions?

Is it really necessary for games to be this boring? Especially in PVP-centric games, having only two factions makes just about every single battlefield encounter woefully boring and uninspired. Two sides gather on opposite ends, clash, the end. Wouldn’t you rather see a third or fourth faction route the enemies while they fight amongst themselves? Exploit conflict? It’d make for a much more dynamic setting. Yet still, almost every game sticks with two basic factions, and at worst, they’re little better than “good vs. evil” in aesthetic. Angels versus demons? Orcs versus humans? Could it get any more boring than that?

In the past, games like Dark Age of Camelot had multiple factions. I never played the game, but an ex-girlfriend of mine did, and she always raved about how interesting and fun it was. Among the games I’ve played that had more than one faction? Well, EVE Online, I suppose. Although the factions in that game really aren’t as fragmented and important as you’d think, given that it’s possible to basically fly with and against anyone you like. In EVE, there are as many factions as there are player corporations, and that, to me, is kind of cool.

When you think about it, wouldn’t World of Warcraft been so much cooler if they’d added a third, neutral faction, like the Goblin Cartels, or something? Make it so players could join that faction from either side, so it doesn’t need to produce its own unique races and stand on its own? That would have been awesome. After all, not everyone likes being a part of the standard “us vs. them” arrangement of these games. There are, in fact, more complicated situations to be seen in reality, and even online. I just wish more developers would take a three faction approach as the minimum.

Or wait, why not take it one step further? I’d just love to see more games in which guilds themselves can stake out and defend territory. Not that I’d play them, mind you, since I’m a grown woman and have no desire to be crushed by hordes of young adults who have nothing better to do than play the game for hours on end. Maybe that’s why I liked the EVE model so much – everyone leveled up at the same rate. Why can’t more games do this? It makes me sad.

Are there any games with a more complex faction system that you’d like to mention? Or maybe there’s a game that you think could have a better system implemented? Talk about it! Throw around ideas! Just try not to hit anyone with them.