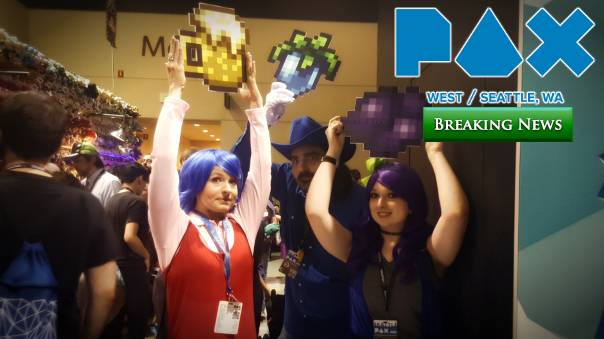 Editor’s Note: This is what Ragachak/Jason is excited for. Your thoughts might be different. Let me know below!

Unfortunately, I’ll be missing for Pax West this year; it’s unfortunate, but that’s where we are. Thankfully, our boss will be there to get all the news worth getting! There’s a lot going on over that weekend, and there are quite a few games that I personally am pretty excited for! They’re not all MMOs, free to play or otherwise, but a lot is going down, or I hope will be going down there, anyway! Seattle’s a lovely city, but when packed with amazing cosplayers, game developers and fans, it transforms into something truly spectacular. There are some runners up though: HiRez’s Hand of the Gods will be hosting an amazing tournament that will lead to HRX for the winner, Street Fighter, and Magic: the Gathering will no doubt be holding some tournaments. Tournament/Pro Play is something I’m always excited to see, especially if it leads to sweeping changes across a game for one reason or another. Tunnels and Trolls is another sort of cool game I’m looking forward to. I love the concept, and I think it will be a lot of fun, whether it’s an online MMO or not (not, in this case). A final honroable mention goes to TERA coming to console. I haven’t spent a lot of time with the game and that would be a perfect place to start, playing on a controller (which I think it will go well on). 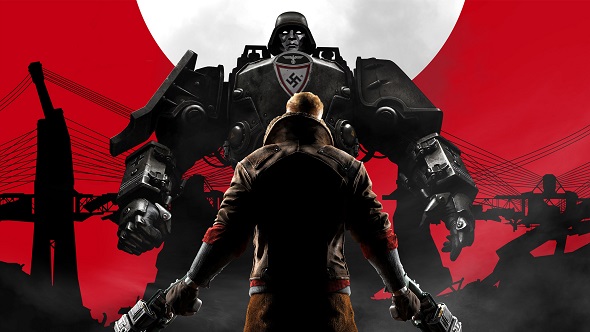 It's always a fine time to kill Nazis.

Personally, the biggest game for me is for personal/political/I like shooting things reasons: Wolfenstein II: The New Colossus. The Wolfenstein franchise began the year I was born, 1981, with “Castle Wolfenstein”. So it’s fitting that in 2017, we’re still out there, fighting the Nazi menace. What’s fascinating about “The New Colossus”, is it is (I believe) the first in the franchise to have an actual, legitimate sequel with a storyline attached and the third overall in this timeline. The New Colossus takes place in an alternate story attached to The New Order, for story reasons that I won’t spoil. But one of the things I admire about it is it doesn’t cartoonify the Nazi forces or make them out to be bumbling incompetents. The iconography/attitude/presence of Nazis in the game is true to how they likely would behave in an era where they conquered America. So that’s what we have to deal with. I’m glad they are holding true to the roots of the game and even in this charged political climate, are pulling no punches. I respect that, and can’t wait to see what is going to go down in the game. It’s the big one for me. 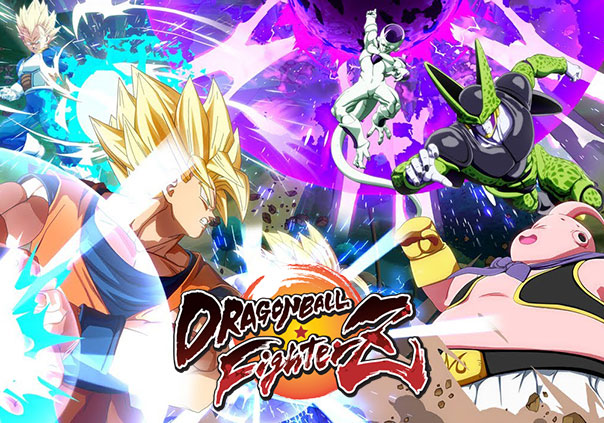 People of Earth...lend me your hype!

Next, I look to fighting games! Dragon Ball FighterZ is coming next year, and at most big conventions we’ve seen new footage, from new characters, stages, combos, the whole works. I’ve heard a rumor that the game will feature roughly 20 characters or so at launch, so I’ve been speculating on whom I’d like to see in the game. The last announced were Androids 17 & 18, SSGSS Goku and Vegeta, Krillin. I want to see Mr. Satan/Hercule, Col. Silver, Mercenary Tao, Pikon (So a less-crap Piccolo), Uub, just to name a few. I’d like to see some of the manga-only characters, and the upcoming stages ought to be promising. Overall, Dragonball FighterZ could overtake the whole of the fighting game scene with how disappointing Street Fighter V has been this year. It’s not too late for SFV, but it’s going to take an awful lot of work because the FGC as a whole seems to be pretty disenfranchised with the Capcom fighter. Looks like Bandai Namco/ArcSys are taking over in 2018 between that and BlazBlue Cross Tag. A huge year upcoming for fighting games, I can feel it. 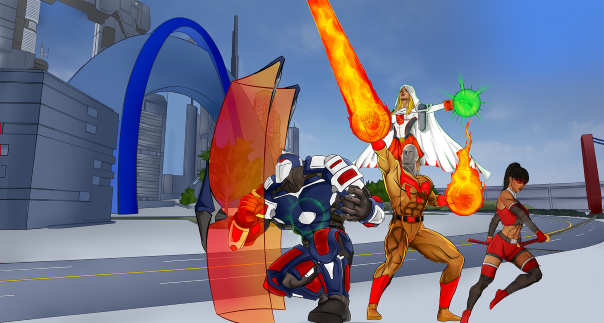 Superhero MMOs are a thing we need more of.

Ship. Of. Heroes. Since I’ll never see City of Heroes 2 (Please make City of Heroes 2), Ship of Heroes is a forthcoming Superhero MMO, something that I’ve been waiting for since CoH/V fell through some years ago. It’s coming along, not at the pace I’d like because these things take time. This game is probably the MMO I’ve been waiting for more than any other. I love being able to make my own heroes, and I do hope they let us make villains at some point, too. I don’t want people to yell “COH CLONE LOLOL” but even if they did, that’s no great shame. I don’t know too much about it, other than a few skill sets, and a mission/instance. There’s so much in store for Ship of Heroes, but I just don’t know a whole lot yet. I do know that I’m excited, and that’s a good thing. 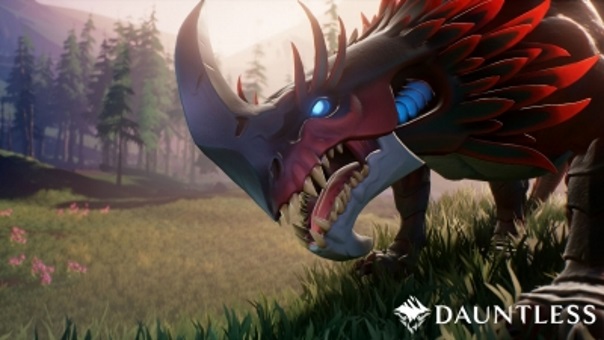 On that same front, is Dauntless. While it’s not an MMO, it is an online Monster Hunting game, and that I’ve actually played. I’ve been on several hunts, explored the island, gotten some cool new gear. One of the fears I have is that it will inevitably be drowned by Monster Hunter Worlds, which is slowly on the rise. I don’t think it will happen though, but it’s certainly something the Dauntless team should be aware of. I hope they don’t launch anywhere near each other. There are some quality-of-life things I’m looking for though; right now I can’t seem to party with my friends, just random people on the Internet, which is okay, I guess … but that’s something I definitely need. I do hope we’ll have other terrains to hunt across though, like snow, swamps, maybe some rain…there’s a lot that can be done with this art style and engine. Can’t wait to see it.

I can't think of a project more ambitious than Dual Universe.

Personally, I’m not big on world-building games, or voxel/crafting, like Space Engineers/Minecraft. Trove is an exception because it’s also a fun, adorable MMO. That helps me take my mind off of “It’s a builder” and it has content that I can enjoy when I’m not building. But, I won’t lie when I say I’m curious to see what comes of Dual Universe. Thousands of players in the same game universe, building, making it grow? Creating spacecraft, buildings, all sorts of amazing things. I’m waiting to see who tries to build a galactic weapon, like a Death Star though. Will it be possible? Will players be able to eradicate life on such a massive scale? 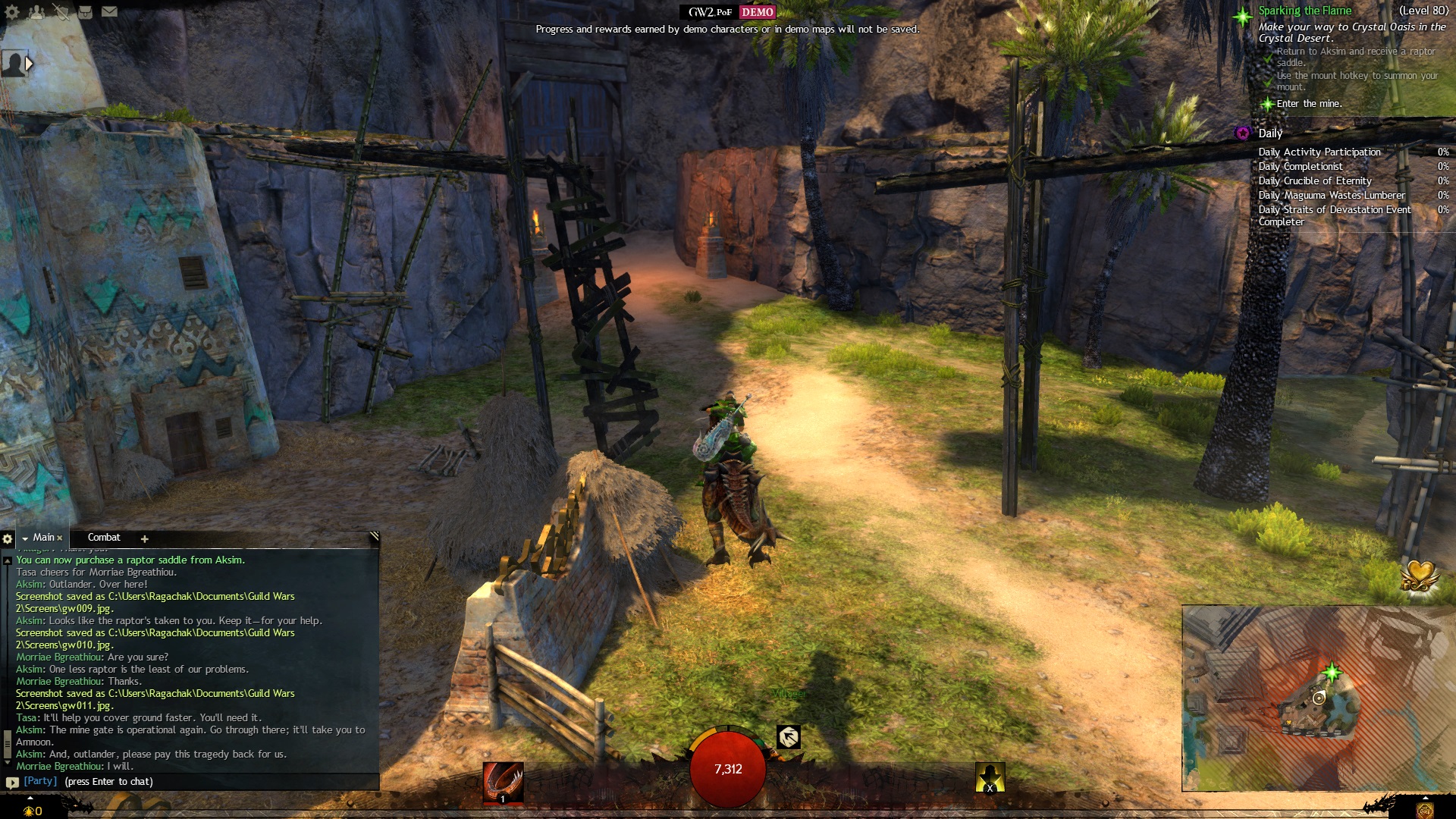 Path of Fire promises to be a big move for Guild Wars 2.

I can’t help but wonder what’s going to be feasible in this game universe. Even if it’s not my cup of tea, I can’t help but be excited to see a building game that’s this ambitious that has received such an outpouring of support from crowdfunding. Other games that I’m not vested in, but I’m curious about, are Blade & Soul, a game which I enjoyed, but lost interest in the PVP aspect of. I do want to see what they announce, as well as Guild Wars 2 being another honorable mention. I missed a fair amount of Heart of Thorns, but Path of Fire shows a lot of promise, and I’m definitely curious to see where the story goes from here.