News >
Editorial Articles >
What is LitRPG, and Why Do I Like It?

What is LitRPG, and Why Do I Like It? 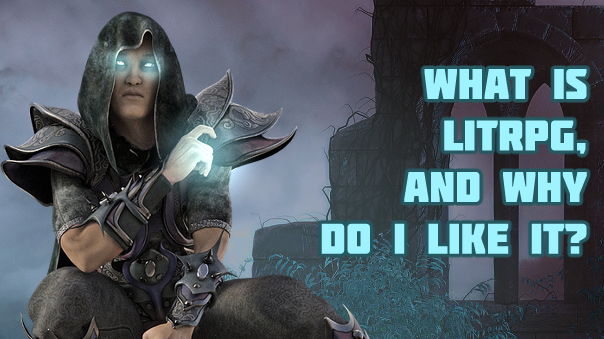 Ever since I was a wee lad, my life has revolved around two primary forces: video games and books. I remember my mom’s humble book shelf when I was a kid, laden with such authors as Anne McCaffrey, Mark Twain, Jean M. Auel, and a variety of others. We even had an honest to goodness Encyclopedia Britannica. We also had an Atari 2600, then an NES, and a Genesis. My neighbor Charles had an SNES, and I’d spend a good deal of time over at his place, especially during summers. Point being, these two media sources were two of my largest influences growing up.

So, when I discovered LitRPG, I found myself in something akin to heaven. The first LitRPG I read, Survival Quest (The Way of the Shaman), by Vassily Mahanenko, was about a man who found himself trapped in a Virtual Reality MMORPG. Really, it was almost something more akin to the Matrix. Mahan, the main character, was described as being in a fully self enclosed pod which took care of his physical needs, while also stimulating his muscles via neurological shock, in order to prevent muscular atrophy. 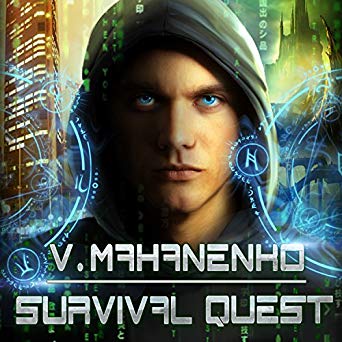 While inside the mythical game world, Barliona, Mahan could feel pain, as well as pleasure. In fact, pleasure was a motivator used by the system. You see, Mahan was incarcerated (wrongfully), and because so much of the world’s economy of the time was based around the game of Barliona, he was forced to serve as a sort of indentured laborer in a mine.

The conditions in the mine were fairly lousy, but Mahan quickly discovered that when he leveled up, he was given a surge of pleasurable sensation from the system, which was interfaced directly with his neural functions. In this way he was motivated to earn money for the company who created Barliona, who also happened to have a stake in the penal system.

Now, I’m not here to write a review of Way of the Shaman, but the things I mentioned in the last two paragraphs are virtually tropes of the LitRPG genre. Not all of them are required for a book to be considered LitRPG, but many are common enough themes. LitRPG stands for Literary Role Playing Game, and what precisely defines a LitRPG is something of a contentious point. Like any genre, and even worse on sub-genres, defining what qualifies a title within it can be challenging, and sometimes even impossible. The following (paraphrased) list comes from the LitRPG Podcast:

Now, these are all loose interpretations, but I find them to be accurate trends within the genre. There are also divided schools of thought on whether or not a game needs specific in text stat breakdowns to be LitRPG, versus another genre called ‘Gamelit’. For example, many people claim that the book Ready Player One, by Ernest Cline, would qualify as Gamelit. The majority of the game takes place inside The Oasis, and the game world is the driving force behind much of the narrative. However, there are no explicitly stated stat gains.

Others choose to differentiate between the two types of books using the terms “Soft (or Smooth) LitRPG” and “Hard (or Crunchy) LitRPG”, with the former being the type without displayed stats and gains, and the latter including them. For example, here’s a passage from the book Core Punk by Paul Bellow:

All three orange bolts of pure energy plowed into the mutant’s back, throwing it to the floor. Before I could finish it, Missy Screamed like a primal savage and pounced forward, a blade in each of her hands. I ran toward her as she repeatedly buried her blades in the mutant’s body. A notification window popped up before I reached her.

You get 100 Life Experience Points

You are now level 2!

I waved the notifications away as Harrison walked over. 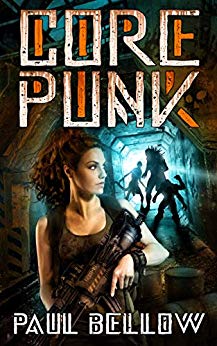 As you can see, after the combat, a summary of the rewards are displayed, as well as the character’s in game avatar leveling up. This would place Core Punk within the Crunchy LitRPG sphere, presumably so called because of the number crunching that takes place within the book. Crunch is also a term that is frequently used to describe table top RPGs with heavy rulesets.

The genre can be broken up even further, though. There are “Harem” and “Reverse Harem” books, wherein one man (Harem) or one woman (Reverse Harem) have many lovers within the book. The sex in these books is often quite explicit, much as in romance novels. In “Portal” style LitRPG books, it’s usually a requirement that the MC is somehow stuck in the game world, with no apparent means of escape.

As I mentioned, in Way of the Shaman, Mahan has been incarcerated, and so he’s forced to be within the game. This wouldn’t quite count as Portal LitRPG, because his way out is known. He’s just not allowed right now. On the other hand, in the book Rogue Dungeon by James A Hunter and Eden Hudson, the MC actually uses magic to open a portal to another realm in order to escape an adversary. That portal spell teleports him inside a game world. In the book Dragon Seed – Archemi Online Book 1, by James Osiris Baldwin, the protagonist catches a virulent weaponized virus in the real world, and has his consciousness uploaded into the game world in order to save his life. These would thus be examples of Portal books.

Finally, one of the sub-genres of LitRPG that I’m least familiar with are those called “Dungeon Core”. These novels apparently are from the point of view of a dungeon, and how it grows, often by feeding on the players that enter them. It’s an interesting concept, and I look forward to experiencing some of the Dungeon Core books.

Now, there are some aspects about the LitRPG genre that I’m not overly fond of. The market is currently flooded with authors of LitRPG books, in particular sources like Kindle Unlimited, which allows self-published writers to throw up a manuscript and set a price on it. Reviews can help weed through the worst of these, but it’s always a case of buyer beware. Some of these books are written in a Young Adult level, at best – though that doesn’t seem to be the target audience, just the objective skill level they’re written at.

Additionally, LitRPG books are written by gamers. Now, I’m a gamer, and by and large I love gamers. However, the toxicity of gamers is all too well known, and some of the toxic masculinity you see bleeds onto pages. Women are often written as very 2 dimensional, or purely as sex objects for the male MCs to lust after. This isn’t all characters, or all books, by any means, but it is fairly common, especially in the Harem/Anti-Harem sub-genre.

Not all romance has to be bad, however, and not all women are portrayed poorly. In the LitRPG duology by Daniel Schinohofen, Last Horizon: Beta, and Last Horizon: Live I felt the relationships were approached quite well, with questions raised on the nature of relationships between artificial intelligence powered non-player characters within the game, and the humans that were in the game to interact with them. There were several other thoughtful themes in these books explored, such as one of the players being paralyzed from the waist down in real life, and in the virtual reality of the game world, she wants to do nothing so much as simply to dance. 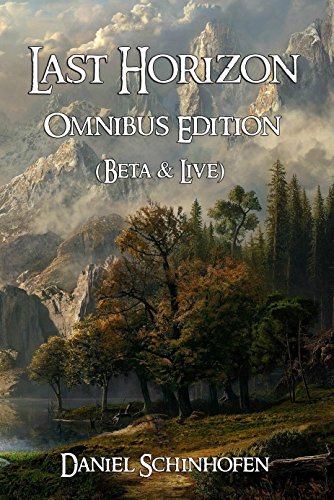 This leads me into the portion of this article where I move away from what LitRPG is, and what I don’t like about it, to what I really do like about it. The ability to explore certain social aspects and ramifications about technology as we move closer and closer to a virtual world fascinates me. It resonates strongly with my long standing love of anything cyberpunk.

I think there’s quite simply a large part of me that enjoys the utter escapism of a book about video games, which are my two primary escapist foci. You get to enjoy the rush of combat in a PvP situation, but from the vicarious role of a reader. Enjoying the creativity and world building of the authors is a big part of the pleasure of reading LitRPG novels as well.

And perhaps it’s the simply novelty of the genre. Granted, LitRPG has been around for a decade and a half in Japan, Korea, and Russia, but it’s only in the last handful of years that it’s grown in popularity here in the United States.

Special thanks to Paul Bellow, Vassily Mahanenko, and Daniel Schinohofen for allowing my use of their covers in this article. Please visit their Amazon pages and peruse their works.