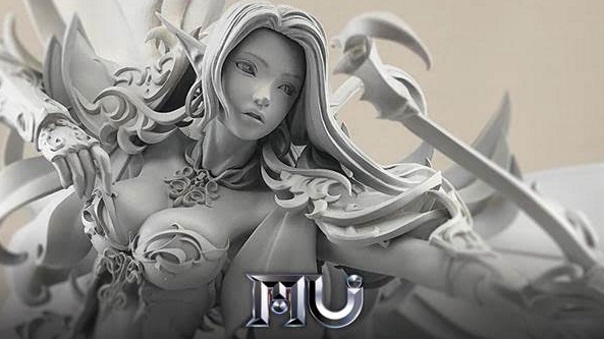 VERTEX, veteran Japanese figure manufacturers specialize in bishoujo (pretty girl) figures and are teaming up with WEBZEN. Beginning on June 8th, 2019, WEBZEN and Vertex will showcase a prototype of an upcoming Fairy Elf at Wonder Festival 2019 Shanghai. Wonder Festival will fill the halls with high-end figures, licensed merchandise, art toys and one-of-a-kind pieces from around the world. Wonder Festival 2019 will be held at the Shanghai New International Expo Center in China.

After the creation of the exquisite Fairy Elf sculpture by Ishiyama Yuki (石山 裕記), renowned for his heroic imaginings of characters from One Piece, VERTEX has managed the manufacturing and production of Fairy Elf, featuring colorful wings, armor, and dynamic action poses of the original Elf character which is featured in the game.

WEBZEN and VERTEX will exhibit the 1/7 scale unpainted Fairy Elf prototype figure, made of ABS and PVC materials and standing approximately 230mm in the exhibition this coming weekend. Pre-ordering of the painted version will be available globally in August. With this exhibition, WEBZEN expects not only to promote their Intellectual Property and their line-up of MU series characters to the public who visit the venue but also to expand their IP business into the global market. WEBZEN is currently working on diverse collaborations with potential partners to extend its reach through IP collaboration with the toy and webtoon industry.