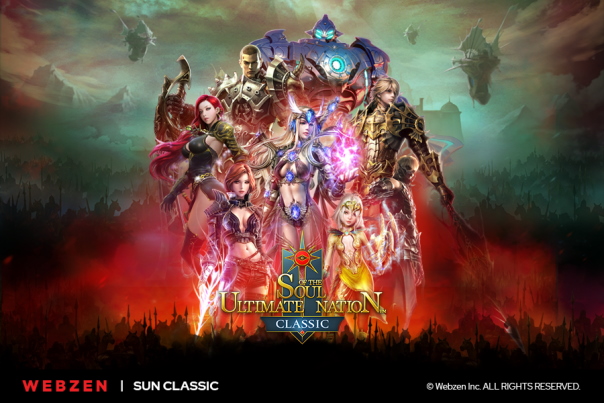 WEBZEN, a global developer and publisher of PC and mobile games, has announced that its new PC massively multiplayer online role-playing game ‘SUN Classic’ is set to launch in March.

SUN Classic is an upcoming PC MMORPG, that recreates the PC MMORPG video game ‘Soul of the Ultimate Nation’ which was developed and published in 2006.

Alongside the original main content of the game, SUN Classic offers a fresh start to players with faster leveling, system changes, tweaks, and optimizations for graphic, UI and UX.

WEBZEN has unveiled main character artworks and original soundtracks of Soul of the Ultimate Nation, including ‘Menace of the Army Wings’, composed by Howard Shore, who is most notably known for his scores for The Lord of the Rings.

Set in the fantasy world of the game, the soundtracks will give players a nostalgic feeling that brings them back to 2006. The soundtracks are now available to listen on WEBZEN’s YouTube channel: https://www.youtube.com/webzengames

SUN Classic will first be available in 3 languages for users in Taiwan, Japan, and South Korea. WEBZEN then plans to expand its service to Southeast Asia and other regions.