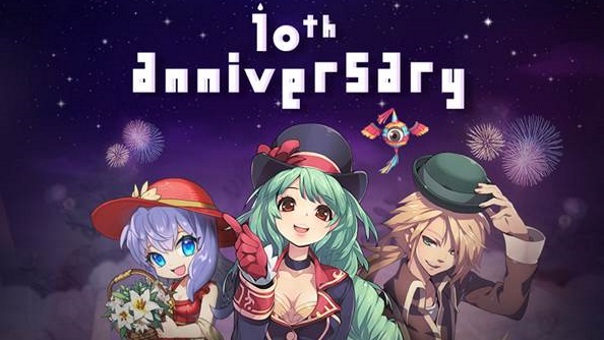 Webzen published their first 3D MMORPG ten years ago in the form of MU Online. Since then, the company has released a wealth of online and mobile games that are free-to-play around the world, through their global game portal, which they’re proud to say has 60 million registered users. To celebrate this, Webzen is running several anniversary events and offers for MU Legend, MU Online, C9, Flyff, and Rappelz until April 30th, 2019. All users can level up by clearing each dungeon in the Dungeon Level Up event, after which they can select their game, server and character to receive level rewards, exclusive rewards or quiz rewards.

The goal of this game is to reach level 20 and get the final prizes: +9 Shining Weapon Enchantment Ticket for MU Legend, Gold Channel Ticket, and Master Scroll Package for MU Online, Permanent P-Rare Skill Book Coupon for C9, Scroll of Amplification Q for Flyff, and Growth Potion Supreme for Rappelz. Additionally, in celebration of the anniversary, WEBZEN is offering a top-up bonus of up to 40%, extra Wcoin, and Redzen, and top-up events through which players can receive anniversary packs, including the Freebie Pack, Beginner Pack, Novice Pack, Advanced Pack, and Master Pack. Full details on all events are now available on the official website.