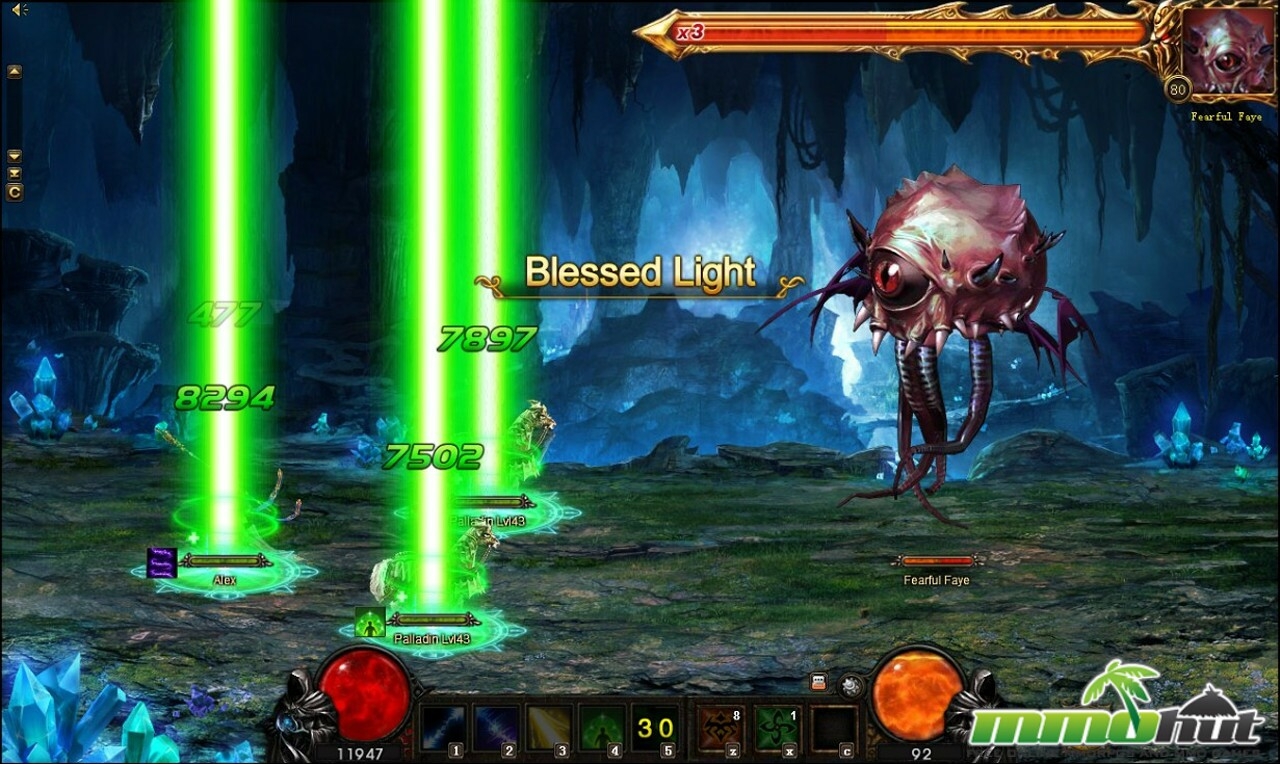 Hong Kong based R2 Games, otherwise only known for browser MMO Crystal Saga, now releases Wartune to American audiences. Banking on a fast-paced, turn-based combat system, Wartune clearly has a style reminiscent of the old Final Fantasy games, including the whacky haircuts and flashy attacks. But that’s where the similarities end; Wartune tries to bring together RPG mechanics with city building gameplay and resource management, all in the comfort of your internet browser. This opens up a few interesting avenues, such as training and bringing your own troops into battle as party members. The question is, is Wartune worth your time more than the gazillion other alternatives on the browser games format? Let’s check that out.

When you start up Wartune, you’re immediately blasted with an “epic” style track on a 15 seconds loop, not atypical of browser games, but no less annoying. You’re immediately brought to character creation, giving you the choice of the three classes. Now, don’t expect anything that falls far from the medieval fantasy stereotypes, since you have the choice between knight, mage and archer. The three classes are fairly entertaining, and their role/positioning in combats can make for quite different gameplay. Knights will be well matched with archers behind him, as he takes the hits, while the archer class will want some lancers infront to take the brunt of the punishment. Once you’ve chosen your class, you’re immediately thrown into a cliché princess-in-distress storyline that lasts for a few moments before the peasants suddenly decide to give you a town. On the other hand, the storyline also serves as a tutorial that is far more than sufficient to teach you the game basics, so you’ll seldom ever be wondering what to do, or how to do something. Graphics aren’t bad at all for a browser game, and combat effects actually look very good. The towns and environments in general look good as well, though there’s little in the way of diversity. 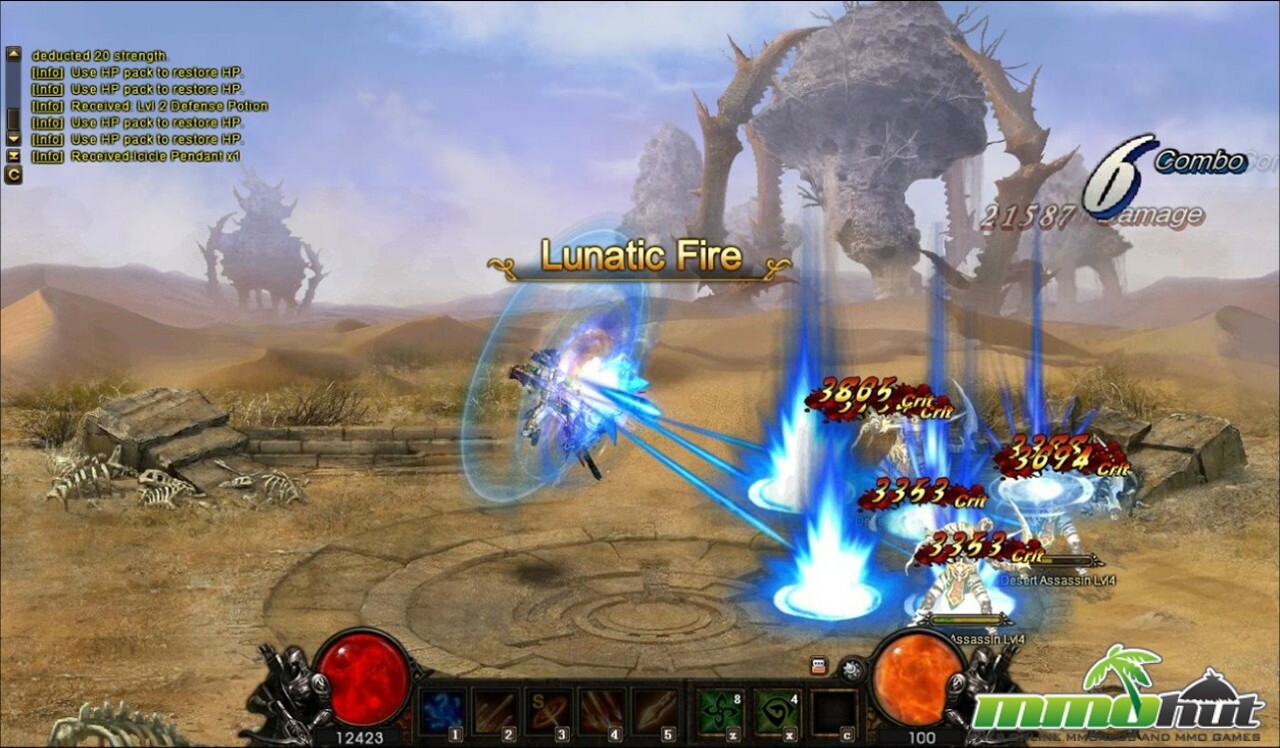 The combat system consists of a vertical, turn-based system with two rows – front row, for those who can take a beating, and back row, for the squishier units. Beyond positioning, there’s little strategy to be had, as you can neither control who you strike, nor your troops. The most you can do is make timely use of your abilities, and hope for the best. Needless to say, it doesn’t make for an incredibly entertaining combat system. Your city serves as a hub, where you can forge items, upgrade soldier, etc. New buildings are unlocked as you progress through levels, and these are upgraded with your hard-earned goal, which you will thankfully be swimming in at one point. How the RPG and city-building aspects interact, is that you fight through dungeons and on the world map for level, loot, and resource producing points, and then use the spoils to upgrade your city and troops. This is good in the sense that there is a lot of progression-oriented content, whether it’s through upgrading your character’s talent tree, or improving your city and its garrison. However don’t expect anything crazy – the world map is boring, and the dungeons very straightforward. So bring some reading.

On top of this basic frame, Wartune adds a variety of more or less interesting features and goodies. You can participate in PvP in many manners, either through organized PvP, in which you or a team band up together against opponents, or through attacking neighboring cities for some pillaging. Unfortunately, most fights are simply decided by your level, and the level of your troops. On the upside, this makes for a different progression than simply going through dungeons over and over. There are also daily world events, such as bosses that can simultaneously be faced by every player. Though, well, you don’t see them. The idea is that every player’s damage to the boss is compared, and only a certain number of players will get a reward. Now while this isn’t a bad idea at all, it would’ve been nice to have some actual interaction with other players beyond them being sort of there. On an up note, and though not technically a feature, I’ve seen members of the R2 Team in the global chat, playing trivia with the players. Though it’s an anecdote, it definitely adds life to the otherwise still vibrant Wartune community. 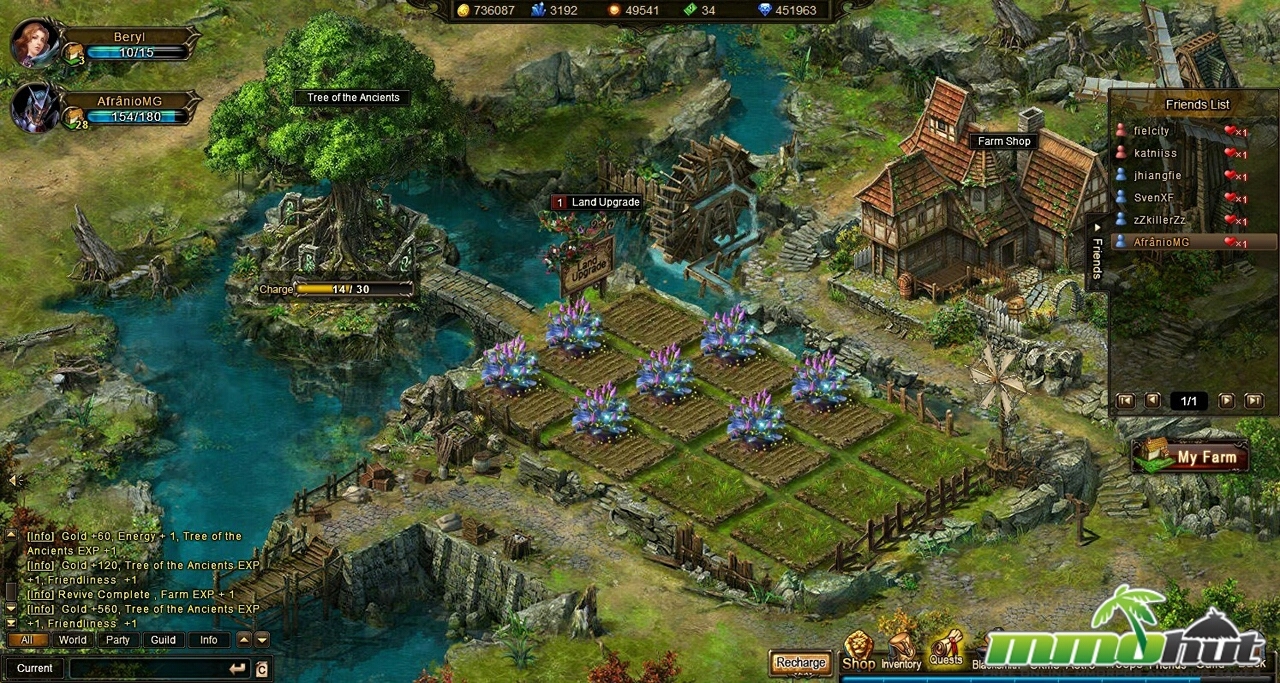 Wartune is a fun, casual, and easy to pick up game. You just log on, and get started. With that said, a lot of its features are just bland, or repetitive. Environments look very similar, the music is on a short loop, and the combat never really diversifies itself. This is no issue if you plan on logging in to play for no more than a few minutes a day, but past that, it’ll get stale fairly quickly. In comparison to other browser based MMOs, Wartune makes the cut, but just barely. If anything, it’s worth a try.