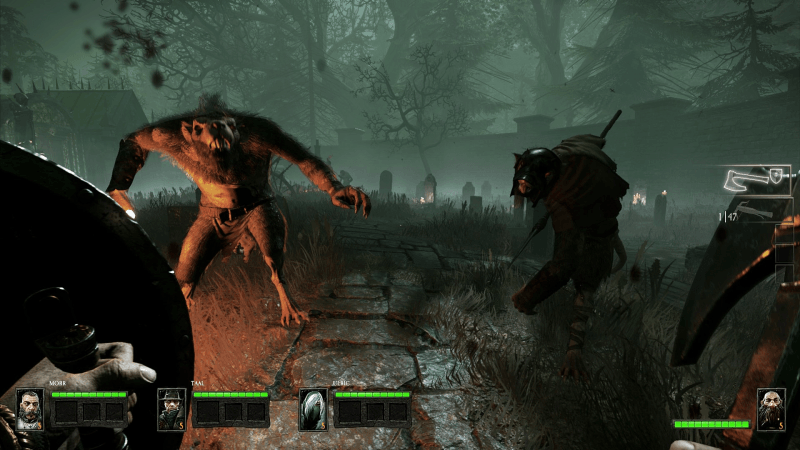 “We are so excited to announce that co-op fans can join the heroes of Ubersreik in the fight against the invasion of Skaven this October”, said Martin Wahlund, CEO of Fatshark. “This is by far our most ambitious game yet, and a huge passion project for everyone on the team. We can’t wait to share our work with everyone and look forward to hearing what you all think of Vermintide come October!”

By pre-ordering the Base or Collector’s Edition through Steam, players will get 10% off either the Base or Collector’s Editions and a Beta Key that will provide beta access to Vermintide prior to its commercial full launch. The base edition of Vermintide will be available for $29.99 / €27.99 / £22.99 and the Collector’s edition for $44.99 / €39.99 / £33.99 that will include the official Soundtrack by award-winning composer Jesper Kyd, wallpapers, an Ubersreik Map, behind the Scenes pack containing all developer diaries and exclusive in-game items including 5 Exclusive Hats (1 for each Hero) and 2 Prestige Trinkets.

In Vermintide, the city of Ubersreik is under siege as players select from a band of five heroes with different play-styles and abilities, all equipped with unique gear and personalities. Working together cooperatively, players must use their individual attributes to survive an apocalyptic invasion from hordes of relentless, power hungry Skaven, across a range of environments stretching from the top of the Magnus Tower to the bowels of the Under Empire. Vermintide is scheduled for release in Q1 2016, for the Xbox One, all-in-one games and entertainment system from Microsoft via the ID@Xbox self-publishing program, and PlayStation®4 computer entertainment system.

In the run up to the release of Warhammer: End Times – Vermintide, Fatshark will undertake a series of closed and open beta tests. Sign up here.