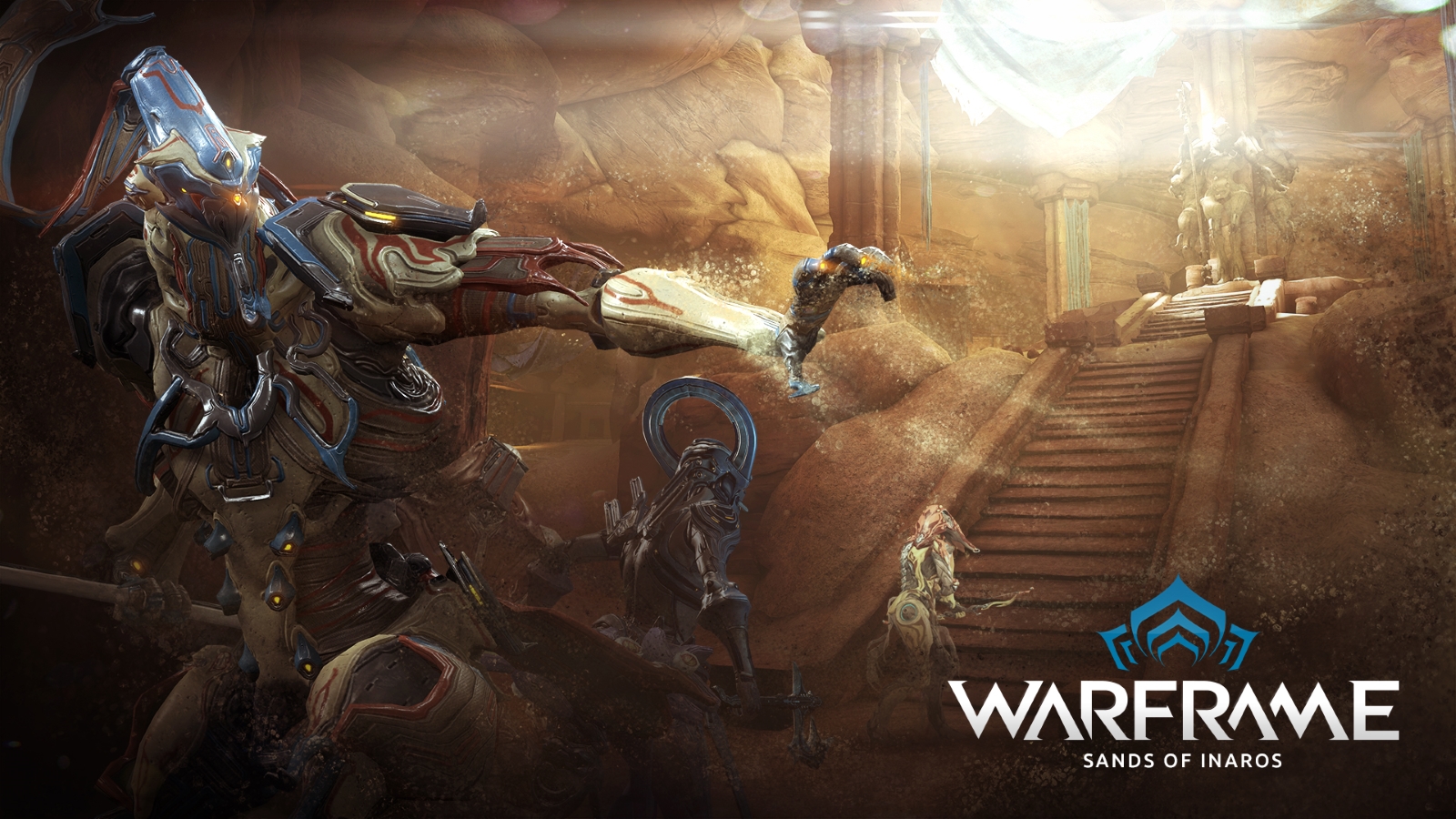 Today marks the first of many major updates planned in 2016 for Digital Extremes’ Free-to-Play hit, Warframe®.  Sands of Inaros reaches PC players today with a brand-new mummy-themed Warframe, a new quest, updates to Reactor Sabotage Missions, and more. The update continues Digital Extremes’ dedicated effort to redefine the Free-to-Play experience in a AAA way through constant interaction with their players, better known as Tenno, for feedback that results in regular new content additions and sometimes major gameplay overhauls that keep the game fresh and exciting to new and seasoned players.

Launching today on PC (and coming soon to consoles), the update introduces Inaros, a mummy-themed Warframe with classic ancient Egyptian flair. Tenno may prove themselves worthy of Inaros’ strength and unlock this unique Warframe Blueprint by completing the all-new Sands of Inaros Quest.

NEW INAROS WARFRAME: Consume the life of your enemies and embrace a richness of health with Lotus’ newest warrior, Inaros.  Use your abilities to siphon the health from those who would defy you, or force their submission by summoning the might of Phobos’ sandstorms. Inaros’ Abilities
are as follows:

OROKIN MOON — NEW GAME MODES: The Orokin Moon tileset has been expanded to include new game modes. These additions include:

PC players can download Warframe with the new Sands of Inaros update for free today! PlayStation®4 and Xbox One players will receive this update soon.