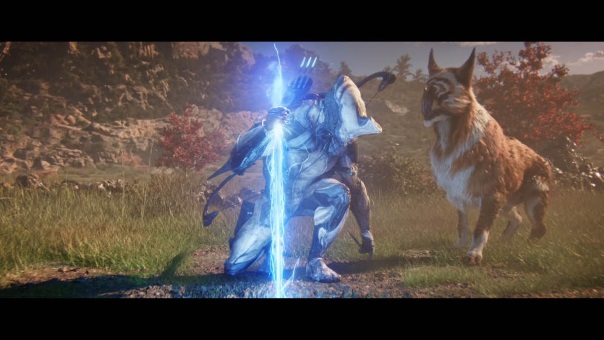 TennoCon’s fourth-annual event sold out their venue, and set viewership records, and highlighted the growth of the online action game, Warframe. More than two million combined hours of Warframe content was viewed across all streaming and social media platforms during TennoCon 2019, and more than 490,000 concurrent viewers tuned in for TennoLive, the show’s closing keynote.

For the first time, Digital Extremes expanded TennoCon’s live broadcast production to encompass all the developer panels and presentations from the show’s main stage, allowing those at home to join the attendees. Viewer donations during the broadcast, coupled with proceeds from TennoCon 2019, raised more than CAD $250,000 for this year’s charity partner, the Canadian Mental Health Association, Middlesex Branch (CMHA Middlesex) of London, Ontario. Digital Extremes also donated to USD $25,000 to GuardianCon, an annual convention celebrating the gaming community, to benefit St. Jude Children’s Research Hospital.

“We are continually humbled by the way our players support and grow TennoCon year after year,” said Rebecca Ford, Live Operations and Community Director at Digital Extremes. “Our community is the heart and soul of Warframe. They are what inspires and drives us as developers, and we’re honored to have the opportunity to build the future of Warframe with such a passionate and dedicated community. We do this for our players.”

TennoCon 2019 hosted more Warframe attractions than ever, including two escape rooms, a curated museum of art and life-size replicas, an annual cosplay contest with $10,000 CAD in prizing, and more. TennoLive revealed an action-packed, 30-minute live demo of the next Warframe expansion, Empyrean, as well as Warframe’s new game intro directed by Dan Trachtenberg (10 Cloverfield Lane, The Boys, Uncharted.) In addition, viewers also received a first-look at the game’s beautiful new rendering technology, and new footage from the next open world expansion, Duviri Paradox, and the fourth Cinematic Quest, The New War.