Warframe: Mask of the Revenant Arrives on Console 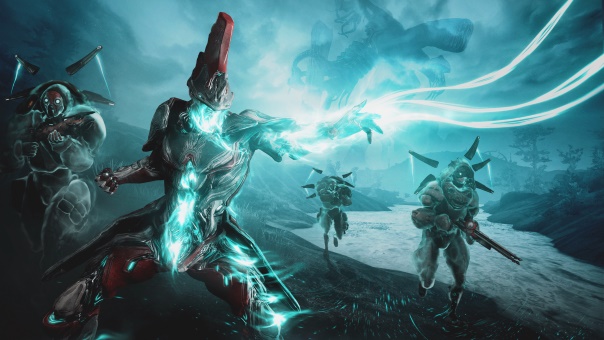 Digital Extremes has announced the launch of Warframe: Mask of the Revenant today on PlayStation 4 and Xbox One.

This update features the second warframe of 2018, Revenant, featuring a dark design that possesses Sentient-afflicted Abilities and weapons.

The update also introduces Frame Fighter, a fighting mini-game. To access Frame Fighter, visit Cephalon Simaris and acquire the Ludoplex — a new home “cabinet” for all of Warframe’s mini-games — through Standing. Choose from Excalibur, Volt and Mag, each with their unique Ability. Unlock additional Frame Fighter characters by discovering Fragments throughout the game. If the scanned Warframe’s Prime is in your Inventory, you can toggle to the Prime version of the acquired character.

Additionally, blast enemies in the side-scrolling ‘Wyrmius’ mini-game and flap your way through obstacles with the ‘Happy Zephyr’ mini-game, both available through Simaris. These games are still available through more secret means, if you know where to look!