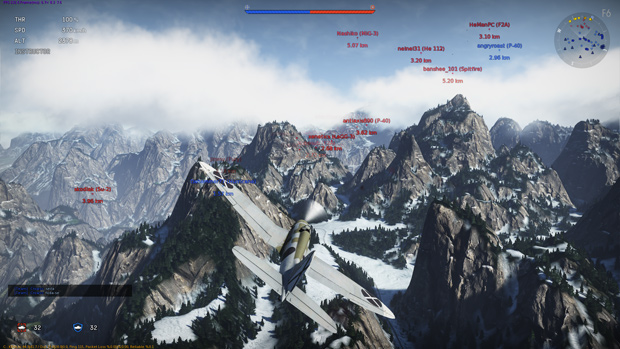 Wars can be fought in many ways, on the land, in the water, and high up in the sky. War Thunder is what Gaijin Entertainment self-proclaims ‘a next generation MMO combat game dedicated to World War 2 military aviation.’ Now I have always been a big fan of planes, and the Second World War prior to all the fancy computer auto-targeting is probably the most intriguing era of aerial dog fighting. So I went to check out whether or not War Thunder could legitimately label itself as Next Gen, a phrase thrown around so much lately it’s starting to lose meaning.

When we were young everyone had their toy of choice. I personally went with war toys and the variety of planes was a driving factor in my later interest in history. The impact aerial dog fights in World War II had on the overall map of Europe created ripples in time that continue to shape the world as we know it. Brave men stepped foot into battles by a new set of rules, abandoning tactics honed by our species for thousands of years to venture into an unknown frontier of battle. The thoughts of being in those historic shoes and flying recklessly into dog fights with maybe a 30% chance of survival at best easily gives an adrenaline rush. I have nothing but good things to say about its implementation in Battlefield titles as well as World of Warplanes, and perhaps brought an unprofessional level of enthusiasm as I clicked ready in my War Thunder starter plane. 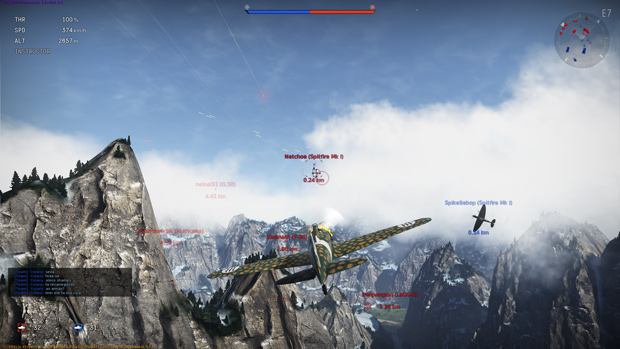 First of all I want to mention how beautiful this game is; not only is it the best looking title in the free dog-fighting genre, it may be one of the most beautiful titles I’ve reviewed period. Each landscape you will fly through is absolutely mind blowing. The detail you will find on each hill, town or even river is artfully crafted, and even on the lowest graphics the game will constantly distract you from gameplay with one scenic vista after another. Each plane stands out from the pack as a unique snowflake. This is quite an accomplishment with five playable nations each offering a diverse set of plane styles. Beyond just looks, you will find the planes feel functionally different as well, but more on that later on.

Beyond a shiny paint job, War Thunder brings realism in heaping helpings to set itself apart. The impact a single bullet can have on impact with your plane is surreal. See your plane has multiple hit boxes, and each bullet type brings a different type of damage depending on where it hits. Shooting fans that prefer kill shots over drawn out gun battles will be happy to know that two hit boxes are almost always kill shots. The first is the engine; after a few battles you’ll learn to dread the sight of your engine smoking as once it lights up on fire, your match is over. That is unless you can escape your pursuer and find a soft landing spot between the trees in the nearby mountains (yea, good luck with that!). One hit box is even worse than the engine, and that’s the pilot himself. Once he is hit, the lights will go out and you are not able to control your plane anymore. The rest of the hit boxes however do have an impact on how your plane will maneuver. Even if they are only slightly damaged, you will notice this while ascending and descending. You will go slower, you will have trouble keeping airborne, and eventually if you take enough damage, you’re going down. Once any component on your plane is completely destroyed, you will have to make a crash landing, and it takes some serious practice to accomplish this feat. 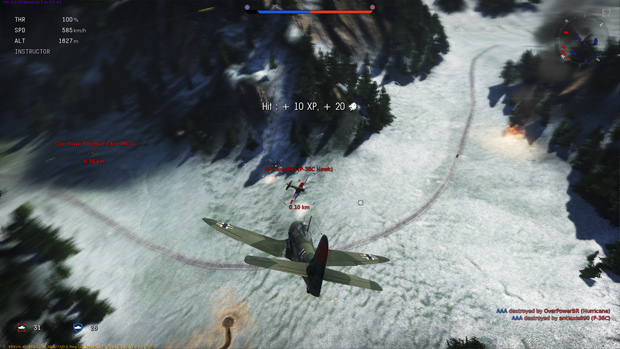 Steering your plane is easy and won’t take actual military training to figure out. The mouse acts purely as a steering device. It can also double as your thruster control via the mouse scroll wheel, though this can be accomplished with the W and S key instead. Besides that there is always a way to put your landing gear down, and to change your flaps. But as a new player you should probably not try to use these at all at first. I still remember my first try at landing; let’s just say I was better off hitting the water. Flying in War Thunder is an easy job to do, but it takes a veteran player to be able to land.

There are three different battles that you can start. The mostly played Arcade Battle, where you will duke it out with a team against another team and you’ll have to do objectives to win your game. Historical Battles are another choice where you will fly in recreated regions where famous aerial battles took place. Finally there are the major leagues known as Full Real Battles where tons of players fly in but you only have one life to live, so make it count!

Now onto the planes themselves, each playable nation has its own research tree of available planes that you can choose from. There is basically a lot of different plane types, but the most known and used ones are the Fighter and the Bomber. As you can imagine, the fighter is the one who will go head to head with the other air planes, while the Bomber focuses itself on the ground targets and objectives. Unfortunately, just like in real life, your plane will have to reload, and this is the only negative thing of this game. Each helicopter is equipped with a different type of gun, and along with that you can also choose your type of special ammunition, that gives bonuses to either planes, or more heavier targets. Some of these guns are really strong, but barely have any rounds in the magazine. And for bombers, well they will have to wait a while before each bomb is loaded in again. 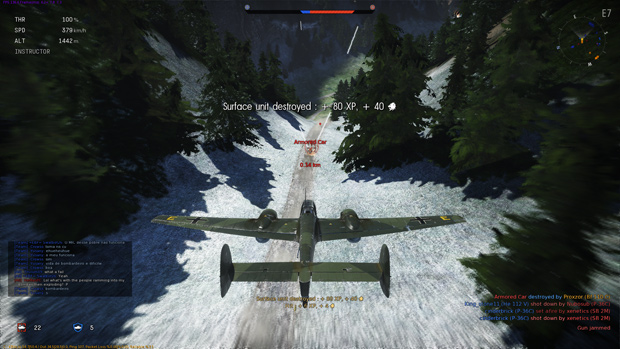 I have been playing this game on and off for a while now, and I keep coming back for more. The gameplay itself has been well honed since my initial time playing; and offers incentive for players to put in the effort to perfect a certain plane type to overcome inexperienced foes. Being a better pilot means a whole lot in this realm. Each nation, each plane has its own unique set of skills, and you can always switch between them to keep gameplay interesting. The full package that War Thunder has to offer is just phenomenal. Of all the titles throwing around Next Gen, this is one of the few deserving of it. As a big fan of planes, and the Second World War, I can tell you War Thunder has all the elements I need to stay hooked.