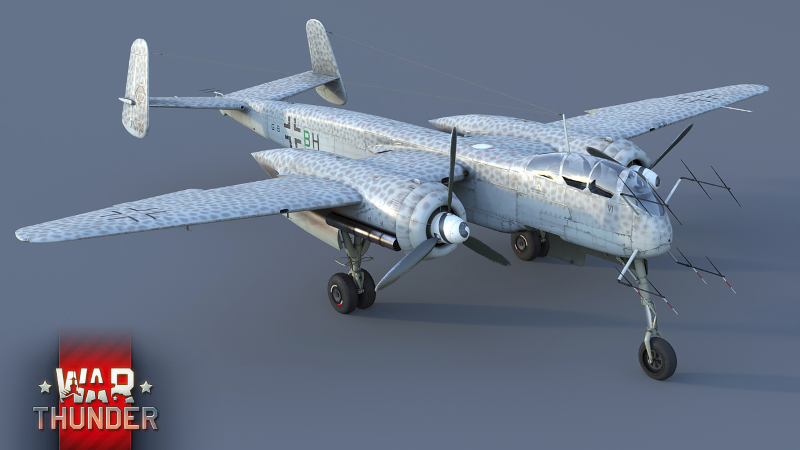 Gaijin Entertainment has revealed that the recent War Thunder Update 1.59 ‘Flaming Arrows’ which saw a variety of new features, locations and vehicles added to the game has been a financial hit with one lucky player. Arguably, one of the most extraordinary additions has been the very first official introduction of an aircraft that was created by a member of the Community. Yes, that’s right: The original 3D model of the German night interceptor He 219 was created by Daniil “_Joy_Division_” Zaitsev, a War Thunder player who’s just banked a cheque from Gaijin Entertainment for a cool $5000 as part of its player revenue share program.

Adding this vehicle was possible thanks to War Thunders Revenue Share Partner System, which was introduced a while ago as an incentive for creative players to add to and help with the development of War Thunder. The principle is simple: Exceptional work posted to War Thunder Live, the game’s own content sharing platform, may catch the developers attention and thus has a chance of being added to the game. Similarly, players that have already made progress in creating something truly impressive, like the 3D model of a vehicle, are invited to contact us directly – as was the case with Daniil Zaitsev, who got in touch with one of our modellers. If you are interested in reading more about how the He 219 came to life, read more in the respective developer’s blog!

Included as a Premium vehicle to the German tree that is available for purchase by Golden Eagles, the He 219 quickly became a favorite for many players. And while the machine itself with its six cannons is truly interesting, we are sure that many players decided to support and thank a fellow War Thunder player for his hard work and dedication. Which is great thing, indeed!

Thus, Gaijin Entertainment are happy to announce that after just one week, the publisher will provide the aircraft model’s author with the impressive sum of $5122!