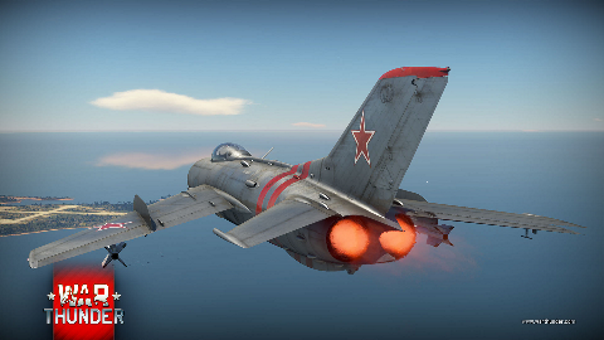 Gaijin Entertainment announced in the upcoming 1.85 (Supersonic), a new top rank of aircraft will be coming to War Thunder. Rank VI will included supersonic jets armed with air-to-air guided missiles, which is a completely new type of armament for the game. Supersonic Rank VI aircraft: The in-game nations USA, Great Britain and USSR will be the first nations to feature new Rank VI aircraft. Among those is the first mass-produced supersonic jet, the F-100 Super Sabre, which will be available for the U.S. Air Force in the F-100D modification. Royal Air Force pilots will get their hands on the two-engine Gloster Javelin F.A.W. Mk.9, while the USSR will receive the MiG-19PT, the fastest of the three. These new aircraft can reach up to 1200-1450 km/h (756-900 mph), enabling them to quickly gain altitude and catch up to their foes, and get into an advantageous position.

Air-to-air guided missiles: The main feature difference of aircraft of Rank VI is the availability of air-to-air guided missiles as a choice of armament. These missiles are guided by infrared, which means they follow enemies by tracking the hot exhausts of jet and gas turbine engines. This new armament will be available for helicopters as well, which will also receive new types of defense to counter these powerful missiles: heat flares, exhaust infrared suppression systems, and counter-optical-electronic systems. While air-to-air missiles might be powerful, there will be ways to defend against their onslaught. If a missile is fired at a player, an on-screen warning will let the target know about the incoming attack. In such a case the best course of action is to change the direction of flight direction immediately to evade the attack.

With the addition of supersonic jets in War Thunder, several new Premium aircraft will come to Rank V for their respective nations. Among the aircraft that will help to quickly unlock the latest supersonic aircraft will be the Soviet MiG-15bis ISh, the American F-86F-35 Saber and the British Meteor F Mk.8 Reaper. All aircraft will feature a large selection of rocket and bomb armaments, which will also provide new opportunities to combat high-ranking enemy tanks in combined arms battles.