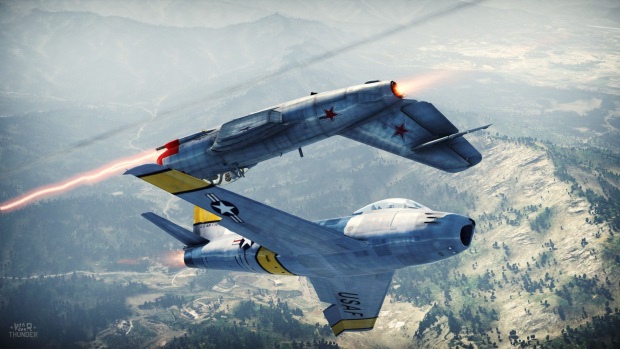 Now boasting more than six million players worldwide, War Thunder fans can instantly jump into the cockpit of their favorite WWII planes using their connected devices via OnLive CloudLift and take flight to conduct massive symphonies of aerial destruction against opponents. OnLive CloudLift is an unrivaled high-end cloud gaming subscription service that leverages the power of OnLive’s muscle-bound cloud servers to handle all of the heavy lifting required to stream PC games. Fans can now access War Thunder from their OnLive gaming library using connected devices such as TVs, tablets and mobile devices and instantly experience all of the game’s high-octane aerial dogfight gameplay in massive multiplayer battles without the hassle of having to download the game again or worrying about hardware performance. 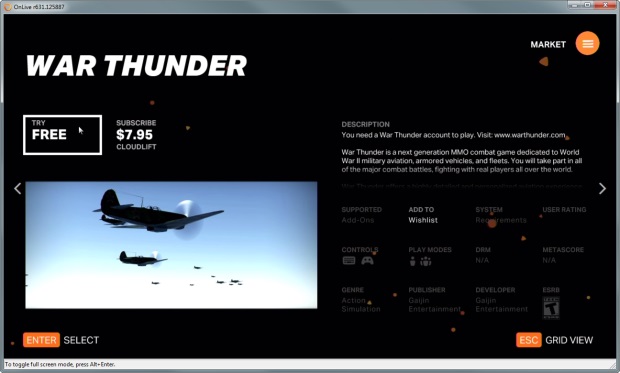 “OnLive’s CloudLIft service allows War Thunder fans to take their gaming with them on their connected mobile devices. There is no sacrificing of gameplay. From your connected device you will get the same award-winning War Thunder experience you would at home sitting in front of your personal rig,” said Anton Yudintsev, CEO, Gaijin Entertainment. “All player progress and purchases instantly sync to your account, which means that the more than six million War Thunder pilots in can play War Thunder anywhere, anytime.”

War Thunder via OnLive Game Service and CloudLift is now available on a wide array of devices, including Android™ tablets using a Bluetooth controller, lightweight laptops as well as TVs that possess the OnLive Game System or VIZIO® Co-Star, and on the LG Google TV. War Thunder will be free-to-play on OnLive CloudLift, a monthly subscription service that costs $7.95 (£4.95), which includes a free 7-day trial.

For more information about OnLive CloudLift please visit this site.