The War of Genesis Receives Its First 6-Star Hero 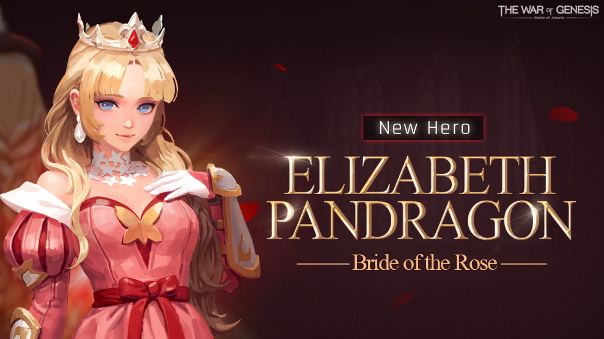 Elizabeth Pendragon is the eldest child of William IV and is The War of Genesis‘ first 6-star hero. To protect herself from a civil war, after William IV’s death, she and her sister Mary have confided in Sharn Hoiste, and have a plan to take the throne back. Elizabeth is a fire-type hero and can boost her allies critical damage, with her leader skill. Within this update, new necklace and earring gear slots have arrived. Promoting and Limit-Breaking heroes will unlock these exclusive slots.

As a response to requests for new content and new ways to acquire high-tier gear, Level 61-61 Kun and Lobel can now be found on the field. These heroes have a chance to drop 7-star gear, so don’t miss out. New machina dungeons and ruins dungeons floors also came in this update. In addition, “Today’s Hero” events will begin, with one lucky 4-star or 5-star hero being randomly selected as the day’s special hero. That heroes essence pulls will be doubled for that day. Successfully summoning that hero will also provide a bonus 600 hero essence. These are used to promote and limit break heroes, so it will be worthwhile. There were also several quality-of-life improvements in this recent update, such as being able to sell level-up scrolls. Players can also sell and synthesize gear as well.