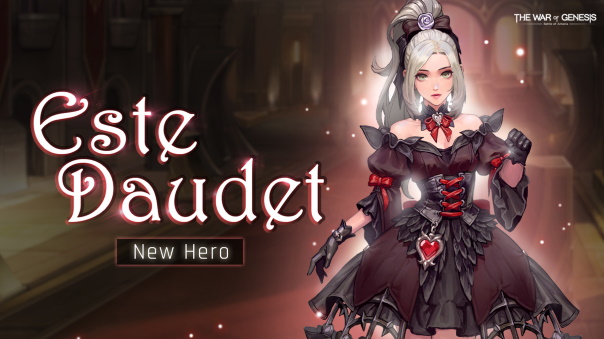 Joycity is proud to announce that The War of Genesis has launched in Japan officially. To celebrate this, all new and existing players can receive Este Daudet, a new 5-star hero to their collection. She’s free for just a limited time, however. Joycity has also been listening to their player base and has offered quite a few changes since day one. Below are just a few of these changes.

Adventure Mode:  Previously, players had to hunt monsters, defeat dungeon bosses, and experience the lore in separate places in the game. To make it convenient for players, Adventure Mode was added. This mode lets players do all the above in one area. Players can see what stories are linked to the monsters they fight and experience the game in chapters, allowing a more immersive experience.

Storm Isle Battle: This is the revamped version of the previous Ruins Conquest. Previously, guilds fought for one out of numerous ruins every week. Players wanted more action, though, especially guilds that couldn’t compete with the top tier ones. Thanks to the feedback of players, Storm Isle Battle was born and now ALL ruins open at once every season. This revamp allows more guilds to participate and gain items.

Silly Skins: Players asked for silly skins, so the developers gave them what they wished for! There are various airship skins based on rankings, but there are also silly skins rewarded for participating in events.