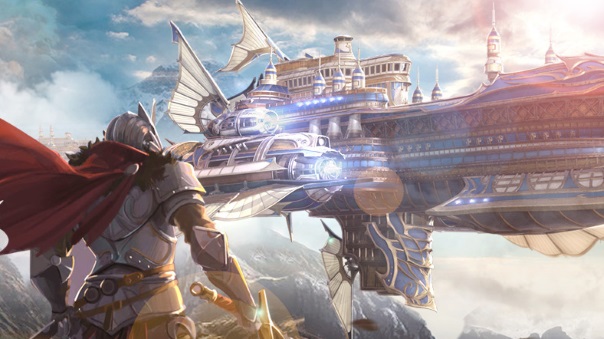 Joycity announced the first Spring Update for The War of Genesis: Battle of Antaria today, with some great features. There are Treasure Airships that award up to 100,000,000 Andellium, sitting in bases among other Legion members. They have a special symbol, which will make them easy to spot and rally around for rewards. There is also a new five-star hero, Sharn Hoiste coming this spring. Heroes that were only available through events, such as Sara, Crow the Sword Phantom, and Dark Prince are now available at the Point Shop as well. Joycity also added changes to the summoning board system.

The list of items from summoning boards has been replaced with the Essence of Hero item, previously known as the Secret of Hero item. Now, collecting enough of these will allow players to obtain specific heroes instantly. The War of Genesis added a new Machina promotion feature, where El Gennaro, Janus, Arbalest, and Alondite can be promoted using the Essence of Machina item from hunting level 20 or above Machina. This will let players promote their robot companions up to 3-star at the Hangar.

Last month’s update brought the Ruins Conquest mode to the western region. Now, players can compete for the eastern, southern, and northern regions too. Scrolls to level up your S-level heroes have been added to the list of Ruins Conquest rewards. This item can be used on Lv. 50 or above 6-star heroes.