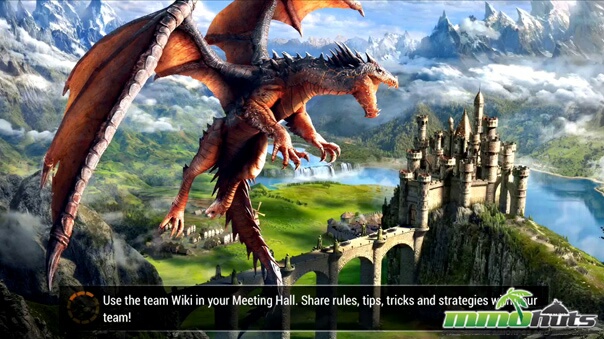 Makeovers are always a strange thing. Sometimes a new look can be shocking in a good way, such that it spices up your image, or shocking in a bad way wherein you turn off people by becoming an entirely new entity. Either way, both sides mean that a totally updated look and image is refreshing, and risk worth taking if you need to stand out in a crowded market.

Check out Pocket Gems for instance and their brand new game, War Dragons. Pocket Gems is a company that usually produces gentle, lighthearted, casual mainstream games like Paradise Cove, Tap Pet Hotel, and Runway Life. So you’d be surprised to see that War Dragons is a hardcore gritty fantasy with some fiery scale destruction.

Overview
War Dragons is a free-to-play real-time mobile strategy game featuring, you guessed it, unicorns. Kidding aside, it simulates you breeding dragons, then fight with said dragons against other people. It’s not like a cutesy How to Train a Dragon sort of fluff. I’m talking serious dragon carnage, like the ones in Reign of Fire or that one arc of Sucker Punch. 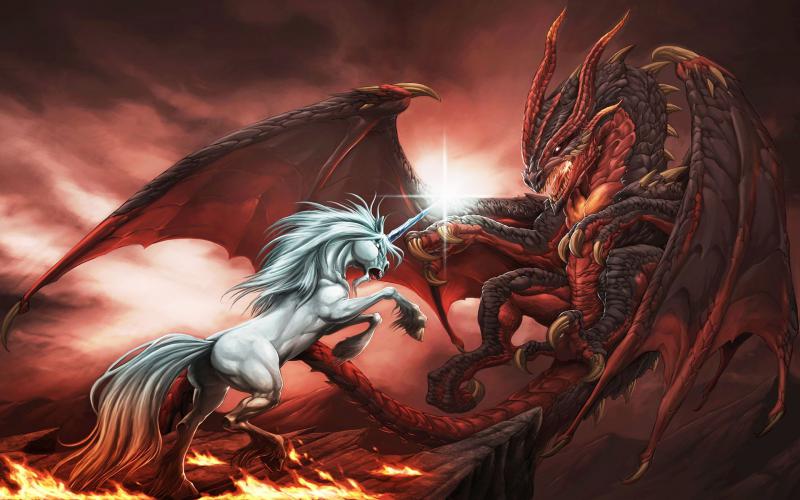 Imagine a game where you raise dragons for the sole purpose of majestically flying around laying waste to beautiful lands, just like that last scene in Beowulf. Only you, the player, are there on the ride and calling the shots. But just lower the bar a little bit and imagine it with gameplay and graphics that fit into a free to play mobile game package. That’s the kind of game War Dragons is.

The game mainly features you on an island which acts as both your base and town simulator. This is where you raise buildings that help you micromanage resources in building your little menagerie of death, and those infrastructures include the hatchery (which is what they call the gacha for your units), buildings that farm your resources, and your defense buildings. This is a war game after all. 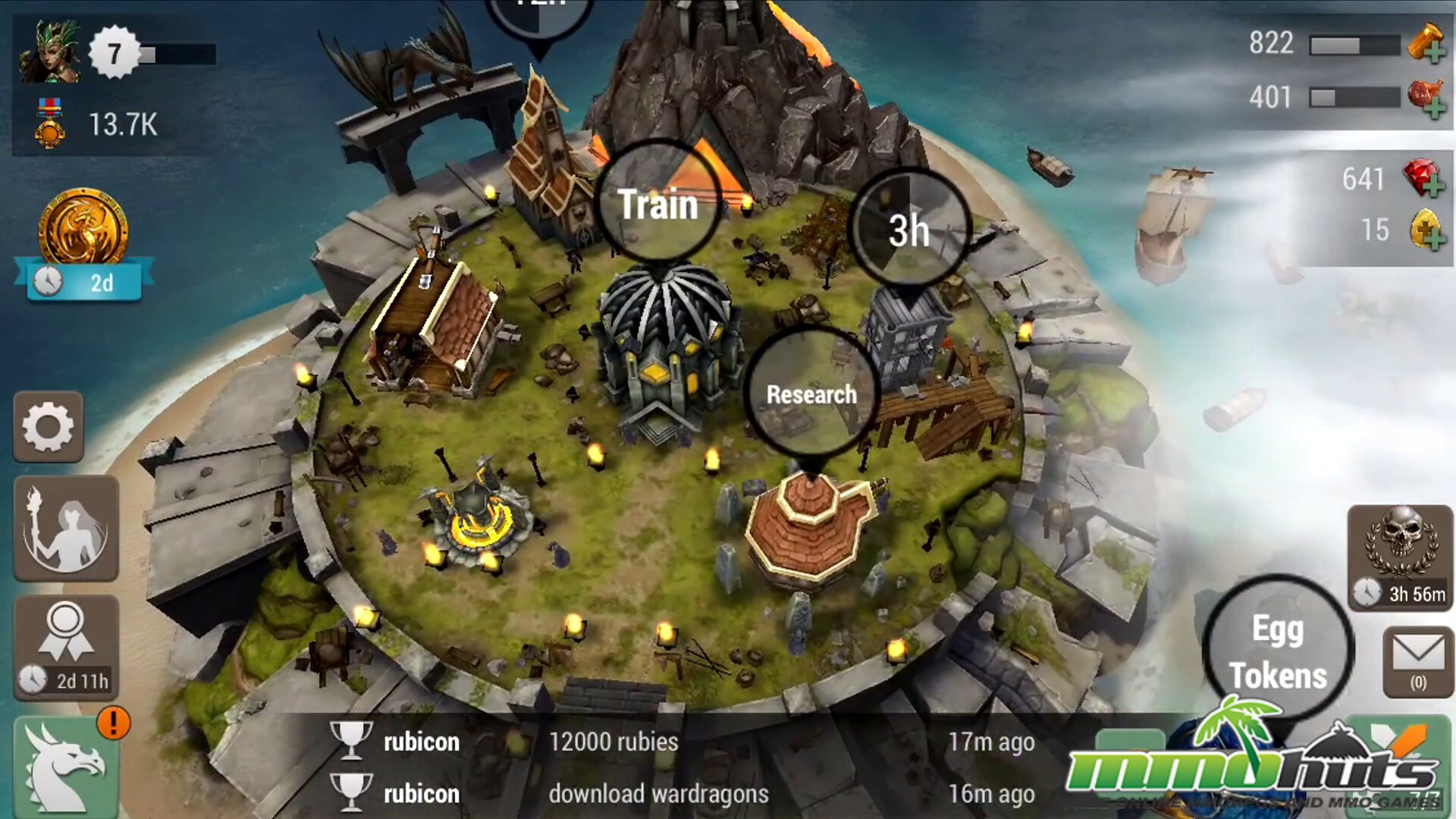 The city screen is standard, but still pretty.

Simulation
The town part of the game is styled in how you would see bases are done in Clash of Clans, and any other clones that followed the hype (which isn’t really that surprising since this game is trying to tap into the same market). Sad to say that War Dragons follows in the same CoC tired recipe, but it does try to innovate in terms of the battle parts of the game.

Battles
The other half of the game is the combat part, which plays like a 3D version of classic arcade spaceship shooters like Raiden, but less bullet hell-y. You control a dragon of yours and fly through a base, destroying land as you pass by breathing fire (or whatever type of attack is available through your chosen dragon).

Though unlike those classic shooters, you do not have access to unlimited fire. Your attacks deplete a certain energy bar, which has a cooldown period and regenerates over time. So obviously this part of the game progresses into strategizing when to use up that bar to cause optimum damage, very much like how you would want to time using Star Power in Guitar Hero, except in more frequent and smaller bursts. That’s basically the gist of the single player campaign mode and the online PVP mode. 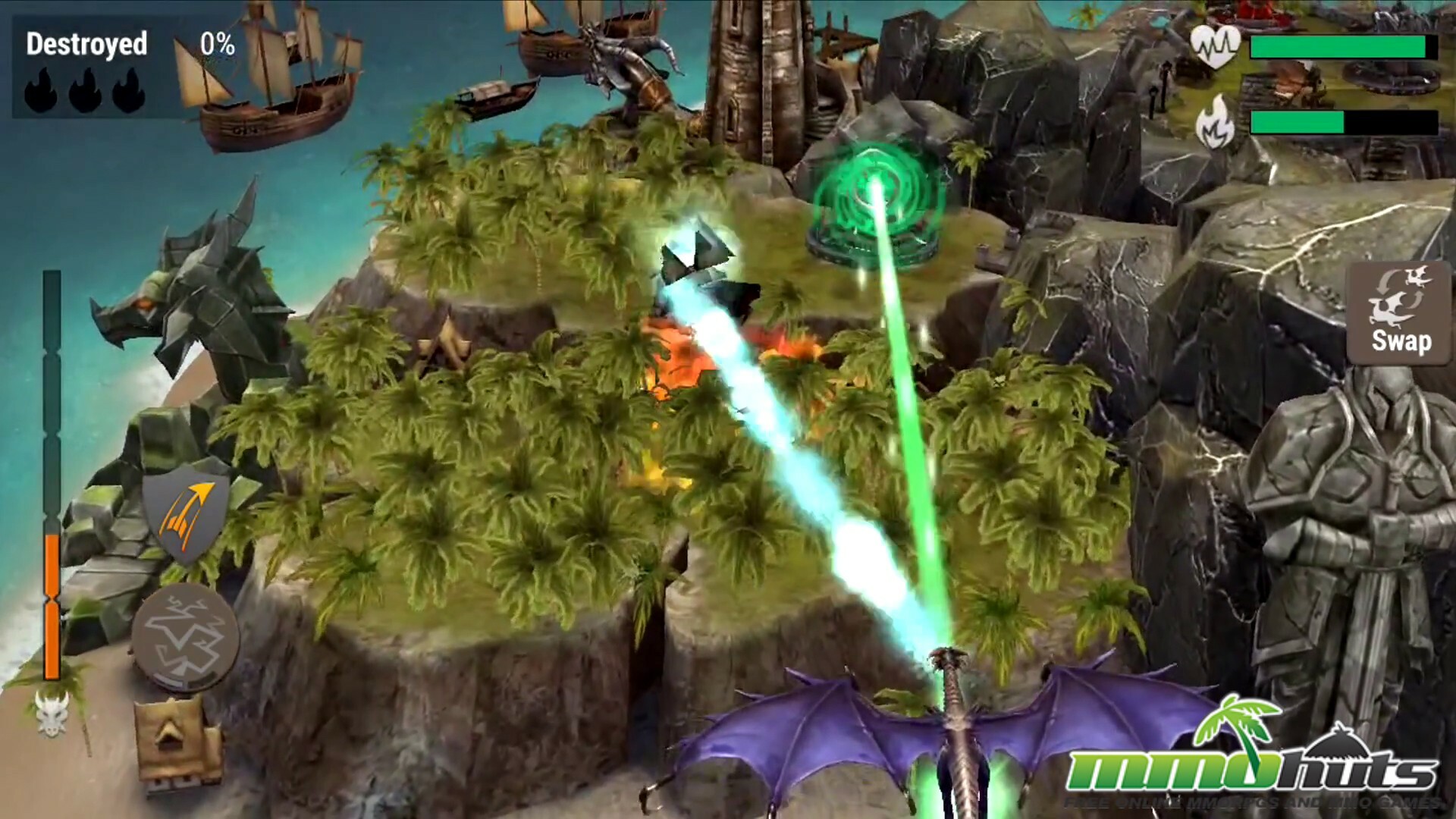 I'm destroying your city with the power of my nostalgia!

Aesthetics
Aesthetically speaking, it definitely looks pretty. It’s not Skyrim, but it should come pretty close if ever that game would have a considerably stripped down version to be considered freemium and playable on any old iOS device with a decent internet connection. The dragons look individually amazing, and are well deserving to have a separate entry on a bestiary with how beautifully and expertly each is designed, rendered, and animated.

The smoothness of it all is said to be owed to Pocket Games’ new Mantis Engine, something they promise to use more often in their future game developing endeavors. And judging by how impressive the game looks, they probably should.

A Bit about the Dragons
The game is still basically a Clash of Clans repackage with a different battle genre and a unique and slightly more interesting premise. It gives a little more emphasis on unit collecting, as your dragons are unique and there are no pallet swap variations to collect. What’s even more interesting is that the dragons aren’t even the uniform Western dragons most people are familiar with. 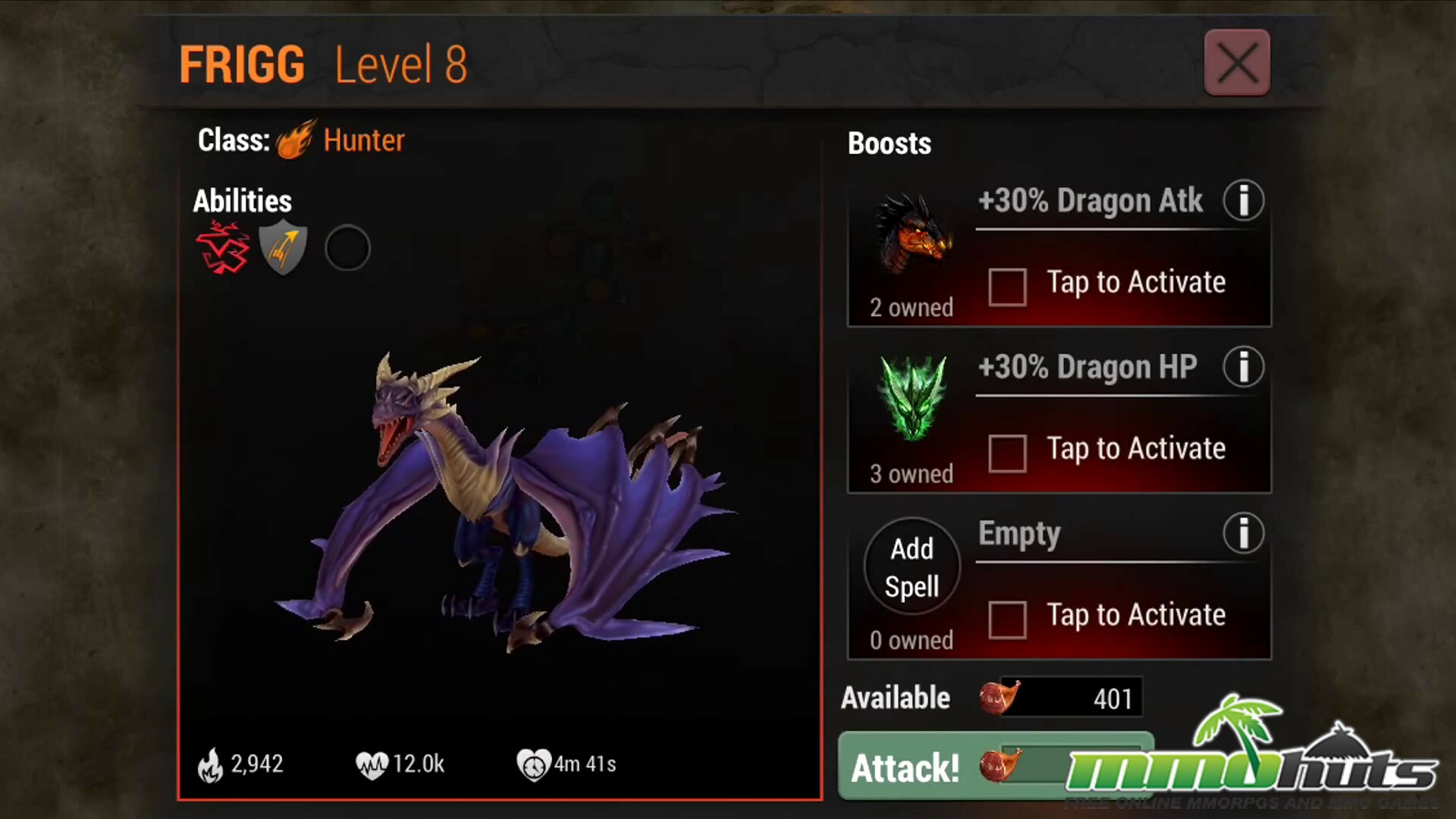 Some would be tickled to find that the Asian serpentine kinds are available as well. So you have that bit of the Pokemon vibe going for you, though that really isn’t much to say since pay to play puts a lid on that jar pretty fast. Aside from the fact that you get to babysit dragons and play with them Galaga-style with some impressive graphics (both of which are awesome things of note), at the end of the day, it’s still pretty much Clash of Clans.

You have your dragons that you breed and raise to be able to lay waste on enemy bases; then you have your own base where you build, farm, upgrade, and basically micromanage everything, which in turn gets attacked by other players’ dragons. It’s the whole social aspect of it all that appeals to its player base. It’s basically a mobile and compartmentalized MOBA that gives you the luxury of being able to pick it up and drop it at your convenience while still being able to maintain a socially competitive scene. There will be a lot of guild joining, group raiding, arena-style PVP, and basically just trying to be the biggest, baddest, dragon-taming player of them all (or at least in your server).

Conclusion: Great (4/5)
War Dragons, all in all, isn’t exactly the most original of games, but it looks damn good at least, and will provide anyone willing to try a lot of hours to burn. It’s still Clash of Clans, but at least you get to say it’s a classier, more hipster alternative. Besides, it’s about dragons. Who doesn’t love dragons? I’m actually surprised no one tried to make a decent dragon game since Spyro.