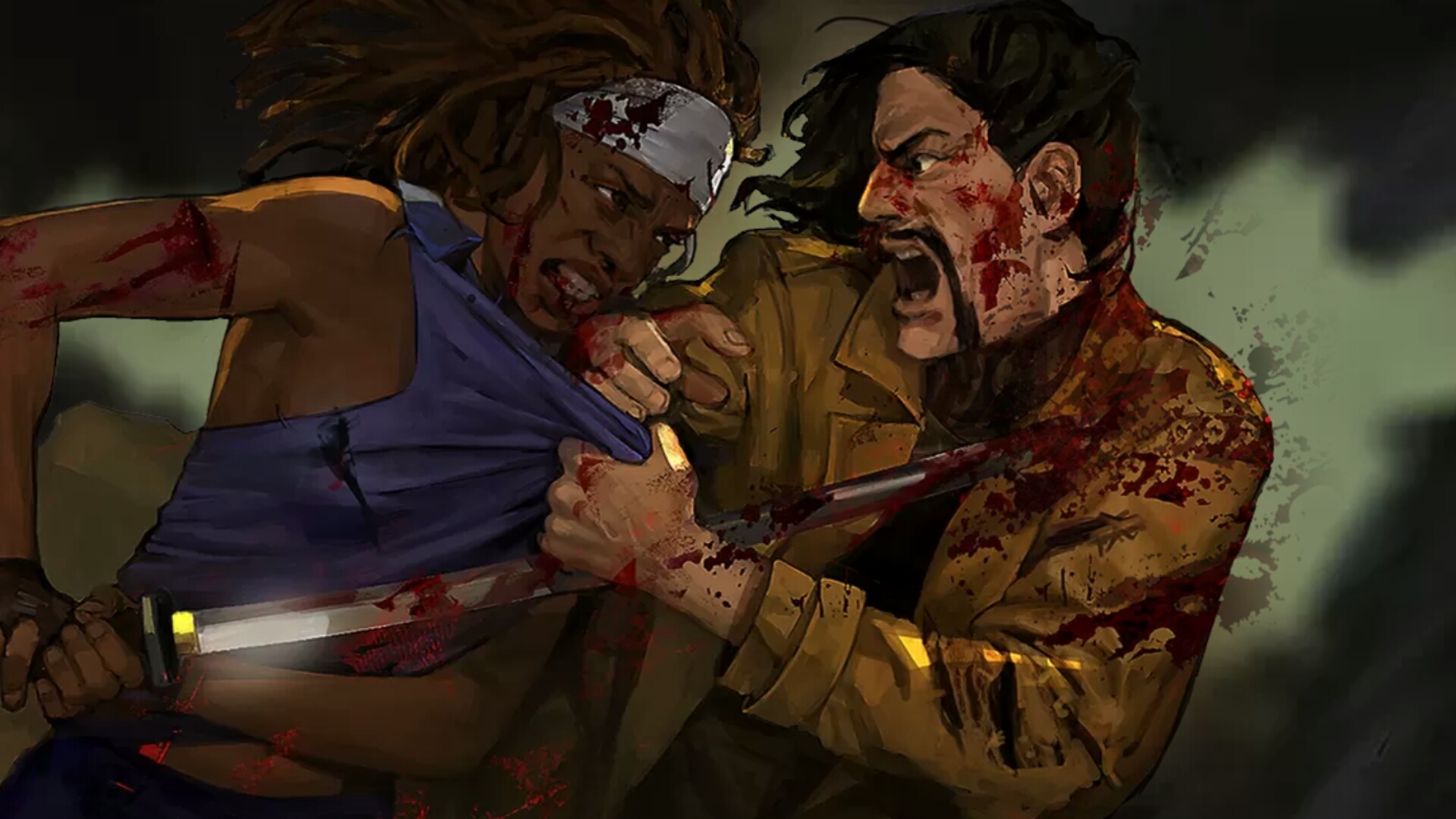 If there’s a fictional world that is ripe to be used on the simulation-strategy genre, that would be The Walking Dead.

The walker overrun world of Robert Kirkman and Jay Bonansinga presents its characters in not just zombie kicking mode, but also in survival mode as well. You get to see the characters both onscreen and in the comics scrounge for supplies and try to establish a community in trying times. And these are the elements that sim-strat games use heavily in varying forms to bring their theme to life. However, there are those rare occasions that the game’s premise really fits well with the gameplay used.

Scopely’s The Walking Dead: Road to Survival gives us that feeling of an organic combination between story and gameplay. It’s a simulation-strategy RPG for the android and iOS. The game follows the story of Woodsbury at the start of the Governor’s reign. 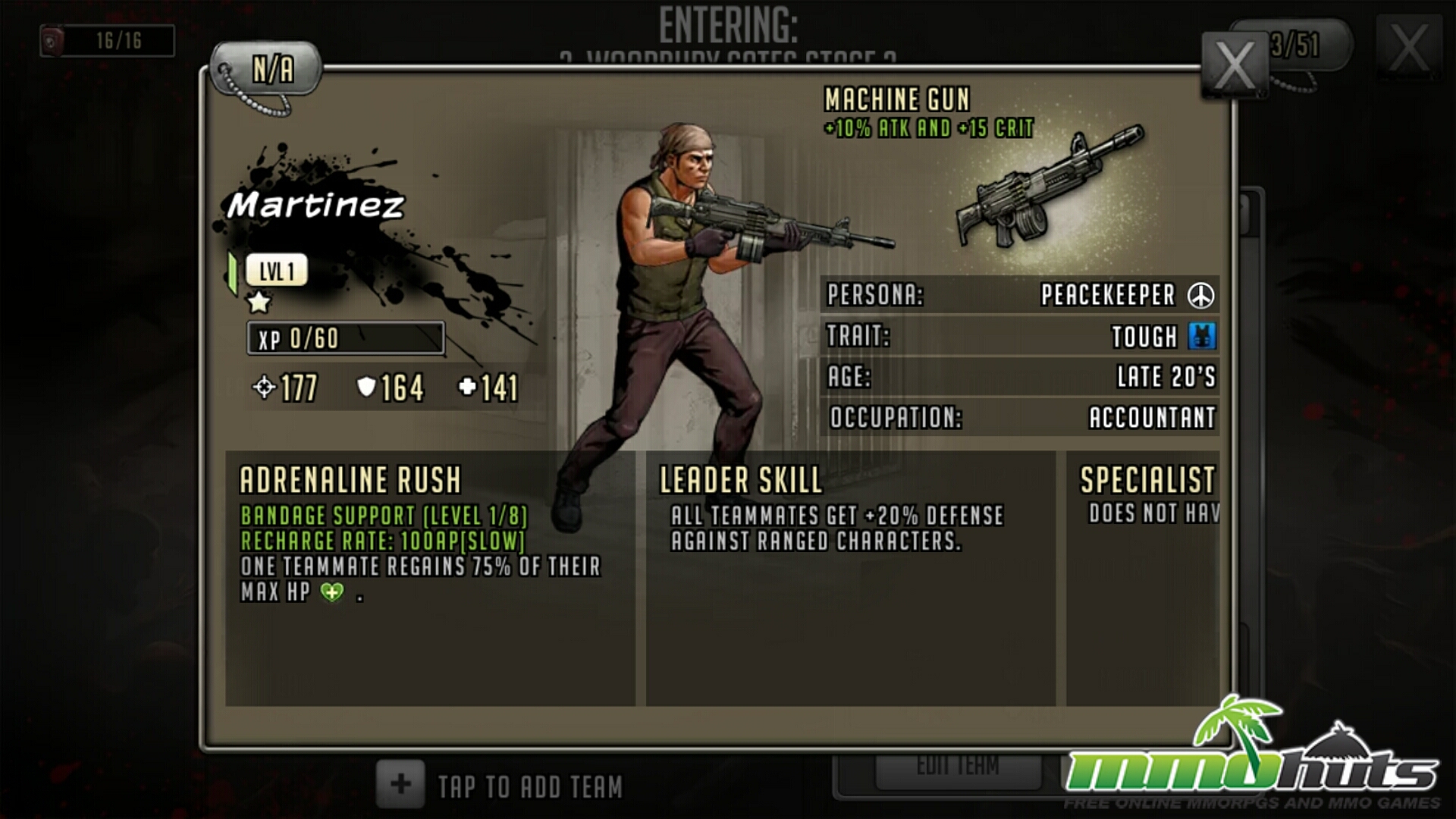 Road to Survival takes elements from the comic and TV version of the series. One of the more prominent examples here is Rick Grimes himself. In Road to Survival, you get to see the Rick of the comics where his right hand is already gone. But you can still get his TV version as one of your trained characters in-game.

For those who aren’t familiar with the Walking Dead. Woodsbury is one of the major survivor spots focused in both mediums. Woodsbury is the base of operations of one of the big bads Rick and the Atlanta group faced in the series, the Governor. Balancing the needs for survival versus the corruption of power, its an ideal hotspot for morality issues and action all rolled into one.

Since Road to Survival focuses on the establishment of Woodsbury, the sim-strat elements would primarily have you building up your resource generating structures. These resources are segregated into two categories: food and materials. Alongside resource gathering, you will also have to train the survivors that join your camp. They would then have to fight alongside your heroes to survive and be useful to Woodsbury.

Another gameplay element included in Road to Survival is the RPG element of choosing decisions based on the narrative. There will be instances during the single player story campaign that your avatar will be asked to decide for the team. These decisions seem to try to convey a bit of interactivity between the game and the player. Your team will react differently to you based on your chosen actions, as well as rewarding you with tangible bonuses at the end of each story arc. Some of these choices follow the typical “do we kill them or not” vibe as the situations where these options come out are often hinged on these supposedly emotional elements. 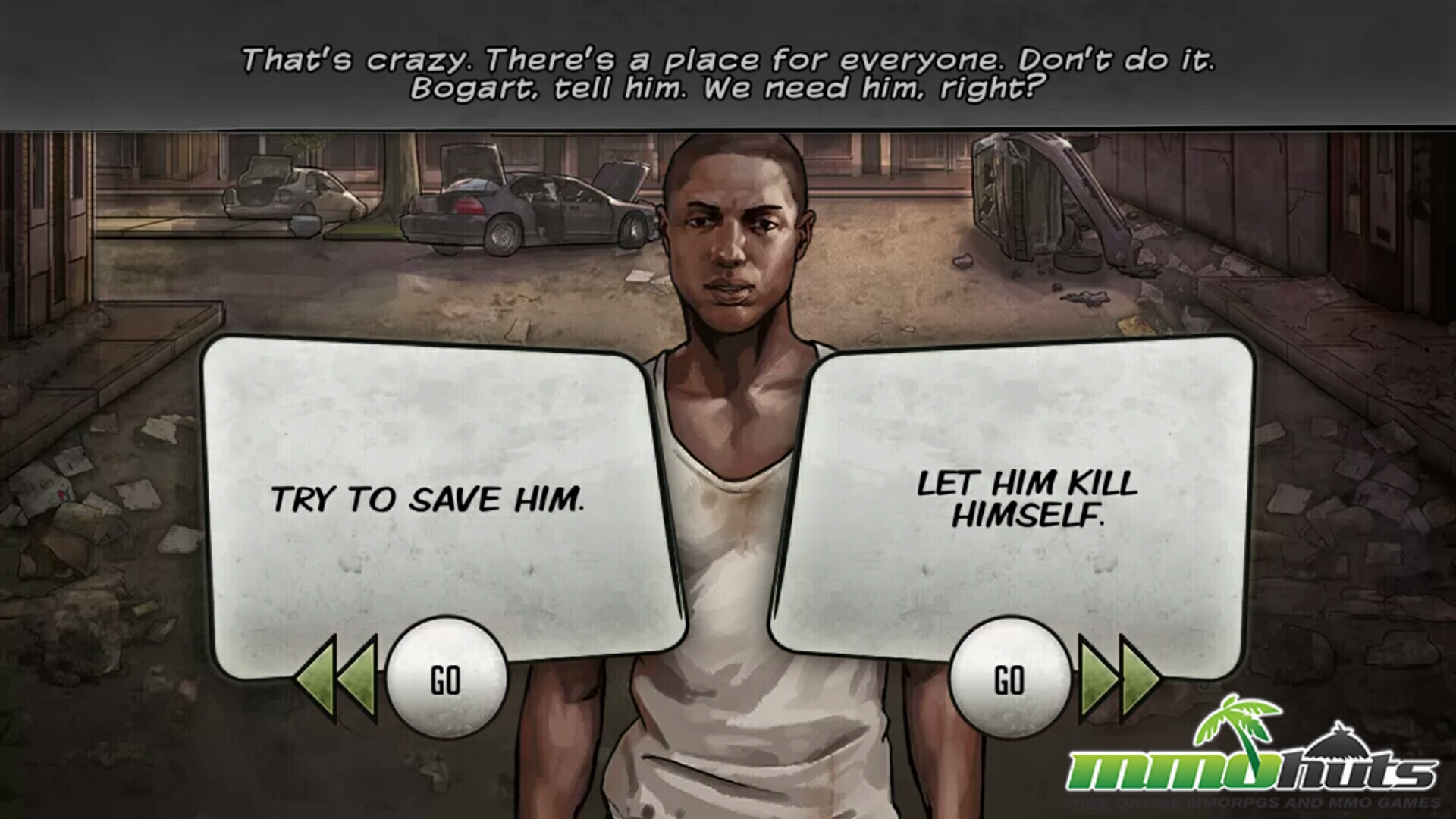 The problem with this attempt of interactivity though is the lack of any kind of emotional attachment you have with the characters in question. Since you haven’t interacted with the characters any more than the in-game cut-scenes you are given per campaign mission, the whole experience feels a bit shallow. You would oftentimes just decide to off someone because you don’t want to see them, or don’t like the cut of their gib. This makes these choices cute gimmicks that lack the emotional punch you’d expect whenever making life or death decisions. Considering the comic and TV show are one of the most emotionally charged experiences in their medium, this lack of connection to characters hits all the harder on mobile. In Road to Survival, only the most sensitive of people will have that kind of connection, while your precious tactical team remains untouched in their plot armor.

Does this mean that this game feature is bad? Or that the game as a whole is terrible? The answer is no. While Scopely’s attempts in making the emotional attachment stick with characters in the RPG elements of the game tanked, the game as a whole is rather solid. It’s one of the best put together sim-strat titles on the market right now. The game, while limited in tons of other areas other sim-strat titles have, doesn’t feel rushed or even cheap. The game’s visual design looks like it’s a choose-your-own-adventure app for The Walking Dead. The illustrations and designs seem to be taken directly from the comics themselves. Road to Survival adheres to the dark and foreboding visual theme The Walking Dead is known for which is a plus.

Game design is superb in Road to Survival because it’s really intuitive. Even if you happen to miss the tips/cues the game gives you at the start of the game, you won’t be staring at the screen puzzled on how things work. You can create/update teams with just a few swipes. Upgrading and leveling up your various characters is a breeze. Building structures and upgrading them is a snap. The UI is also well done as the game has one of the cleanest interface I’ve seen in a sim-strat game for some time. 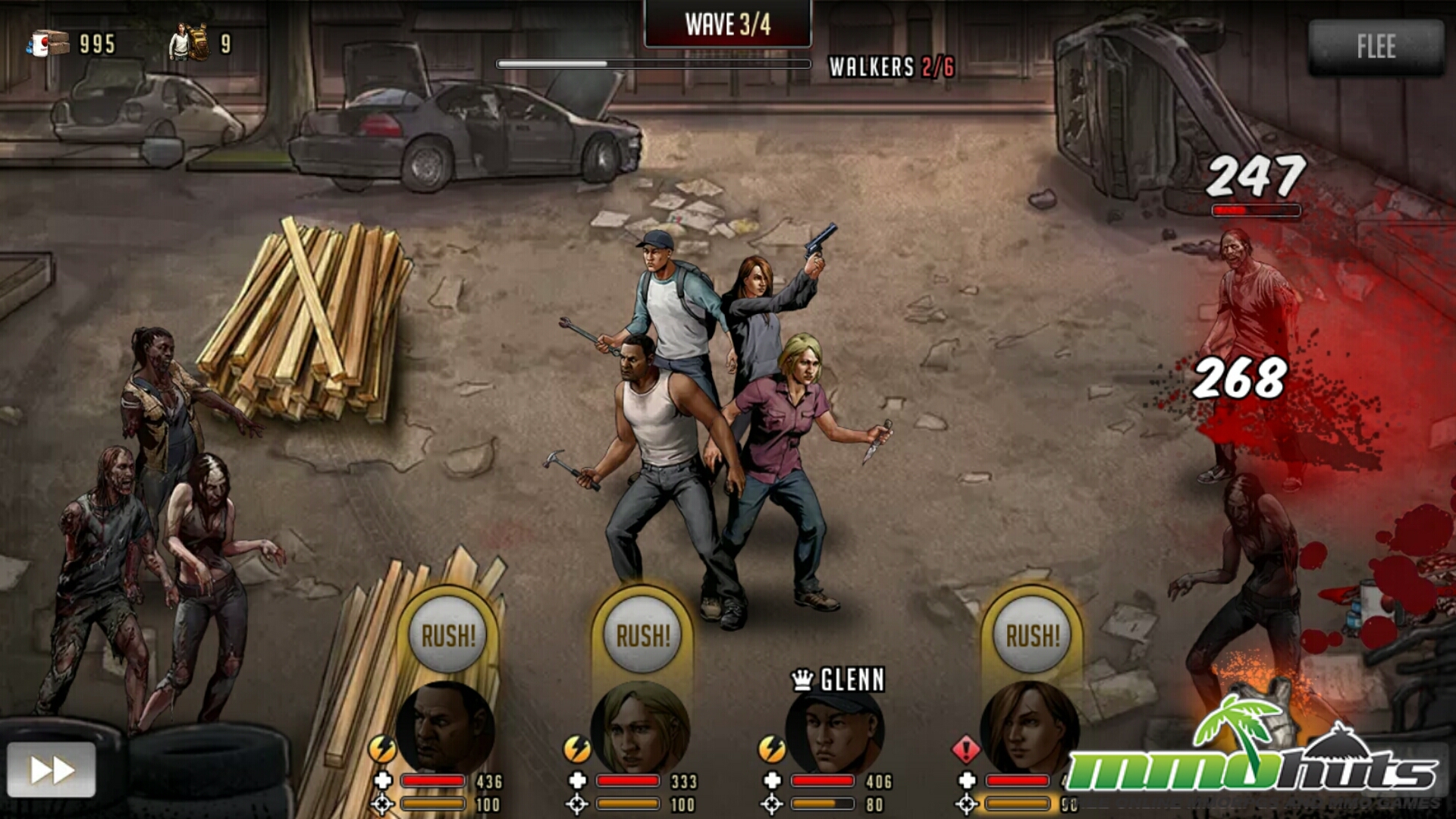 I really have to hand it to Scopely; they really did their job in Road to Survival. The game is one of those titles that feels like it was really well thought out, and the time and effort put into the game just shines with the quality it has.

The Walking Dead: Road to Survival is a game that’s hard to really nit pick on. Scopely has done a wonderful job with only a few nit picks that only hardcore fans will care about.

You can’t claim for it to have any spoilers for the ongoing series or comic since the story builds up on events prior to Woodsbury being critical in the narrative (though this can be debatable depending on how the TV/Comic series pans out).

Road to Survival is a game that is accessible to both fans and to those who are just looking to have a decent sim-strat title in a zombie setting. It provides a bit more berth in the whole TWD narrative and can be seen as either a standalone  or alternate story for the series. On the other hand if you’re someone who’s just looking for a well made sim-strat game, Road to Survival is a title that can appease even the most critical of gamers out there.