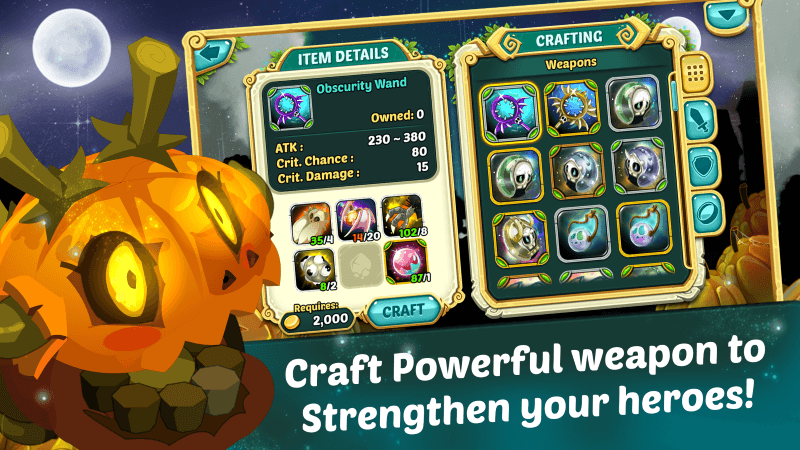 New content is now available for the mobile RPG Wakfu Raiders! For the next few weeks, Wakfu Raiders will be going through a festive Halloween season where all the dungeons and game world will be decorated with Jack O’ Lanterns and other spooky designs. Players will also get to win new exclusive Halloween weapons for clearing out dungeons.

On top of that, new features are also added in this spooktacular version of Wakfu Raiders. The update will introduce a new difficulty level for Crypt mode, a new recruiting item called a Summoner’s Key, and a revamped unit user interface.