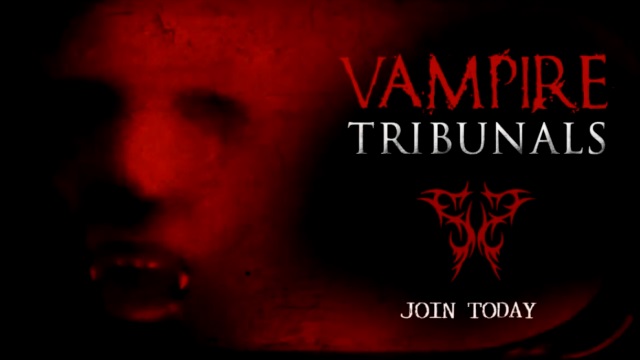 Today mobile video game publisher Clazz Games and developer Raincrow Studios launched Vampire Tribunals on Google Play, extending the real-world supernatural experience to Android devices around the world.  Android players can now join their vampire brethren in combat, biting through thousands of victims on their mobile device using in-phone navigation as they locate their next prey. With the release of the Android version both iOS and Android gamers can now battle each other playing as vampires while using your real-world location to attack, defend your House and domain all while leveling up to become a fierce competitor throughout the globe.

Jump today into the game’s Autumn Tribunal: Rise of the Nine tournament, with all new quests and world events for players, such as Sleepers of the Mound where players search Scandinavia for the green witch lights that mark where the infamous Draugur rest. Players will experience: